Manitoba’s NDP will fund a program developed by Main Street Project to address the methamphetamine crisis they say will reduce pressure on emergency departments and free up police.

Manitoba's NDP will fund a program developed by Main Street Project to address the meth crisis that they say will reduce pressure on emergency departments and free up police.

If elected, the party's leader says, the government would implement the plan within 100 days.

The pledge involves a $1.5 million up-front investment, as well as $2 million annually so Main Street Project can expand its services, hire additional staff and create an environment specialized to care for people on meth.

"There is a desperate and an urgent need. We have seen a lack of action for too long and we know that this is the first of many steps that we need to take to get a  handle on the addictions crisis in Manitoba," said Wab Kinew.

"There is a need to bring more mental health, health care and addictions resources to the front lines of this struggle against addictions, so that law enforcement can go back to do what they do best, which is keeping us safe, so that doctors in emergency rooms can go back to practising emergency medicine."

The funding would allow the centre, which currently only provides overnight detention for alcohol-intoxicated people, to take people high on meth as well. Kinew says the plan answers cries from Winnipeg's police chief, mayor and community organizations including the Mama Bear Clan to address a growing problem.

This is not just a meth crisis, this is an addictions crisis that has been at work for long, long periods of time in our community. And for far too long, we've seen governments ignore this."​​​​​​- NDP Leader Wab Kinew

It would also allow the expansion of its 14-day, on-site detoxification program, long-term treatment for up to a year in the centre's residences and long-term support to help people transition back to the community.

"Crucially, this plan, developed by Main Street project, also has a transitional housing piece, which would see people return to the community with additional supports so that hopefully they can turn their lives around for the better."

The funds would also go toward hiring another nurse practitioner, more registered nurses and altering the spaces within Main Street Project so that they're safe for people in psychosis or coming down from the effects of meth, a much longer and at times more violent process than that of alcohol.

"We can deal with meth psychosis issues because we do it every day, 24 hours a day, day in and day out," said Tahl East, director of detoxification and stabilization at Main Street Project.

She says the staff there already have connections and trust with people struggling with meth addiction, which goes a long way toward reducing violent behaviour and building hope for treatment. She says they just lack the resources to expand, and offer more than just a 30-60 day treatment plan, when meth addiction recovery takes much longer.

A spokesperson for the Progressive Conservative government said it's a problem they take seriously and further initiatives are underway.

"Wab Kinew and the NDP are once again making up new promises to pretend to solve the complicated problems associated with the rising use of illicit drugs, including methamphetamine, in our communities," said a party spokesperson. "Earlier this year, they called for injection sites and more access to illicit drugs for users."

By contrast, the spokesperson said, the government's, rapid access to addicions medicine (RAAM) clinics, the six treatment beds opened up at Health Science Centre, the 36 new treatment beds at Addictions Foundation Manitoba and four more at the Behavioural Health Foundation are addressing the problem, and are endorsed by health and justice officials.

The spokesperson added the government approved the addition of 120 beds at their shelter, which will help Main Street Project leverage expansion funds from the federal government.

"Manitoba Liberals are glad to see the NDP finally get on board what we've been calling for over a year — to create long-term treatment and transitional housing. Up until now, the NDP had just been calling for safe-injection sites," said Manitoba Liberal Leader Dougald Lamont. He says his party has a plan for the meth crisis that addresses the needs of all Manitobans, not just people living in Winnipeg.

Kyle Merasty, a client of Main Street Project who is battling his addictions, said he wants the centre to expand to treat meth, too.

"The meth addiction is conquering us all. Look at the neighbourhood — alcohol, meth, it's ruining us all. I believe there's going to be help coming our way. The Main Street Project, they help so many people."

Kinew says for a year, Pallister has failed to acknowledge Main Street Project's plan for meth.

"As a result we've seen an addictions become a public health and a public safety issue," he said.

"This is not just a meth crisis, this is an addictions crisis that has been at work for long, long periods of time in our community. And for far too long, we've seen governments ignore this." 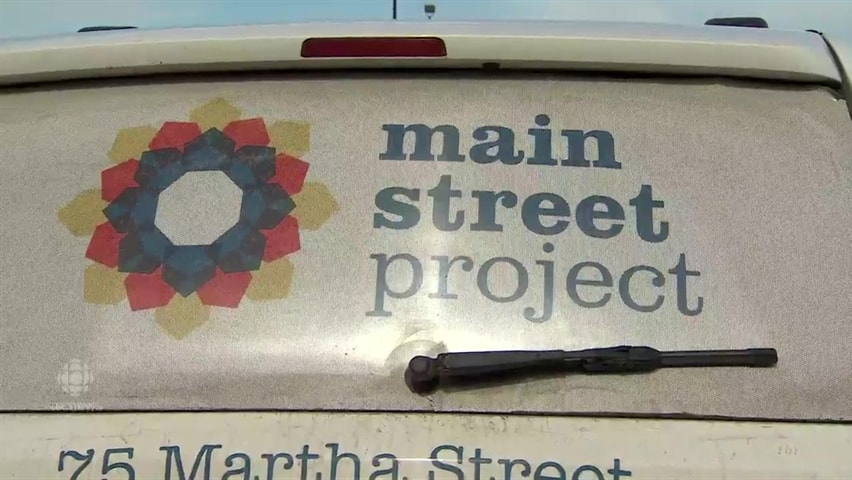