NDP calls on province to test all workers at Maple Leaf in Brandon, 'dramatically increase' capacity

Manitoba's Official Opposition wants the government to offer COVID-19 tests to more than 2,000 workers at the Maple Leaf Foods plant in Brandon — and to step up testing across the province before school starts in September.

Manitoba's Official Opposition wants the government to offer COVID-19 tests to more than 2,000 workers at the Maple Leaf Foods plant in Brandon — and to step up testing across the province before school starts in September.

NDP Leader Wab Kinew said workers and their representatives from the pork processing facility want access to testing after a cluster of sick workers was announced last week. As of Monday, 22 employees at the plant had tested positive for COVID-19.

The province has refused the testing request on the basis it would strain testing capacity, Kinew said.

He's urging the province to test everyone at the plant and "dramatically increase" testing capacity across Manitoba.

"There's an urgent need to increase testing capacity in Brandon and in the Westman region.… We should be looking at this, as Manitobans, as an important test, in advance of the back-to-school time of year," Kinew said.

"If we're not able to test 2,000 Maple Leaf employees right now when there's concerns about an outbreak in that part of the province, what's going to happen when we go back to school?"

Last week, United Food and Commercial Workers Local 832 — the union that represents most of the workers at the plant — called on Maple Leaf to shut the facility down as the number of sick workers climbed.

The company and provincial public health officials have said there's no evidence of COVID-19 transmission at the plant.

"The current protective measures in place in our plant are the best proactive means we have to protect our employees," Maple Leaf vice-president Janet Riley said in a statement Wednesday afternoon.

"They include mandatory face coverings, temperature and health screening before team members enter the plant, the use of Plexiglas separators at workstations and careful social distancing throughout the plant."

With no evidence of transmission within the facility, Riley said it's important to take measures to prevent transmission in the community at large. To that end, she said Maple Leaf president and CEO Michael McCain sent a letter to Brandon Mayor Rick Chrest, with a pair of suggestions.

First, McCain urged Chrest to mandate the wearing of masks in public places where social distancing is not always possible, such as grocery stores, libraries and other retail outlets.

Second, the company has offered to donate and distribute masks throughout the community. Riley said the exact number hasn't been confirmed, but it would be "more than enough for all the residents of Brandon," a city of roughly 49,000.

A spokesperson for Chrest's office said the mayor has received the letter from McCain, and will respond as soon as possible.

Dr. Brent Roussin, Manitoba's chief public health officer, said Monday that some of the workers' cases are linked to a larger cluster of COVID-19 cases currently in Brandon. As of Monday, that cluster was at 64 cases in total.

"It's very clear that we need to increase the number of tests that we're doing here in Manitoba, just to provide people with peace of mind, but also to have a more accurate snapshot as to the nature of this cluster here," Kinew said Wednesday.

Manitoba Premier Brian Pallister rejected Kinew's call and criticized the suggestion, saying it is not based in science.

"Mr. Kinew is wrong. He is making an assertion that is dangerous and misguided and I would urge him to listen, more appropriately, to those who are experts in this area, which he is not," Pallister said at a news conference in Brandon early Wednesday afternoon.

Roussin has previously warned against putting too much stock in testing people who don't have any symptoms. People without symptoms are more likely to get false negatives, the chief public health officer has said, and may test negative one day only to develop COVID-19 symptoms the next.

"Dr. Roussin has been very, very clear that there's very questionable benefit to a non-symptomatic person being tested — that that simply creates a longer line for someone who has symptoms," Pallister said. 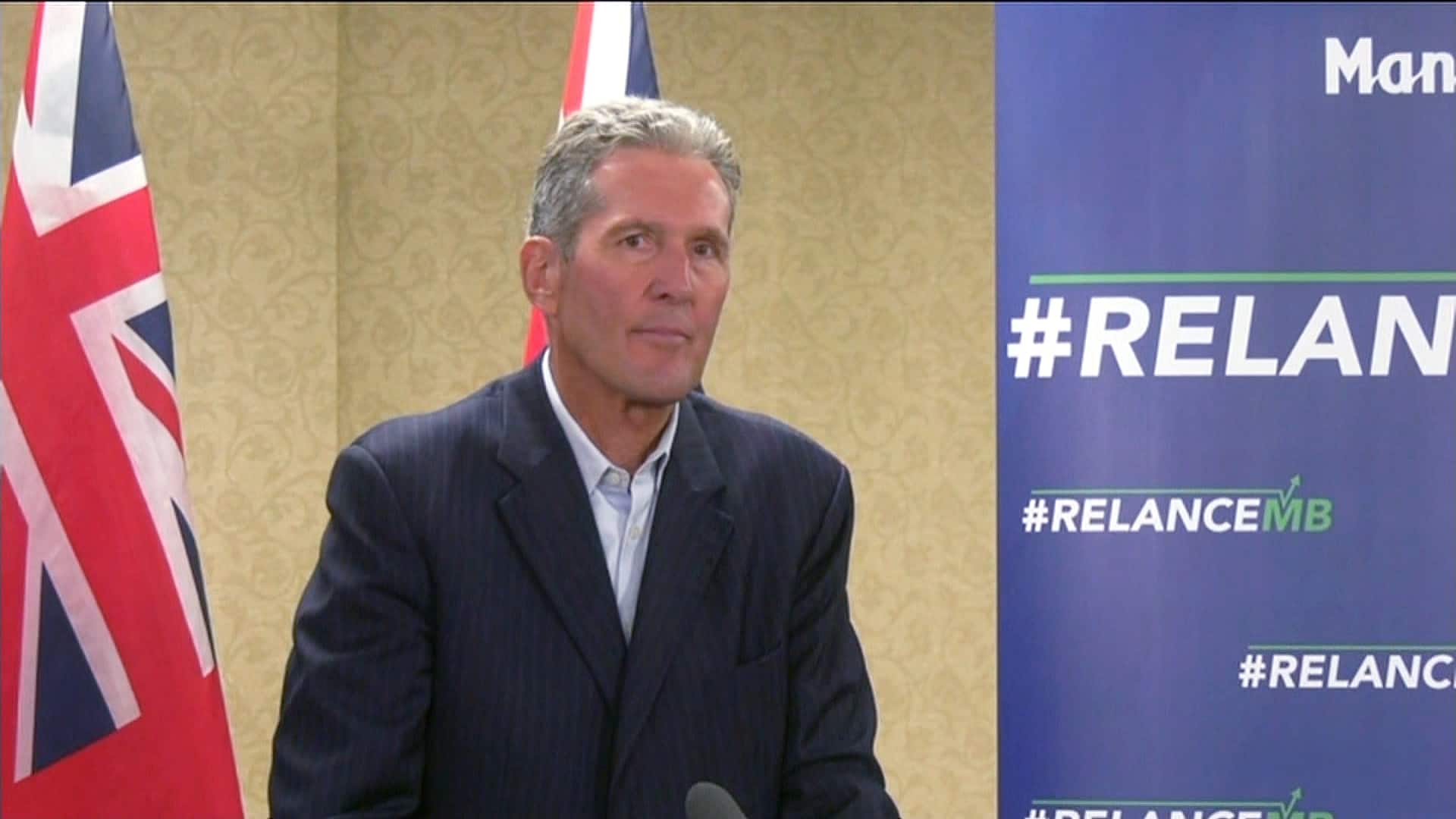 Brian Pallister on testing all Maple Leaf workers in Brandon

2 months ago
1:25
Manitoba's Official Opposition wants the government to offer COVID-19 tests to more than 2,000 workers at the Maple Leaf Foods plant in Brandon — and to step up testing across the province before school starts in September. 1:25

Kinew argued that caution shouldn't apply in the Maple Leaf case because of the known cluster in Brandon, including people who work at the plant.

"In a very specific instance where you have … a cluster within a specific group of the population, it is in keeping with Manitoba Health guidelines, so far, that they do that surveillance testing," he said.

Long lineups and increased demand for testing prompted the province to open a second community testing site in Brandon this week.

But Kinew said the bigger issue facing the province is in the labs that process testing. The province hit its highest reported daily test count on Saturday at 2,062 tests and expects to be able to process 2,500 per day by the end of August.

The NDP didn't have a clear target for how many tests Manitoba should be able to process per day on average, but Kinew said the province needs to be able to accommodate sudden surges.

"The fact that the province is saying, 'Well, we can't do that because it'll put too much of a strain on the system' is highlighting a very critical deficiency as we head back to school in Manitoba," Kinew said.