​The National Arts Centre Orchestra will perform in Winnipeg Thursday night as part of its cross-country Canada 150 tour, bringing to the life the words of the Mi'Kmaq poet Rita Joe with a massive multimedia performance at the Centennial Concert Hall.

The National Arts Centre Orchestra will perform in Winnipeg Thursday night as part of its cross-country Canada 150 tour, bringing to life the words of the Mi'kmaq poet Rita Joe with a massive multimedia performance at the Centennial Concert Hall.

The tour has already taken the Ottawa-based orchestra to the East Coast and Toronto.

The orchestra will play several pieces Thursday night, including Antonin Dvorak's well-known New World Symphony, but getting the most buzz is John Estacio's I Lost My Talk, a new work based on Joe's poem.

It's about Joe's personal experience in a residential school.

"In just a few lines, she talks about that experience and talks about extending her hand to us and saying, 'Let me teach you about me,' now that she's found her voice," said Alexander Shelley, the music director and conductor of the National Arts Centre Orchestra.

"My hope, our hope was that it would be a thought-provoking piece."

I Lost My Talk was commissioned by the NAC, Shelley said, to be part of an important conversation that's happening in Canada around truth and reconciliation.

"This question of, what happened at the residential schools? How can we, a Western symphony orchestra, play our part in that conversation? How can we say, 'Look, we believe it is important?'" he said.

Shelley explained the NAC Orchestra is one "that feels like it has a mandate to be a voice for artists around the country."

Thursday's show will also include a performance by Calgary-based pianist Jan Lisiecki. "You'll hear what a true virtuoso sounds like at the piano," said Shelley.

It will also mark the start of a tour through Western Canada before the orchestra heads north.

"By the end of the year we will have performed in, and done education events and outreach events, in every province and every territory in the country," said Shelley. "On this leg of the tour, in the next two weeks, there's 150 educational events."

On Wednesday, Shelley and others from the NAC held a concert at Winnipeg's Thunderbird House, featuring Indigenous performers.

Shelley is personally involved in seven to eight events in Winnipeg, including working with emerging artists at the University of Manitoba.

Tickets are still available to Thursday night's performance, the only chance Winnipeggers will have to see the show before it leaves the city.

"If you're a regular concert-goer, you're going to hear a symphony and a concerto that you know and we're going to play the hell out of it. We're going to have a great time with it. But you're also going to hear a new work, this amazing piece by John Estacio, I Lost My Talk, based on the poem," said Shelley.

"We're presenting what I think of is the best of the National Arts Centre Orchestra." 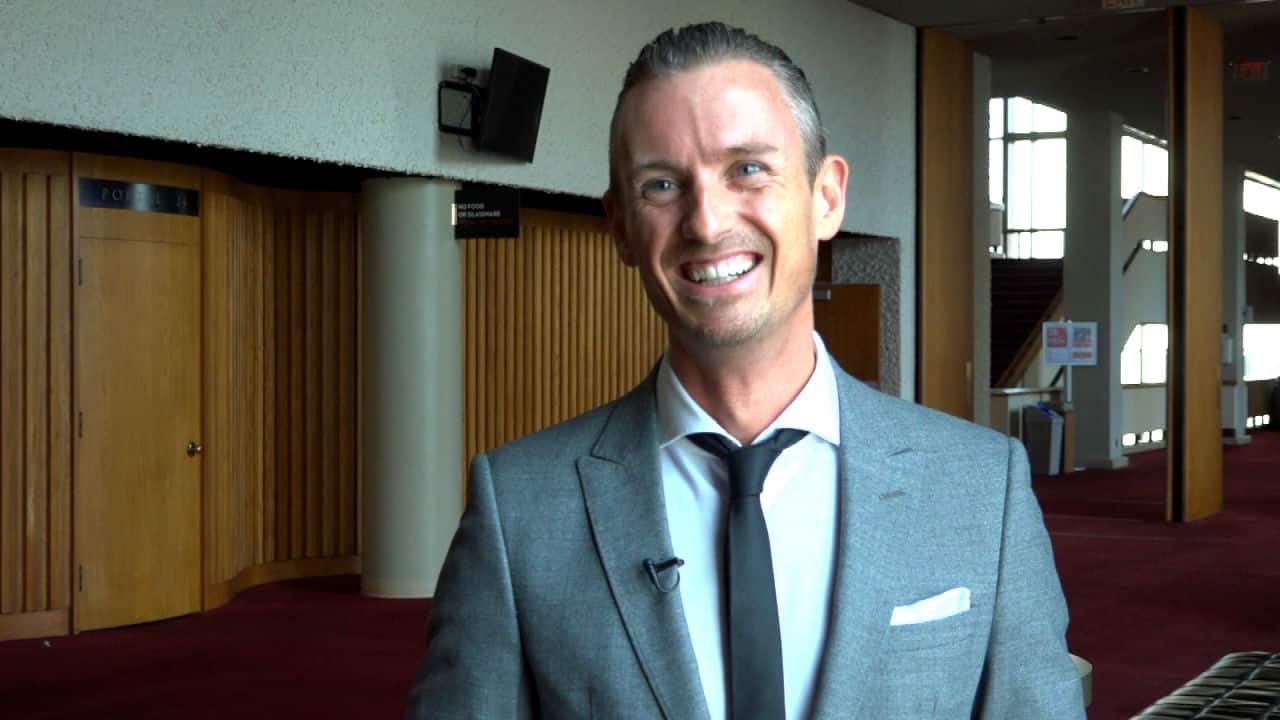 3 years agoVideo
2:04
The National Arts Centre Orchestra will perform in Winnipeg Thursday night as part of its cross-country Canada 150 tour, bringing to life the words of the Mi'kmaq poet Rita Joe with a massive multimedia performance at the Centennial Concert Hall. 2:04
CBC's Journalistic Standards and Practices|About CBC News