After fleeing political persecution in Ethiopia, 25-year-old Kuku Admasu is making a new life for herself and her two sons in a brand-new transitional home for asylum seekers in Winnipeg.

After fleeing political persecution in Ethiopia, a 25-year-old single mom is making a new life for herself and her two sons in a brand-new transitional home for asylum seekers in Winnipeg.

Sitting at a large table, feeding her toddler spoonfuls of purée on Tuesday, Admasu described her new home as "beautiful."

The idea for Naomi House was born five years ago. After years of fundraising, City Church began construction at 700 Ellice Ave. two years ago. Just about every aspect of the building, from the architectural drawings and engineer specs to the plumbing and electrical work, was the work of volunteers.

Admasu and her two sons, Amen, 2, and Gabriel, 8, are the first refugees to finally move in.

They are among the thousands of refugees who have arrived in Canada in the last year by illegally crossing the border on foot between official ports of entry.

The family arrived in Emerson, Man., Sept. 13, after Admasu paid a smuggler nearly $2,000 to take them by bus from their previous home in Dallas to the Canadian border, she said.

Admasu said they lived in the United States for two years and decided to come to Canada after their refugee claim there was denied.

"We are here because we can't go back [to] Ethiopia," Admasu said. "If we go back it will be too hard for us."

Her husband is a member of the Blue Party in Ethiopia, one of the country's few remaining opposition parties, she said.

In recent years, the Ethiopian government has faced criticism for branding opposition members "terrorists" in an attempt to silence them. In May, the BBC reported the leader of the Blue Party was found guilty of the charge and sentenced to decades behind bars.

Admasu came to the United States and then Canada for the safety of her sons, she said.

"I will do whatever it is for [survival]."

Named after a refugee who fled famine in the biblical Book of Ruth, Naomi House can house up to 20 asylum seekers in its seven bedrooms. Staff provide assistance with meals, internet and telephone access, and programs like sewing circles and English as an additional language cafés.

Rent is pegged to Employment and Income Assistance rates.

Refugees of all faiths accepted

Tim Nielsen, a pastor at City Church and a member of the committee that created Naomi House, said the home's role is to help new refugees reach the next step in their settlement.

If all goes according to plan, after six months, refugees will leave not only having a home to go to and a job, but friends in the community, a favourite grocery store, better English skills and a sense of how to get around in Winnipeg.

He expects many of the clients to be asylum seekers like Admasu, who entered Canada with a suitcase and little safety net to speak of.

While Naomi House was built by Christian volunteers, Nielsen said refugees of all faiths are welcome and they will not be pressured to convert to Christianity.

"Our view is that as a church, our concern is for the person and how they are doing," he said. "They will be loved and cared for and accepted."

Admasu smiles when she talks about her temporary new home. She said Naomi House is a lot different than the Salvation Army shelter where she and her boys slept for the last three weeks.

Her plan now is to enrol her older child in school and file her remaining immigration documents. Then she will focus on finding a job.

In Ethiopia, Admasu was a hairdresser and with a bit more training she hopes to find similar work in Winnipeg. But, as she grabbed her younger son close, she said she'll take anything she can get. 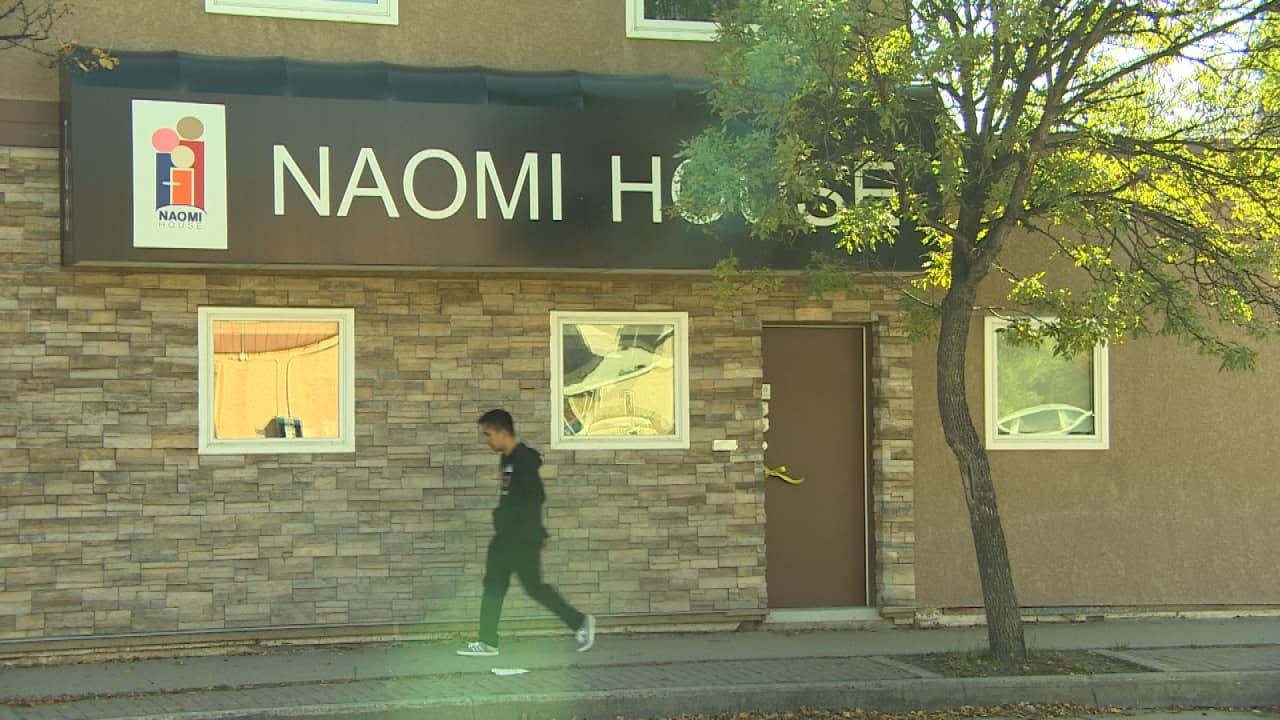 A new home for refugees in Winnipeg just opened its doors.

3 years agoVideo
1:59
Naomi House on Ellice Avenue aims to support asylum seekers as they get settled. Single mom Kuku Admasu from Ethiopia and her two sons are the first tenants. She's grateful to have a safe home for her young boys. 1:59
CBC's Journalistic Standards and Practices|About CBC News