From dirt to dollars — some Manitoba mushrooms can yield a nice payday for those willing to search them out. 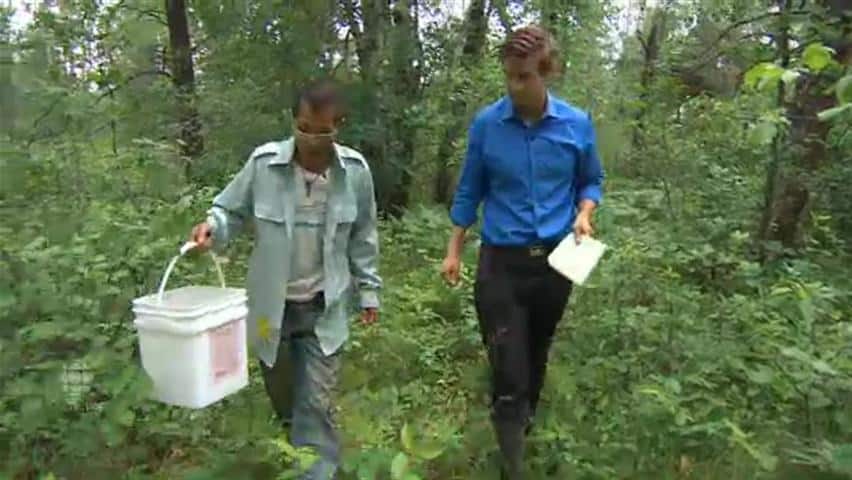 7 years ago
1:48
From dirt to dollars — some Manitoba mushrooms can yield a nice payday for those willing to search them out. CBC's Chris Glover reports. 1:48

From dirt to dollars — some Manitoba mushrooms can yield a nice payday for those willing to search them out.

​Tran said the morels sell for $40 a pound and you can get up to $400 a pound for the lobster mushrooms.

But he's not about to tell anyone where to find them. When it comes to mushroom hunting, secrecy is paramount, Tran said.

​"As a mushroom hunter, people that are not educated, they end up pulling all the mushrooms out. When that happens, the entire ecosystem dies off," he said.

"We try to keep it secret for people that know how to pick it properly, so every year you at least have something in return."

He said there are a few tricks to finding them he is willing to share, however.

"That's what we look for," he said. "Go right into the pine trees."

Tran has been foraging for mushrooms for two decades. He said if you don't know what you're doing, it can be dangerous.

"You could actually get poisoned," he said. "You could kill yourself. A lot of mushrooms out there are quite toxic."

In fact, the province warns inexperienced people not to pick mushrooms. Another fact: Tran said you should not 'pick' them at all, but cut them out. He said pulling them out of the ground disturbs the growing area.

Tran uses his finds in dishes at his downtown restaurant.

"I could range from three up to 10 dishes with it," he said.

Tran said using mushrooms he finds and prepares on his own helps him - and his customers - avoid chemical additives.