A multiple sclerosis patient from Saskatchewan who travelled to India to undergo an experimental stem cell treatment is defending the Winnipeg company that recruited her for the therapy and study, which some have called into question. 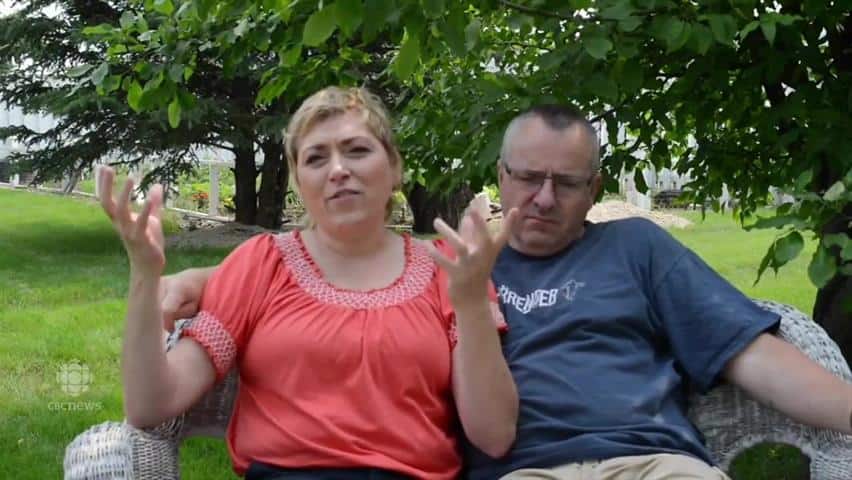 6 years ago
2:12
A multiple sclerosis patient from Saskatchewan who travelled to India to undergo an experimental stem cell treatment is defending the Winnipeg company that recruited her for the therapy and study, which some have called into question. 2:12

A multiple sclerosis patient from Saskatchewan who travelled to India to undergo an experimental stem cell treatment is defending the Winnipeg company that recruited her for the therapy and study, which some have called into question.

Regenetek Research has been under scrutiny following media reports this week about its CEO, Doug Broeska.

Broeska had recruited MS patients to take part in the experimental and expensive study, which was administered in India, involving stem cell injections combined with so-called liberation therapy, which involves the widening of veins in the neck.

He was, until recently, also the principal researcher for the study related to the treatment.

However, some patients have questioned Broeska's qualifications as a researcher. As well, some say the therapy did not work for them, and they were not receive proper followup.

Other patients, like Linda Friesen of Tisdale, Sask., reported having success with the therapy.

"I am shocked right now. I am surprised in what has been said," she told CBC News when asked about the latest allegations.

Friesen said she used to rely on a wheelchair because of her MS and injuries from a car accident, but she left that wheelchair behind at the hospital in India after undergoing the experimental treatment — which cost her $34,000 US — in 2013.

"It's so amazing to have this opportunity to be part of the research," she said in a promotional video produced by Regenetek.

Friesen told CBC News that the company has paid her to help other MS patients in Saskatchewan with their paperwork.

In a statement issued Thursday, Regenetek Research says its stands behind its role in the stem cell therapy study, "namely as researchers tracking participant progress following medical treatment, with such medical treatment having been provided by third-party medical practitioners located in India.

"Regenetek Research and its researchers do not provide medical treatment in connection with the clinical study," the company's statement reads in part.

"Further, the study was never intended to replace other medical treatment and individuals were directed to stay in contact with their treating physicians. We are scientists simply tracking the progress of participants who have chosen to attempt innovative therapy options and to have their results noted by us for scientific study."

Last month, the ethics committee with the hospital in India where the treatment was being performed ordered Broeska to step down as principal investigator, saying his lack of credentials and medical followup "violated international ethical standards."

Broeska had stated on a LinkedIn profile that he has a PhD from the University of Manitoba, but the university confirmed that neither a Doug Broeska nor a Henry Douglas Broeska graduated from there. The profile has since been removed from the site.

The International Cellular Medicine Society and the College of Physicians and Surgeons of Manitoba both said they have no record of Broeska as a member.

Broeska has not responded to requests from CBC News for an interview. The company's statement was not signed by him, and it does not directly address specific questions about his credentials.

Broeska has defended his qualifications to another media outlet and in emails to patients.

In one message, obtained by CBC News, he told a patient that his credentials are sound and he is "competent to perform research of this type."

Meanwhile, some in the scientific community say they're worried that the fallout from this and other controversies could result in confusion about stem cell research as a whole.

Dr. Duncan Stewart of the Ottawa Hospital Research Institute, which is conducting research on using genetically enhanced stem cells to repair damaged heart muscle, said the field is in its early days and has tremendous promise.

"It only takes one high-profile significant problem to make everyone very nervous," he said.

Tim Caulfield, the Canada Research Chair in Health Law and Policy at the University of Alberta, agrees.

The Canadian Stem Cell Foundation says it wants the federal government to invest $50 million in stem-cell research in each of the next 10 years.

It also wants Ottawa to streamline the process for clinical trials in this country "so that Canadians that are suffering have access to treatments that are safe and proven to be effective," said James Price, the foundation's president and CEO.