A picture may be worth a thousand words, but a Winnipeg man is hoping his massive movie collection can pull in $1 million.

A picture may be worth a thousand words, but a Winnipeg man is hoping his massive movie collection can pull in $1 million.

Walking through the floor-to-ceiling shelves, packed with DVDs, Blu-ray, Laserdiscs, VHS and Betamax tapes, in the basement of his Winnipeg home, Malik points to the movie that started it all — Jurassic Park.

"It's my favourite movie so I bought all the different versions of it from England, Germany, all the different special editions over the years. I just keep buying new ones and all the formats: VHS, DVD, Blu-ray."

The first movie came as a gift 25 years ago, when Malik was 11 years old. After that, he started searching video stores, pawn shops, flea markets and anywhere he could get his hands on a movie.

Now, 500 square feet of his house are filled with movies and television shows, from The Godfather to Die Hard to the latest Superman movie, with a lot of other films and shows in between.

He's not particular about genre, but special collections catch his eye.

Malik proudly pointed to the multiple shelves holding his other prized possessions: the movies from the Criterion Collection. Criterion specializes in special editions of important classic and contemporary films — a must-have item for any cinephile.

"They are typically very expensive. Some of them go out of print and it makes them very hard to find and very expensive and valuable," Malik said.

"I have just over 500 of those. Those would probably be the creme de la creme, if you will."

Malik smiled broadly talking about the collection, stored in alphabetical order (chronological if it's a series), but he said it was time to slash it down to a more modest number. He said that means leaving only 500 movies in his personal collection.

The collection was initially posted on eBay in August, and according to the website it has had 45 offers. Malik said he's being realistic that the collection, which he is calling the largest in the world, might not garner a million-dollar bid, but he remains hopeful.

"I've had as little as $1. I don't really want to say what the most was, but it still wasn't enough," Malik said.

"I get the compliment from how much people love to see the collection and appreciate what I have, to people who think I'm insane. Some nice, some not very nice, some straight up rude."

There have been more than a few people asking if Malik's girlfriend was behind the move, but, with a laugh, he insisted it was voluntary.

If he does find the perfect buyer — ideally someone who loves movies more than he does — Malik said he will come to terms with pulling the plug on his epic collection.

"[There] may be a little post-partum depression," he said.

"I'll get over it I think, the money hopefully will help." 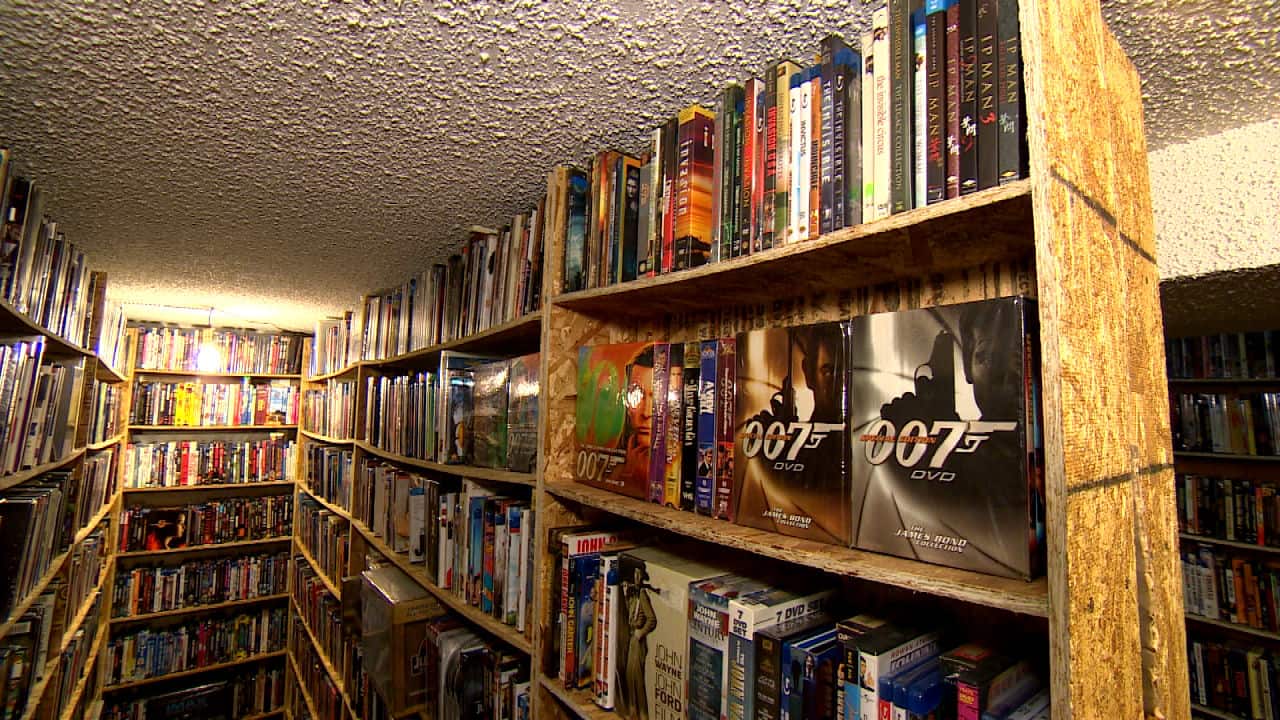 3 years agoVideo
1:50
A picture may be worth a thousand words, but a Winnipeg man is hoping his massive movie collection can pull in $1 million. Adam Malik, 36, has posted his collection — which includes more than 17,300 movies — on eBay. 1:50
CBC's Journalistic Standards and Practices|About CBC News