Morene Gabriel is one of three staff members fired in the past week. The inquiry has also lost several high profile members, including commissioner Marilyn Poitras, who resigned in July, and more recently, lead lawyer Susan Vella and director of research Aimee Craft, who both resigned in October.

Gabriel — who is from the Ebb and Flow First Nation, near Lake Manitoba — was hired on a contract in June to work as a community liaison officer for Manitoba and Saskatchewan after Tanya Kappo resigned. She said she was then hired as the community relations manager for those regions in August.

"I know [speaking out] is going to impact families, but the truth needs to be known that within the national inquiry there is a very sick internal culture and it needs to stop," said Gabriel.

Gabriel's sister, Eileen Mary Houle Roulette, was 36 years old when she was killed in Ebb and Flow in 2001.

Gabriel said the loss of her older sister inspired her to work for the inquiry because she understands what families are going through.

"I feel like I can offer that insight and guidance and support to families in my position by lobbying internally for certain key things to be in place for families going through this process," she said.

Gabriel said one of her biggest concerns was a lack of after-care plans for family members who had already testified.

"I expect to see governance documents, policy and procedures, a framework in place that guides my work to address after-care plans," she said. "I am not confident that there is a sound plan in place."

Gabriel said there is a two-page document on after-care, but called it vague. She said she felt dismissed when she asked her supervisor for more information.

Gabriel said, in addition to concerns about care for family members who testify at the inquiry, it's also a challenging place for staff to work.

"It's very toxic in that there is a lot of undermining, communication is lacking, I can attest to this," she said. "Internally, we have a culture of nepotism and favouritism."

She also questions if crucial information is getting from the grassroots level and the families through the directors and to the commissioners.

Gabriel said she was reprimanded by the executive director for emailing a commissioner to ask for a copy of a document.

"If I can't speak to a commissioner, not about the drama, not the challenges, but the important information that they need to strategically approach the region or to have the explicit knowledge they need to make informed decision, then what am I here for?" she said.

According to Gabriel, she received an email containing a termination letter just hours after she sent a list of 17 recommendations to the commissioners about how she thinks the inquiry should proceed. 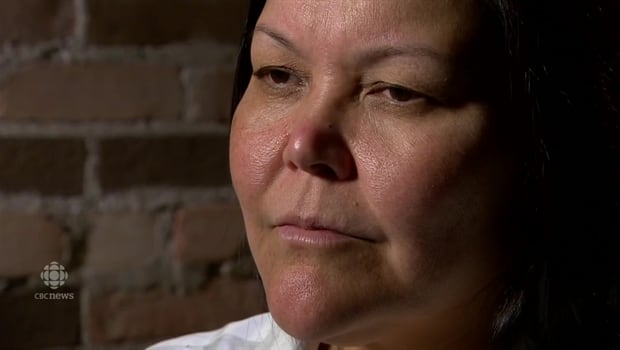 3 years agoVideo
2:26
A Winnipeg woman is speaking out about what she calls a toxic work environment after she says she was abruptly fired from the National Inquiry into Missing and Murdered Indigenous Woman and Girls on Tuesday. Jillian Taylor reports. 2:26

Some Saskatchewan families are in a panic after hearing the news of Gabriel's termination so close to the inquiry's event in Saskatoon.

"The Saskatchewan leads are getting calls from families and they're weeping over [Garbriel] being taken away from this process," said Darlene Okemaysim-Sicotte, whose cousin Shelley Napope, was murdered in 1992.

She said she was crushed when she heard the news and called Gabriel "a beacon of light and hope and strength."

"She has the family experience, which means she really understands what families are enduring because she's lived that experience."

Okemaysim-Sicotte said Gabriel worked hard to earn the trust of Saskatchewan families and had a health support plan ready for the upcoming hearing.

"Our fear is we are going to have more anxious families," she explained. "More health needs at the site because of this situation."

Okemaysim-Sicotte said she has reached out to inquiry officials and has not yet heard back. She said families are worried the recommendations Saskatchewan families made to Gabriel will not be followed through or make it up to the commissioners' level.

Gabriel said she has not been able to get a hold of the executive director to talk about her dismissal. She said she was not given a reason for being fired.

She thinks someone has to step in and deal with the internal staffing issues in order to save the work that has already been done.

CBC News reached out to the MMIWG managers, but a spokesperson said, in an email, the inquiry "does not comment on staffing issues as these are personnel matters."