A new home aimed at ending homelessness in St. Boniface is set to open officially on Wednesday morning. 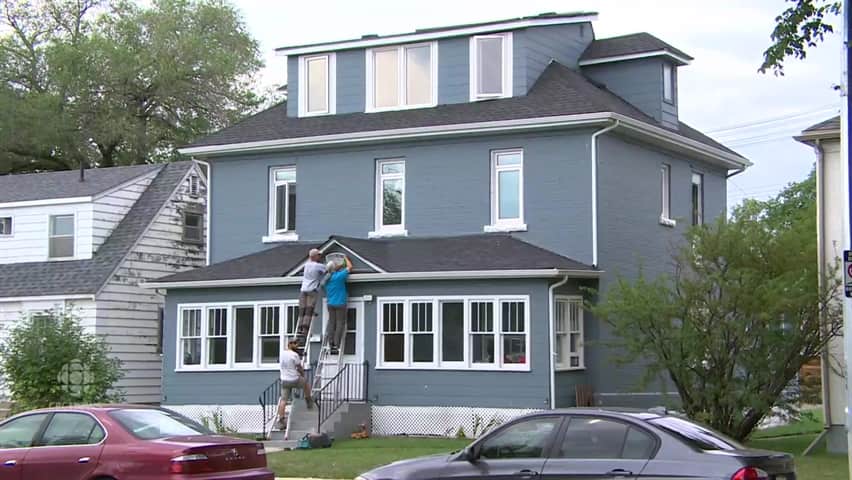 Some of the homeless people who live under the bridge and along the riverbank in St. Boniface will now have a place to call home.

A plaque over the front door reads, "In memory of our homeless hero Faron Hall."

It's a vision realized for the head of Street Links St. Boniface, Marion Willis.

"This has been a huge journey for us, getting to know the homeless, who they are, where they come from, and how they got here. And it was Faron Hall, also known as Winnipeg's homeless hero, who put a face on who is living on the street," said Willis, who had cared for Hall and got to know him.

Hall rescued a teen from the Red River in 2009 and was hailed a hero.

Willis says the home is made possible by Winnipeg philanthropist Gail Morberg.

"We are so so grateful to her," she said.

"She has done a lot of work in Winnipeg to support organizations that are trying to end homelessness. She has provided the funding in full to purchase the house, $550,000. The house is memorialized after Faron Hall. The house itself is called Morberg House."

Willis says the three-storey house already has three residents. Three others will be taken in and eventually up to 12 people will live there.

Funding for room and board is being provided through the province's employment and income assistance program. The entire Street Links organization which up to now has also been without a home, will also move its office into the house.

The model, Willis says, will be different from shelters or rooming houses.

"We are taking a family, a community of people living for years on the riverbank, and putting them together in a house situation," said Willis.

"Wrap-around services such as getting into treatment for addiction, life skills, and support, will be provided in-house. They will have to plan meals, help cook, do laundry, and cut the lawn. They won't be living isolated in separate quarters. They will be living together as a family."

Willis adds that it is fitting the homeless will now live in a house once owned by the Franciscan Sisters, one of the many religious orders in St. Boniface dedicated to helping the poor and the vulnerable for decades.

She said despite the aging population in their communities, many are already offering to volunteer at Morberg House.

The rest of the community is also stepping up. Willis said she has been contacted by local businesses and organizations to find out how they can help.

It is sheer coincidence that the date set for the official opening is the same day that Faron Hall died. Willis said that was not planned.

"It kind of makes my hair stand on end. There is something very divine around all of this," she said.

"I really believe a lot of this work has been guided. We have had our struggles but at times everything seems to align. It is just amazing to me."