Morberg House, a Winnipeg organization that has been working for years to give a new life to recovering addicts, is now facing a crisis of its own. It doesn't have enough money to make next month's payroll, says founder Marion Willis.

A Winnipeg organization that has been working for years to give a new life to recovering addicts is now facing a crisis of its own.

"If I can't raise that money, I may be forced to closed my doors, and wouldn't that be a shame."

There could be other repercussions from not making payroll next month — if the house isn't fully staffed, it can't be insured. And if it closes, Morberg House could also lose its charitable status for donations.

The home operates under St. Boniface Street Links, a non-profit agency also founded by Willis, which operates on donations. It hasn't had stable funding for the three years since the home opened.

Morberg House — which has garnered national attention and has received letters of support from organizations including the Criminal Defence Lawyers Association of Manitoba and the president of the province's law society — offers a home to men struggling with homelessness and working to overcome meth and opioid addiction, while reintegrating them into the community.

The operating budget for Morberg House is slightly less than $700,000 annually. Its only guaranteed income is $127,000 — money it gets from the province's income assistance program for each client's room and board.

"Morberg House receives shelter costs and a Rent Assist supplement for individuals who live with them and receive Employment and Income Assistance, totalling about $700 per person monthly," a spokesperson for the provincial government said in a statement sent to CBC News Thursday.

'This is what I needed'

But Willis says that's barely enough to pay the bills and keep the place running. Every year, Morberg has to raise the balance. It has been the kindness and generosity of religious organizations, corporations and private citizens, she says, that has kept the doors open.

"For the past three years I have been able to keep all the balls in the air, barely. But I mean, there is no sustainability in there," said Willis.

"We employ a psychiatric nurse, a registered occupational therapist. We employ nine lived-experience people here. We pay our taxes and our utilities and have to feed everybody." 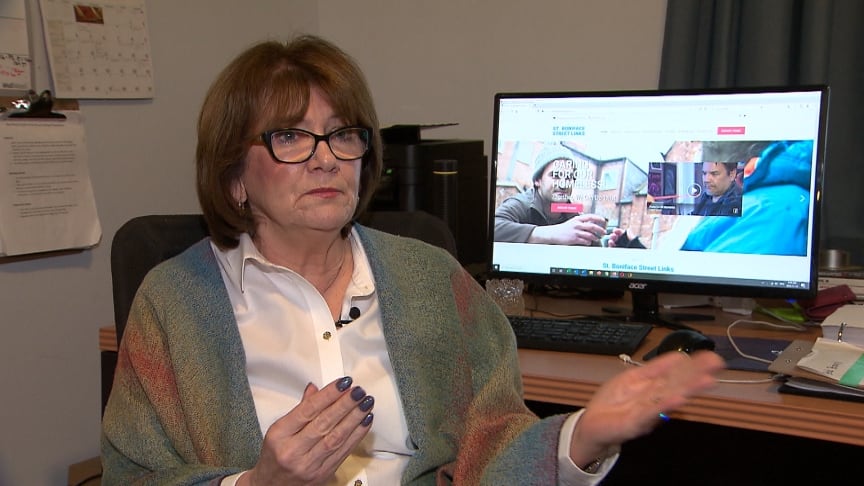 1 year agoVideo
0:32
A refuge for homeless men battling addiction, is fighting to keep its doors open. It's afraid of losing charitable status and not having enough money to pay employees in December. 0:32

People like Jared Gerlinger, 22, say it's vital the home be kept open. After an assault conviction, he made a plea deal to serve his nine-month sentence at Morberg House.

Gerlinger says meth and drugs consumed his life, which led to crime.

"I took the plea deal to serve my time here. And it has been a blessing. I couldn't have asked for anything better. This is what I needed. I am going on nine months sober," said Gerlinger.

"This place is amazing. It has changed my life completely. I didn't think I was going to make it to 22 years old."

He's lived in the house 24/7 since May, seeing dozens of men come and go — beating their addictions, going back to school, or getting a job in the community.

"It would cost a lot more for me to be living incarcerated in jail than it does for me to be here. This place is changing lives," said Gerlinger.

Asked about the costs to keep an inmate in jail for nine months, the provincial government spokesperson said the operational costs of a correctional centre aren't comparable to a placement in the community, and wouldn't disclose an amount for correctional centre costs.

"Over the past five weeks, we have announced $13.8 million in investments for eight initiatives that will improve mental health and addictions services for Manitobans," the government spokesperson said.

"These initiatives, as well as the ones we expect to announce in the weeks ahead, are based on recommendations made in a variety of reports … as well as from various consultations, including one Ms. Willis participated in last year."

But Willis says she's providing an important service — one she needs funding to continue.

"I can't continue to provide a free service to this city and province," she said.

"We believed if we put work into building the model to address meth and opioid addiction, and demonstrated success, we would get support from the province. But we still aren't funded."

Morberg House has 12 beds with some overflow. Another 10 men are waiting to move in.

News of the possible shutdown next month has Morberg House employees feeling uneasy and anxious.

Kyle McKenzie, 30, initially came to Morberg nine months ago to recover from addiction to meth and chronic gambling. He's now employed as a peer support specialist in the home.

"This place helps a lot of people. If it closes I don't know what will happen," McKenzie said.

"Compared to all the other treatment centres, and I have been in and out of treatment 14 times, this is the substantial one that has done something different for my life and helped me to be a better person."

The Morberg House program is set to become a Health Canada special research project in March 2020. Based on what the researchers recommend, it's possible Morberg's model could be replicated throughout the province or elsewhere.

"The cavalry is on horses in April, but right now we are on our knees," said Willis. "If help doesn't come pretty soon, we are done." 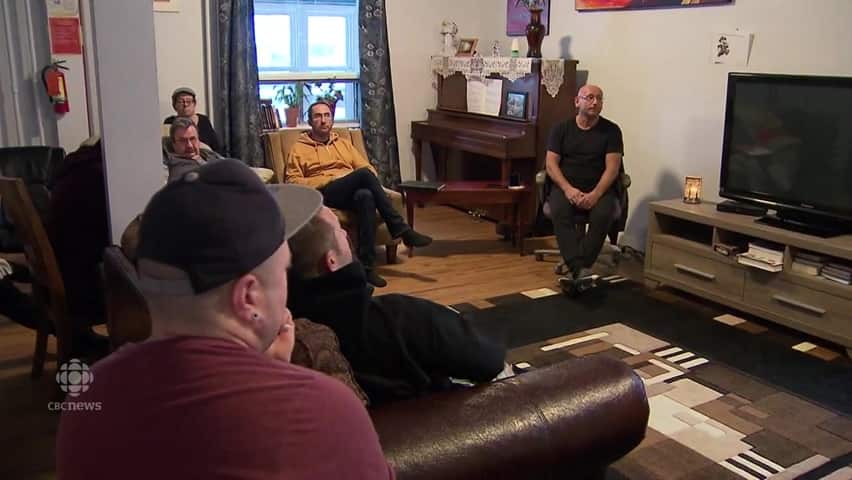 Morberg House could be forced to closed its doors