A mother who brought her two kids to see a Disney on Ice performance says three children threw spitballs at her family, made fun of their Indigenous identity and repeatedly taunted them.

Incident happened at Disney on Ice performance in Winnipeg Saturday

An Indigenous mother who brought her family to Winnipeg for the first time says she now has to have a difficult conversation with her kids after they were mocked, repeatedly taunted and had spitballs thrown at them during an ice show on Saturday.

"I'm going to have to explain to them like there are some people out there that don't like Aboriginals and there are some that do," said Mandy Colomb, who made the nearly 700-kilometre trek from Pukatawagan, Man., to Winnipeg for a Disney on Ice show at Bell MTS Place Saturday.

Colomb said three kids, who she estimates were ages six to 10, leaned toward her during the show and made what Colomb described as "war cry" sounds — like you might see in an old Western movie.

The kids continued to taunt and yell at her throughout the show and even shot spitballs at her through a straw, she said. "One of them kind of flew by me first and then the other one kind of just like got me on the head." 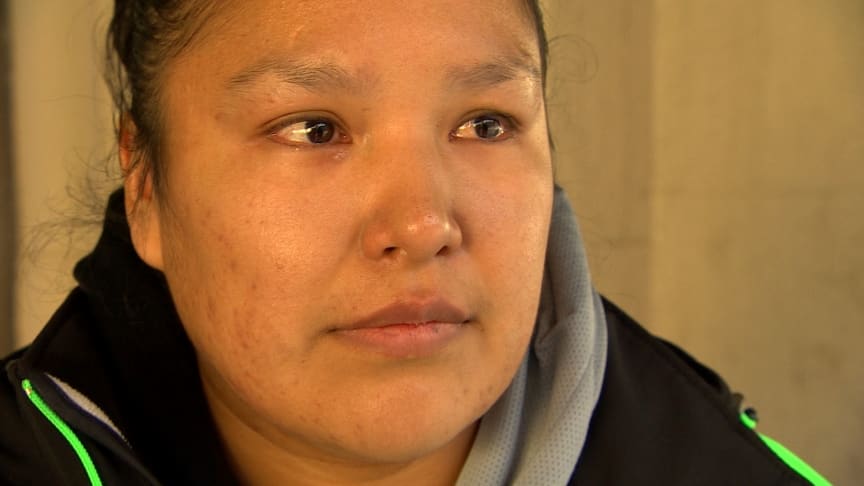 3 years agoVideo
2:26
An Indigenous mother who brought her family to Winnipeg for the first time says she now has to have a difficult conversation with her kids after they were mocked, repeatedly taunted and had spitballs thrown at them during an ice show on Saturday. 2:26

She said the kids appeared to be at the show with an older woman, and the woman was on her phone while the taunts happened.

Colomb said the kids continued to kick her family's seats, pull at her children's clothing, make fun of other Aboriginal people at the show, and harass her kids.

"My son asked me … 'Mommy, why did that girl pull my sweater like that?' … I said 'Just keep watching, keep watching the show, you don't have to pay attention,'" Colomb said as she started tearing up.

Colomb didn't complain to staff at Bell MTS Place about the incident and instead just tried to enjoy the show, which she started saving up for last November, with her kids.

Mandy Colomb's mother, Lillian Colomb, came to the city for the trip and said she had hoped her grandchildren wouldn't have to experience the same racism she faced growing up.

"I'm very angry, frustrated it's still happening. It hurts here," she said pointing to her heart before tearing up as well.

Management at Bell MTS Place said ensuring patrons have a safe and enjoyable experience is something they take very seriously, and said if Colomb had reported the incident to security they would have dealt with it.

"If a conflict is reported to, or witnessed by, any member of our event staff, we work to resolve the situation and investigate if any further action is required," said Rob Wozny, a True North Sports and Entertainment spokesperson in an email.

The organization has offered to let the family go to a show as special guests if they come back to the city.

Colomb has been contacted by several people and businesses who have offered their support since CBC News reported her story Tuesday morning.

People from across Manitoba, and even outside the province, have sent messages expressing their outrage. Many have offered the family the opportunity to come back to the city for a different experience.