Cora Morgan, family advocate for the Assembly of Manitoba Chiefs, told the national inquiry into missing and murdered Indigenous women that the child welfare system is set up to apprehend children, not to support families.

Cora Morgan says system is not set up to support families

A Manitoba First Nations children's advocate says the child welfare system "eats up" Indigenous children and is designed to keep their families at a disadvantage.

Cora Morgan, with the Assembly of Manitoba Chiefs, told the inquiry into missing and murdered Indigenous women that the system is set up to apprehend children, not to support families.

"Any challenges that our families are faced with, it's used against them instead of them being offered support. It victimizes our families," she said Monday.

"A lot of these things are just perpetual. You can find five or six generations of a family where their children have been taken."

The inquiry is holding hearings in Winnipeg this week and is expected to focus on child welfare.

Watch the livestream of the hearings today in Winnipeg below. 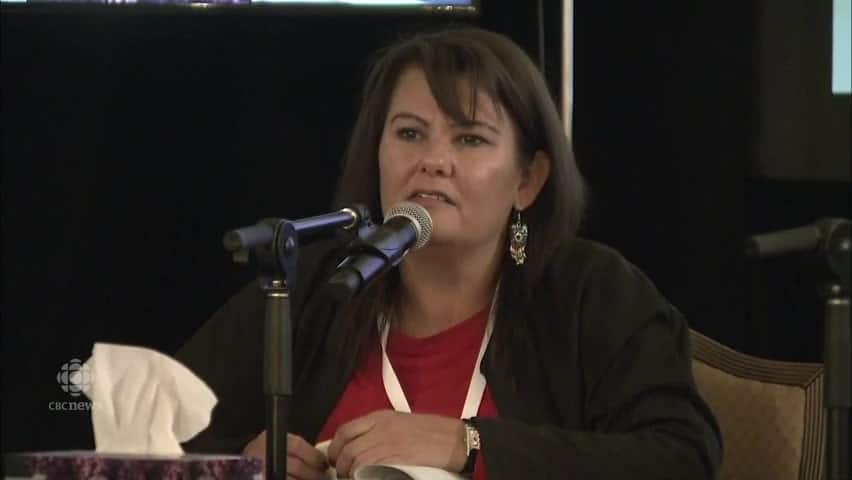 Cora Morgan says the system is set up to apprehend children, not to support families

2 years ago
1:58
A Manitoba First Nations children's advocate says the child welfare system "eats up" Indigenous children and is designed to keep their families at a disadvantage. 1:58

Morgan said violence against Indigenous women and girls can be linked to child welfare because it not only removes them from their families, but also takes away their identity and self-worth.

"The system just eats up our children to the point where they lose value for life," she said.

Manitoba has the highest per-capita rate of children in care and almost 90 per cent are Indigenous. The province said last week that the number of kids in government care dropped for the first time in 15 years to 10,328.

Morgan told the inquiry about a mother who had four children, all of whom were seized at birth primarily because of poverty.

Too much money is being spent on taking kids away from their families and not enough is invested in finding ways to keep them together, Morgan said.

Inquiry commissioners said they have heard about the effects of child welfare at every hearing. Qajaq Robinson said many people testified they were survivors of the system and that is "indicative of a huge problem."

"Every jurisdiction we have been to, I have heard it personally from witnesses," Robinson said.

Morgan gave the inquiry a list of recommendations including supporting First Nations-led initiatives to bring children home and to stop penalizing victims of domestic violence by taking their children away.