'Why did you kill Jennifer?' Mother of murdered woman forgave killer, now helps others remember loved ones

Betty Rourke came face-to-face with the man who fatally strangled and dismembered her daughter to ask him why he did it -- and to convince him not to kill himself.

'I pray for these families. I know how they feel,' says Betty Rourke, who makes bracelets for MMIWG families

Betty Rourke came face-to-face with the man who fatally strangled and dismembered her daughter to ask him why he did it -- and to convince him not to kill himself.

Months later, Traigo Andretti — convicted for the 2013 homicide of  Rourke's daughter, Jennifer McPherson, to whom he was married, and for the 2006 killing of Myrna Letandre — died by suicide in his cell in a Saskatchewan psychiatric facility. An inquest into his 2016 death is scheduled to begin in late October.

Now, Rourke is trying to help the families of other missing and murdered Indigenous women and girls find some comfort through the custom beaded bracelets she makes — which feature the names of the missing or murdered loved one.

Rourke, speaking publicly for the first time about her meeting with Andretti, told CBC she requested the visit in 2015 to find answers.

"I asked him, 'Why did you do it? Why did you kill Jennifer?'" Rourke recalled. "He said, 'I'd been thinking of killing Jennifer for the last five years. I didn't even know I was going to do it that day.'"

Andretti began dating McPherson in 2007 in Winnipeg, months after he fatally strangled and dismembered Myrna Letandre, whose body was not discovered until 2013.

Andretti was charged with Letandre's murder in 2014, by which point he was already serving a life sentence for the first-degree murder of McPherson. He later pleaded guilty to the second-degree murder of Letandre. 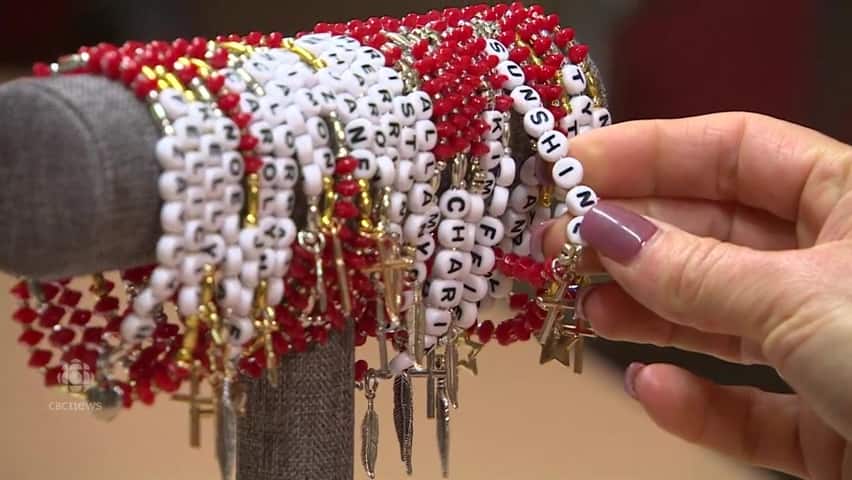 2 years ago
3:25
Betty Rourke makes the bracelets, beaded in red, and personalized with the names of Canada's other missing and murdered Indigenous women and girls. She gives the bracelets to their extended families and survivors. 3:25

'Did you kill any other women?'

"I asked him, 'Did you kill any other women besides Jennifer and Myrna?'" Rourke said of their meeting. "He didn't answer."

The 45-minute meeting gave Rourke some closure, but not the comfort she craved.

It added to another pain her family has lived with for decades — the 1980 stabbing death of her sister, Jennifer Johnston. The 20-year-old woman was killed by an acquaintance in the bedroom of a Winnipeg home.

At the time, Rourke relied on her Catholic faith to soothe her grief. Soon, she began crafting small bracelets made from rosary beads, handing them out to anyone who asked — to honour her sister, Rourke explains.

But decades later, after Rourke's daughter was murdered and following Rourke's jailhouse meeting with Andretti, she was inconsolable, she said. She stopped attending hearings of the national inquiry into missing and murdered Indigenous women and girls, she stopped seeking guidance from a traditional healing lodge and she cocooned herself from the world.

"I was ready to give up," Rourke said.

It was only when an acquaintance reached out to her "out of the blue," to ask if she had rosary beads she could share with other families in pain, that Rourke discovered a new source of healing.

She now makes the bracelets, beaded in red, and personalized with the names of Canada's other missing and murdered Indigenous women and girls. She gives the bracelets to their extended families and survivors.

She'll share some of her bracelets in Winnipeg on Thursday, during a special event at the Manitoba Legislature and The Forks to honour Indigenous women and girls lost to violence.

Making the bracelets quickly became — with each one she made — a well of emotional strength.

"I was so happy. It was like from that pit, that pit I was digging myself in, God … started lifting me," she said.

"It makes me feel lifted up. And makes others know their loved ones are not forgotten." 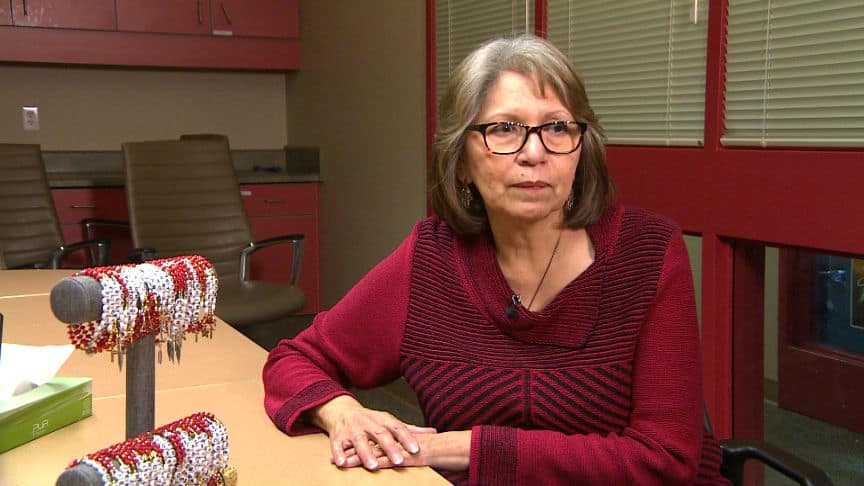 Making beaded bracelets to honour the missing and murdered

2 years ago
1:33
Betty Rourke hopes her small beaded bracelets bearing the names of others lost to violence, will comfort the loved ones left behind. 1:33