A First Nations leader is demanding apologies from the province and Manitoba Hydro in response to damning allegations of sexual abuse and racism by workers at hydro projects dating back to the 1960s.

A First Nations leader is demanding apologies from the province and Manitoba Hydro in response to damning allegations of sexual abuse and racism by workers at hydro projects dating back to the 1960s.

Manitoba Keewatinowi Okimakanak Grand Chief Garrison Settee, during a press conference on Tuesday in Winnipeg, repeated the word "shocking" in describing a recent report that detailed the allegations.

"But what is more shocking is that it almost took 40 years to address these injustices," he said.

"We have known of these stories for a long time. We have been cognizant of these violations against our women but it is only now that it has come to light."

The allegations were revealed in a report from the Manitoba Clean Environment Commission, an arm's-length provincial agency that was asked to study the social impact of hydro development past and present on communities in northern Manitoba.

Martina Saunders - former VP of Keeyask Hydropower Ltd Partnership accuses Mb Hydro staff and board members of systemic racism. “ I didn’t feel safe expressing my opinions at that board,” and says it is still happening. <a href="https://twitter.com/hashtag/cbcmb?src=hash&amp;ref_src=twsrc%5Etfw">#cbcmb</a> <a href="https://t.co/Vi8dMjzVf7">pic.twitter.com/Vi8dMjzVf7</a>

The report was released in May of this year but not made public until two weeks ago. It contains 165 pages of testimony from people who claimed to have been victimized by the thousands of temporary workers who descended on First Nations territories to build hydroelectric generating stations and converter stations beginning in the 1960s.

In the report, people spoke of witnessing rape and being unable to interfere, and the RCMP is accused of failing to take complaints seriously.

"Horrific, systemic abuse and exploitation of women and girls of MKO First Nations adjacent to hydroelectric projects has been going on for a long time, but we're here to say that MKO territory will not tolerate any kind of victimization and abuse of our sisters in any shape, form or fashion," Settee said.

MKO, a political advocacy group that represents 30 northern Manitoba First Nations, will develop a healing strategy to "ensure no further harm will be inflicted," Settee said, though he didn't elaborate on what might entail.

He thanked the victims who "bravely come forth" to speak to the CEC and shared their "truth and stories."

"Without truth there cannot be any reconciliation," he said, hoping they can now have "some kind of vindication and find healing."

"It is not enough to cry foul. Action must be taken and we are calling for action," Settee said. "Apologies, I believe, are warranted."

The RCMP must be accountable for the failure of their officers to address complaints over the years "in a very serious manner," he said.

As for Hydro, "the Crown corporation need to amend their policies to ensure that Indigenous people are treated fairly and their rights are protected in hydro development projects," Settee said.

"What is there now is not working, so those policies need to be strengthened and tightened."

Pervasive and persistent racism continues to be experienced by Indigenous workers within the current Keeyask hydroelectric development site, Settee said.​

"There is going to be a paradigm shift on how business is conducted in MKO territories."

A spokesperson for Indigenous and Northern Relations Minister Eileen Clarke said in an email Manitoba is trying to improve its relationships with northern First Nations affected by hydro developments, including Keeyask.

Clarke, the spokesperson wrote, was in contact with several community leaders last week, including the First Nation partners in Keeyask, about setting up a date for further meetings about the CEC report and other issues.

Racism isn't just on Hydro work sites but in the board room, too, said Martina Saunders, a former vice-president of the board of directors for the Keeyask Hydro Power partnership.

"It was very difficult to try and get anything done," said Saunders, who was VP from 2014 until she resigned in 2017.

"I felt like I was alienated by the board because if I brought up issues that needed to be dealt with, it got very uncomfortable for all of us because the issues that I was raising were not being properly addressed by Manitoba Hydro."

The CEC report has raised a lot of unpleasant memories for Saunders, whose eyes filled with tears when she told reporters "it's been very difficult."

Saunders says she approached the Manitoba Human Rights Commission in 2017 and is still speaking with them today about a complaint against Hydro.

"When you have that internalized oppression, there is this belief that no one's going to listen to you. It's very difficult to try and address wrongdoings. It's difficult to address racism and discrimination and in this case, it was difficult for me to do that at Manitoba Hydro.

They need to know about us … our history and our cultures. That isn't being accommodated by Manitoba Hydro.- Martina Saunders

"I didn't feel safe to voice my concerns or to speak on behalf of my First Nation, so I had to step down."

She said Hydro executives are still bullying the Indigenous women on the various boards of committees related to northern development projects, but they are afraid to speak up.

"We need help from someone independent from Hydro. There needs to be Indigenous spaces. They need to be culturally appropriate and we need to feel safe, and we don't feel safe," Saunders said.

"We don't have that space and we need it."

And the temporary workers in First Nations territories need better education and to respect the territory they are entering, she said.

"They need to know about us … our history and our cultures. That isn't being accommodated by Manitoba Hydro."

A spokesperson for Manitoba Hydro said they "are aware of Ms. Saunders' views, but do not agree with them."

However, they didn't know she had made a complaint to the Human Rights Commission, said Bruce Owen.

"We will fully co-operate with that process if it moves forward," he said. 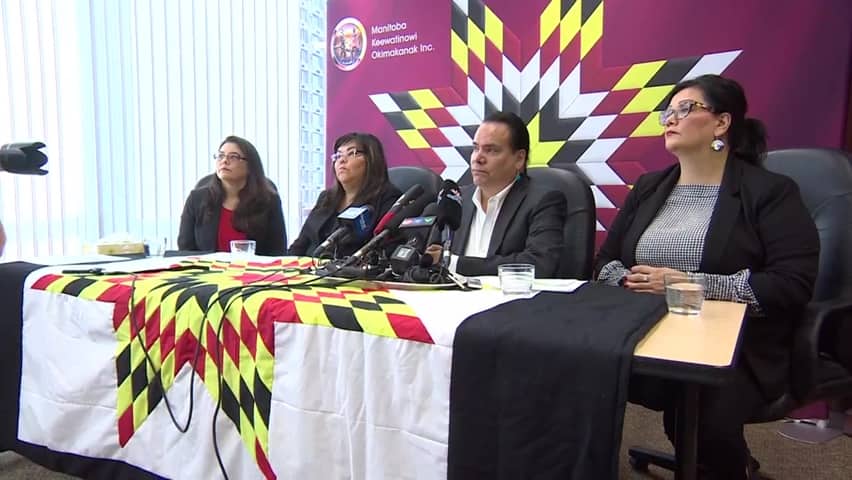