Danielle Harper was last seen on July 12. Homicide investigators are now looking into her death, which is considered suspicious, the Winnipeg Police Service said in a news release.

The sister of a woman with a cognitive disability who went missing in early July says she searched for her missing sister day and night before she was found dead last week.

Danielle Harper's body was found in a rooming house on Manitoba Avenue, in Winnipeg's North End, on July 23. The Winnipeg police homicide unit is now looking into the 35-year-old's death.

Dozens of community members, family members and friends gathered for a sombre vigil outside the same house for prayer, songs and smudging on Wednesday night.

Harper's sister said Danielle had a cognitive delay that made her vulnerable.

"She was so outgoing. So comical. She would make you happy if you were sad in a moment.… She may have looked like an adult but deep down inside she wasn't. She was still a baby. My baby. And I'll never see her again," Amber Harper said, through sobs.

After Danielle disappeared July 12, Amber said she went looking in the area on foot herself, asking people around Main Street if they'd seen her sister.

"She was a special, special little girl. She was high needs, with a mind of an eight-year-old. And people took advantage of her," said Amber, who was joined at the vigil by another sister, an aunt and other relatives.

Amber said she raised Danielle. And as her sister grew up, she said life got harder for her as she got lost in her addictions, although she never lost her spirit.

Harper was last seen on July 12 in the 800 block of Main Street, around the Point Douglas area. Her sister said she lived in that area with her common-law partner. She had two small children who were not in her care because of her needs, she added.

On July 23, Harper was found dead at the house in the 700 block of Manitoba Avenue, the Winnipeg Police Service said in a news release Wednesday. Her death is considered suspicious and homicide investigators are looking into it.

Investigators are now trying to figure out where Harper was in the days leading up to her death. They're looking to speak with anyone who may have had contact with her during the weekend of July 11 and beyond.

Wednesday's vigil was organized by the Mama Bear Clan, with support from men's group Ogijita Pimatiswin Kinamatawin and other community members. There was drumming, prayer and a chance for the family to share their grief and a little bit about Danielle Harper. 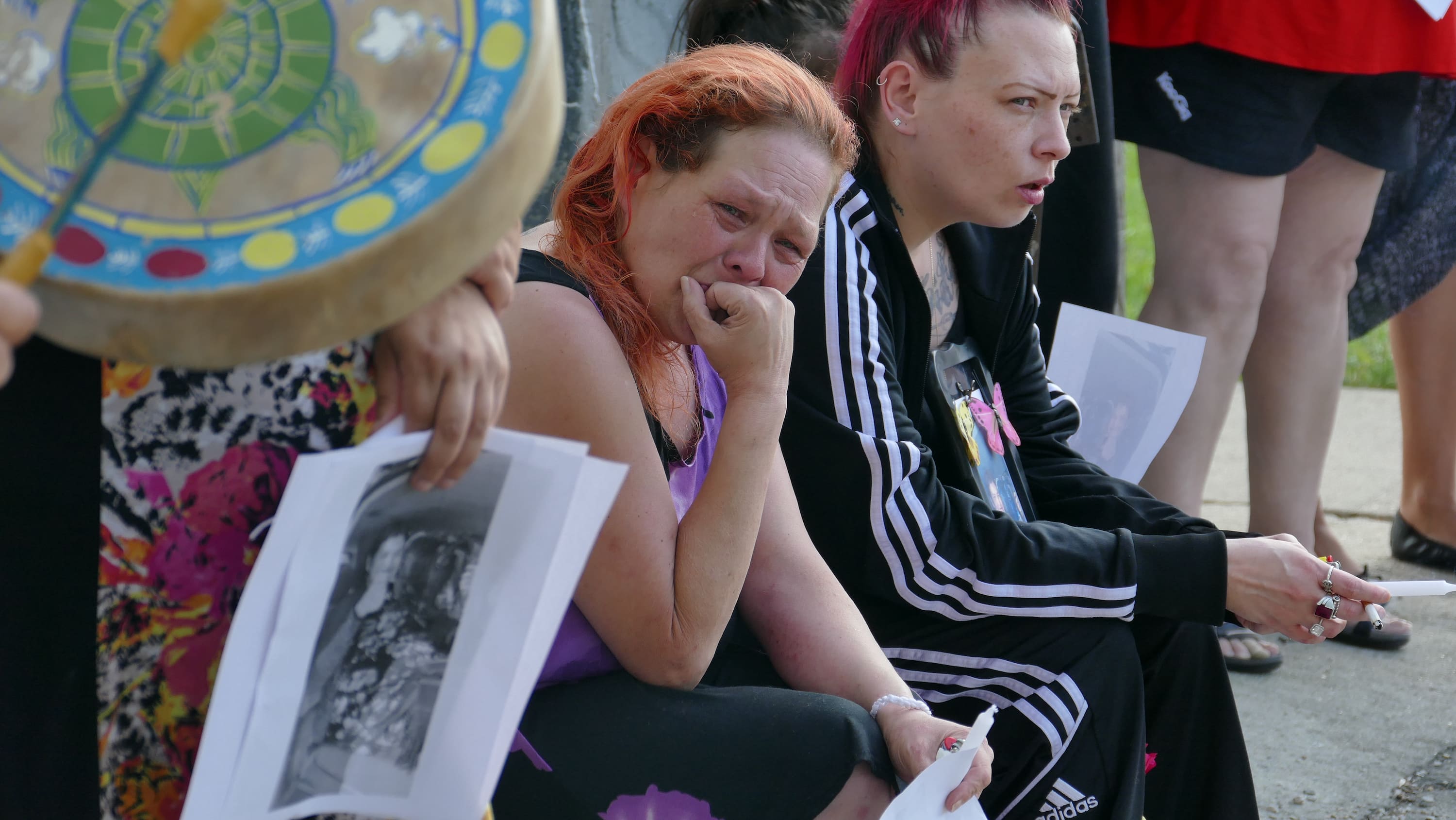 Sister says Danielle Harper's disability made her even more vulnerable

Harper's sisters begged anyone who has information to come forward to police. Anyone with information that could help investigators is asked to call 204-986-6508 or Crime Stoppers at 204-786-8477.

"Don't be afraid. Step forward. Who cares if you're labelled as a rat or a snitch. You're doing the family a favour and you're giving that family some reassurance and some hope in the world," said Cathy Bird, a close family friend who was at the vigil with her daughter.

Bird said she helped Amber search, as did some community members, earlier in July. There were calls on social media, but not many joined. She wants people to know Harper was somebody who meant a lot to her loved ones, and needed help sooner.

"Support one another. Missing and murdered Indigenous women, men, girls, everything. It's a very big issue in this world. Very big. And a lot more needs to be done. A lot more people need to step up to the plate and help."