Brandon woman embroiled in tug-of-war over stolen terrier, despite microchip supporting her claim

A pet owner in Manitoba is fighting to get her dog back seven years after it was stolen, but authorities have returned it to a family in Alberta who say they're the rightful owners.

Alberta authorities returned Zamboni to another family, 7 years after he was stolen

A pet owner in Manitoba is fighting to get her dog back seven years after it was stolen, but authorities have returned it to a family in Alberta who say they're the rightful owners.

The friend had just let three dogs outside, Gutwein said, when she heard barking.

"The gate was open and he was gone."

Gutwein and her friends immediately contacted local animal shelters, posted in Facebook groups, and notified the microchip company he had disappeared. They spent years searching through classified ads and missing dog groups hoping he would show up.

"It was quite obvious to all of us that he was stolen," she said. "We thought somebody had took him for breeding."

Gutwein said she was heartbroken, worried Zamboni, who was both a pet and a specialty-bred sports dog she competed with across the country, was lost forever.

Her search ended last week when Gutwein, who lives outside Brandon, Man., got a call from a veterinarian in Beaumont, Alta., a municipality just south of Edmonton.

A man had found her dog wandering around on the street and brought him in. The vet scanned Zamboni's microchip and used that information to track Gutwein down.

"I was speechless," she said. "I can't believe he's been found and he's still alive."

But just as she was making arrangements to pick Zamboni up from the man in Alberta, he phoned back and told her a family had seen his Facebook post about the found dog and had come forward, claiming Zamboni belonged to them.

He then contacted animal control, who picked up the dog and took it into their care.

A spokesperson for the City of Beaumont said municipal officers made the decision to return the dog to the family in Alberta for the time being while RCMP investigate.

The Alberta family provided photos of their children with the dog when they were younger as proof of their ownership, spokesperson Mike Berezowsky said.

"The kids have grown up with this dog and they very much see it as part of the family," Berezowsky said.

Municipal enforcement officers did a health check and went to look at the dog's home and saw no signs of abuse, he said.

"We felt in the best interest of the dog, for its own health and well-being, that the dog be with the family that it's been familiar with for the last seven years," Berezowsky said.

"The city is in a very difficult position, because we have two people who have what seems to be pretty legitimate claims to ownership of this dog."

Berezowsky said he didn't know how the family got the dog originally.

RCMP initially told Gutwein on Monday they were concluding their investigation and that the dog would remain with the Alberta family unless she took them to court to get it back.

"We have looked into the matter as best we could to see if the family were the ones who stole the dog. We have not found any reasonable evidence to suggest they were involved," the email from the RCMP officer to Gutwein reads.

After being contacted by CBC on Tuesday, an Alberta RCMP spokesperson said the investigation is actually still open, but would not provide further detail.

Gutwein can't obtain contact information for the family from RCMP because of privacy laws. She says if they can't be convinced to relinquish Zamboni, she'll take them to court.

"I don't want this family to be hurt, but somebody is not getting the dog. And he's my dog."

A lawyer who has dealt with multiple civil cases involving pet ownership says police and bylaw officers usually don't get involved in these types of disputes because it can be hard to determine who the owner is.

"If RCMP were provided with proof of ownership and disregarded that, because they thought that wasn't important or they thought they knew better, I don't think that's really the place of law enforcement."

Toyne said it could take years and cost tens of thousands of dollars to bring a case like this court. But in the end, he believes a judge would likely agree the dog belongs to Gutwein.

That's because pets and farm animals are considered property under Canadian law.

"It's not who the best parent or family for the dog is. It's who at law is the owner of that particular animal," said Kevin Toyne.

However, if someone finds the animal, and they don't know who it belongs to, it essentially belongs to them, unless the rightful owner comes forward with proof.

To prove a pet is yours in court, Toyne said an owner can use documentation like microchips, tattoos, proof of purchase, veterinary bills, or registration with a municipality.

But while things like microchipping can help your case, it's not a guarantee, he said.

It's a lesson Gutwein doesn't want other pet owners to learn the hard way.

"I never thought I wouldn't get my dog back," she said. "This can happen to anybody's dog." 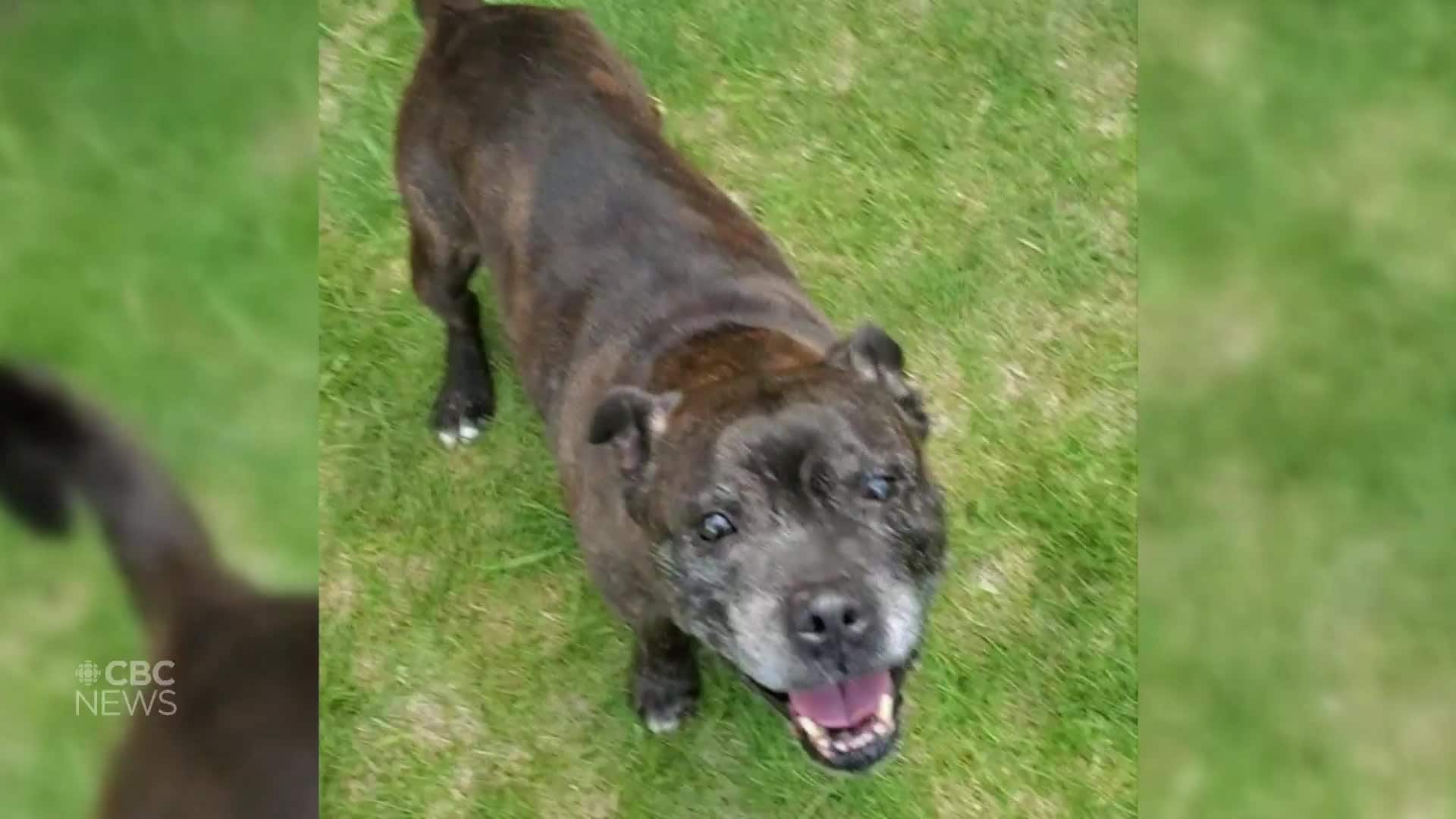 8 months ago
2:33
A pet owner in Manitoba is fighting to get her dog back seven years after it was stolen, but authorities have returned it to a family in Alberta who say they're the rightful owners. 2:33