An 88-year-old Winnipeg man wants to end his life after being confined to a bed for several months with no chance of recovering, and says the faith-based hospital where he now lives is delaying that request. 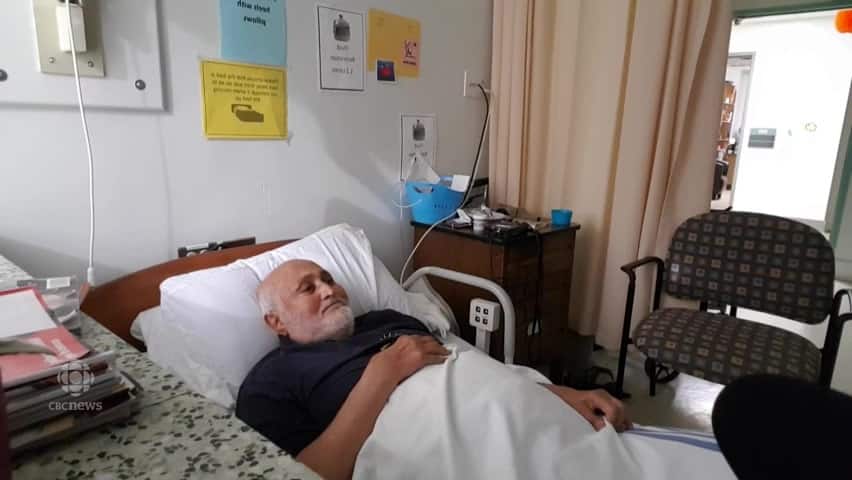 3 years agoVideo
3:04
An 88-year-old Winnipeg man wants to end his life after being confined to a bed for several months with no chance of recovering and says the faith-based hospital where he now lives is delaying that request. 3:04

An 88-year-old Winnipeg man wants to end his life after being confined to a bed for several months with no chance of recovering and says the faith-based hospital where he now lives is delaying that request.

Cheppudira Gopalkrishna says the Misericordia Health Centre did not help him with his initial request to access the province's Medical Assistance in Dying (MAID) services, and has since delayed the process further by taking too long to transfer his medical records and delaying an in-person assessment by the MAID team.

"I wouldn't say [my request was] ignored, but it wasn't placed in the highest priority," he said from his hospital bed.

The former school teacher has been at the Misericordia for several months, after his health declined significantly over the last year and a half. Gopalkrishna says he's been told by doctors he has a form of Lou Gehrig's disease, also known as ALS, and has lost almost all of his mobility.

Misericordia describes itself on its website as being affiliated with the Roman Catholic Archdiocese of Winnipeg.

"I'm just spending time here in bed," Gopalkrishna said. "I could break down in tears, but I don't want [to]. It's boring, and I have no other hope that anything will cut this short, other than assisted suicide. I've been slowing down entirely, and I can't look after myself."

Gopalkrishna cannot use a phone or access a website without assistance and relies on others to help him.

A volunteer at the hospital, who doesn't want to be identified, told CBC that Gopalkrishna asked them to find out how to access assisted dying services in late September.

The volunteer contacted local ethics professor, Arthur Schafer, who directed them to the MAID committee, and the volunteer facilitated a phone call between Gopalkrishna and MAID staff in early October.

The Misericordia is a faith-based abstaining facility, meaning it doesn't offer assisted dying services on the premises.

A hospital spokesperson says it provides information on MAID services when requested but will not allow any part of the process, including an initial assessment to determine eligibility, to happen at the facility.

According to provincial policy, faith-based facilities do not have to allow MAID services to be provided on their premises if doing so is contrary to their religious principles.

The Misericordia says that all patients who request information about MAID are given a card with contact information, but it's up to the patient to contact the team.

"If a patient is unable to make the phone call to the MAID team, a family member or friend can also phone on their behalf," the spokesperson said in an email.

"If a patient can't find someone to phone on their behalf, then Misericordia would find a patient advocate within the [Winnipeg Regional Health Authority] who could assist," they said.

[ Misericordia is] obstructing the rights of the most vulnerable frail patients … It's shameful, it's cruel, and it's inhumane.- Arthur Schafer, ethicist

CBC News interviewed Gopalkrishna on Oct. 21, and learned the next step in his case was an in-person assessment by MAID. On Oct. 23 CBC asked the Misericordia if that process had been started.

The Misericordia said they had not yet received a request from MAID for an off-site assessment of any patient.

But a timeline of events, according to MAID notes provided to CBC News through a Winnipeg Regional Health Authority (WRHA) spokesperson, suggest the request had been made several times and the Misericordia delayed providing medical records on several occasions.

May 1: Staff at the Misericordia contacted the MAID committee to inquire about the process, but the patient's name wasn't provided. The MAID committee says it has since confirmed it was related to Gopalkrishna.

The Misericordia agrees with that account and says MAID info was passed along to the patient but the Misericordia did not hear anything further from MAID.

MAID says since they were not given a name, they couldn't make contact with the patient. They also say that given Gopalkryshna's physical impairment, he would not be able to contact MAID and would require assistance.

Oct. 2: MAID says they were contacted by Gopalkrishna through the volunteer.

"Mr. Gopalkrishna had expressed frustration to [the volunteer] that [the Misericordia] had not helped him connect," MAID stated in the timeline.

"He had received the WRHA MAID contact card from [the Misericordia] staff, however due to his physical disability he was unable to use a phone without assistance."

Oct. 3: MAID says they told Gopalkrishna they were seeking medical records from both the Misericordia and another hospital where he had been prior to his admission to the Misericordia in March.

Oct. 6: The other hospital provided those medical records to MAID.

Oct. 10: The MAID team says they contacted the Misericordia and asked for help in obtaining medical records and to inquire about their policy on medical assistance in dying. They were told the policy was still in draft form and no other details were provided.

The Misericordia says that was the first request from MAID for medical records.

Oct. 11: Gopalkrishna was assisted in making a phone call to MAID over speaker phone and it was explained that MAID was still awaiting medical records.

Oct. 13: The MAID team sent an email telling the Misericordia that medical records had not been received. At that time MAID also inquired about the assessment and were told that the Misericordia policy suggested that it would need to be done off-site.

At that time MAID expressed that it would be hard on Gopalkrishna to be transferred and that other faith-based facilities were allowing initial assessments to be made on-site.

The Misericordia says on that day, they asked MAID what part of the medical records were required, but MAID insists that didn't happen, and says MAID was told the Misericordia needed to consult with the hospital's board before faxing the records and said they would get back to MAID, which MAID says also didn't happen.

That same day MAID decided that Gopalkrishna required an assessment, but when MAID tried to set up an appointment they were told that it likely could not happen until after Oct. 23, due to a Misericordia executive being away.

Oct. 23: MAID said they asked for further clarification and confirmation of an assessment again.

The Misericordia says it wasn't until Oct. 24 that an off-site assessment was confirmed.

The Misericordia also said in an email that while they were aware of a request for MAID and contact with the patient, "the Misericordia does not necessarily know of the content or outcomes of those conversations. As soon as contact is made with the MAID team, this relationship becomes solely between the patient and the MAID team."

Due to his illness, Gopalkrishna would likely have been unable to have an unassisted conversation with the MAID team.

The Misericordia also said this was the facility's first time dealing with MAID, adding that while they do not allow the service to take place on-site, they do ensure access to information and assessments as required.

The WRHA says it strives to conduct an assessment within a week to 10 days after medical records have been obtained, but normally medical records are provided within a few days of MAID asking for them.

The entire process usually takes about two weeks to decide, and then the patient must wait 10 days before being administered with a substance to cause death.

Arthur Schafer, who was part of a panel of experts that provided recommendations to provincial governments on assisted dying legislation, says any delays in accessing end of life services, including forcing a patient to be transferred to access services, are unacceptable.

"They are obstructing the rights of the most vulnerable, frail patients to have access to information about their legally entitled end of life options. It's shameful, it's cruel, and it's inhumane," he said.

Schafer confirmed that Gopalkrishna reached out to him after he wasn't able to get information about how to access MAID.

"He expressed to me his deep frustration that no one at the Misericordia was willing or able … and he asked me what he should do," said Schafer. 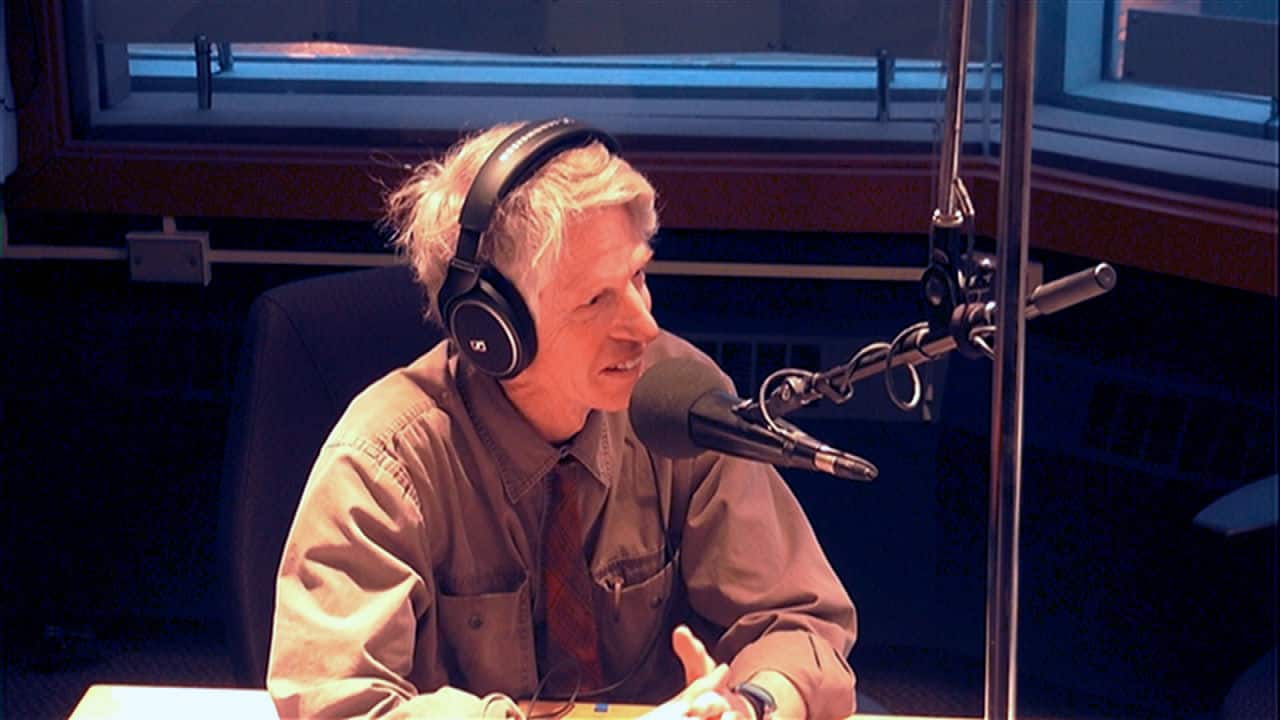 3 years agoVideo
8:10
Arthur Schafer, who was part of a panel of experts that provided recommendations to provincial governments on assisted dying legislation, says any delays in accessing end of life services, including forcing a patient to be transferred to access services, are unacceptable. 8:10

"He didn't know. The [MAID] committee requested the hospital to provide them with the patient's records, because they can't proceed without seeing whether the patient is eligible based on their medical records. And the hospital obstructed those efforts."

Schafer also said more education is needed so that patients, and facilities, are informed about the process. He argued that each hospital, personal care home and long-term care facility — private or public — should be obligated to have MAID information, including contact details, prominently displayed for patients.

"We need an effective education campaign, and we need the WRHA to defend patients against institutions that put religious dogma ahead of patients' rights of access to health-care services."

Gopalkrishna's assessment is now scheduled for Oct. 27 and will be conducted outside of the hospital.