Minimum wage goes up to $11/hour in Manitoba, but some say that's not enough

Manitoba's minimum wage is going up to $11 an hour on Thursday — a jump of 30 cents. 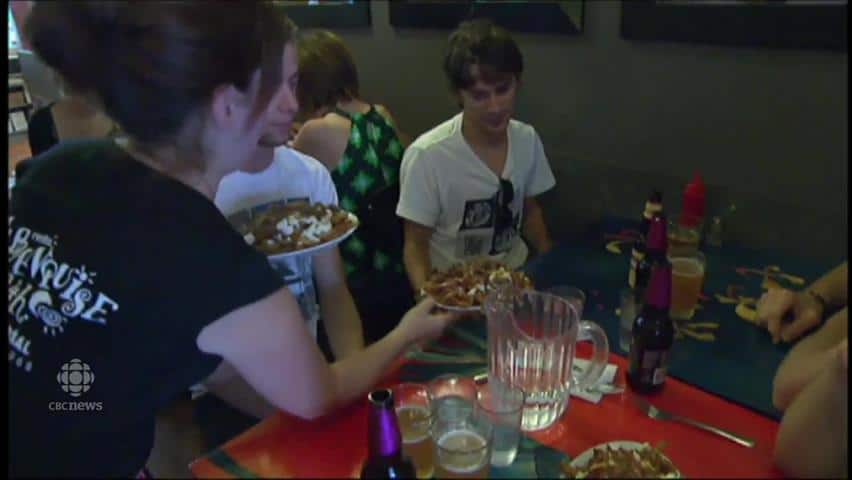 Minimum wage goes up to $11/hour in Manitoba, but some say that's not enough

5 years agoVideo
1:50
Manitoba's minimum wage goes up to $11 an hour on Thursday — a jump of 30 cents — making it one of five provinces where workers are getting a boost in pay 1:50

Manitoba's minimum wage goes up to $11 an hour on Thursday — a jump of 30 cents — making it one of five provinces where workers are getting a boost in pay.

In Ontario, Saskatchewan and Newfoundland and Labrador, the minimum wage goes up between 20 and 30 cents an hour. And in Alberta, it leaps by $1, reaching $11.20 an hour.

But labour and anti-poverty advocates, as well as some Winnipeggers who are paid near minimum wage, say the wage hike isn't enough to lift many Manitobans out of poverty.

Amber Chartrand, a Winnipeg university student who juggles work with her studies and caring for her five-year-old daughter, says the minimum wage should closer to $15 an hour.

Chartrand, 23, said she takes a full course load and works part-time at a daycare, where she makes about $11.15 an hour. She works full-time in the summer.

"I have to budget really well because I know I'm only getting so much, so I make sure rent is always paid on time," she told CBC News on Thursday.

"I check ahead of time to see when I'm getting paid, so if it's like a week and a half before rent is due I have to budget accordingly."

Chartrand added that if it wasn't for subsidized housing, she doubts she and her daughter could afford to live in the city.

The Manitoba Federation of Labour and a group called Make Poverty History Manitoba are calling for a hike to the hourly rate that would bring it to a "living wage level."

In a news release, the two organizations applaud the province's regular hikes to the minimum wage, but say it still strands "tens of thousands of workers" below the poverty line.

"Holding the minimum wage to a level that forces full-time workers to live in poverty is unacceptable in today's day and age," said MFL president Kevin Rebeck, adding that it shouldn't be the case in a province with an economy as strong as Manitoba's.

The MFL and MPHM are calling for a four-year schedule of increases to bring wage earners to the level of Statistics Canada's low-income cut off, below which a family spends most of its income on necessities such as food, shelter and clothing.

They also point to campaigns to raise the minimum wage to $15 an hour as gaining momentum to giving workers a living wage.

About 20 per cent of those who use the food bank are working for minimum wage or part-time, or are in between jobs, officials said.

In a statement, a spokesperson for Manitoba's NDP government said it's the only political party that has committed to regular increases of the minimum wage "while the Conservatives and Liberals in the Manitoba Legislature have voted against it."

The NDP has raised the minimum wage every year since 2001, back when it was $6 an hour.

"We will continue to listen to community advocates and are committed to ongoing annual increases to the minimum wage going forward," the government's statement reads in part.