Some Winnipeggers are coping with chewed up lawns after an extra-long winter gave voles more time to get comfortable. 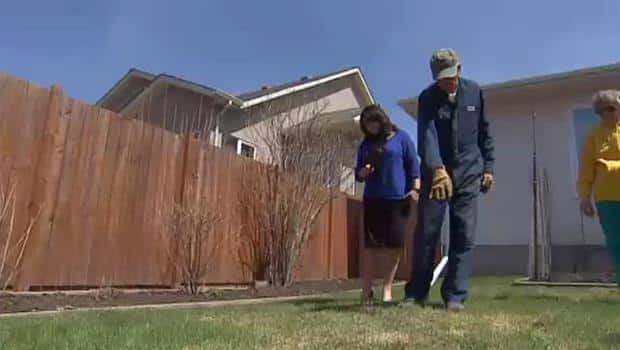 8 years agoVideo
1:41
Some Winnipeggers are coping with chewed up lawns after an extra-long winter gave voles more time to get comfortable. 1:41

Some Winnipeggers are coping with chewed up lawns after an extra-long winter gave voles more time to get comfortable.

"There’s no grass! This was all eaten up," said Warelis.

"We lived here for 25 years. We built the house. We’ve never experienced this type of problem," said Warelis.

He said his grass is chewed up, there are multiple dug up holes and even more bald spots all over his lawn.

Don Poulin with Poulin’s Pest Control said Warelis and other Winnipeggers can thank the long winter for the extra lawn damage.

He said more voles could have survived the long winter by burrowing into snow packs.

"They’ll move in and then they’ll get comfortable," said Poulin.

"With the snow, no natural predators can get at them."

He said there isn’t a lot homeowners can do at this point, adding lawns need to be treated in the fall before the snow falls to make a big impact.

Warelis said he puts out traps every year, but it’s not enough to keep the voles away.

He said he’d like to see his neighbours do more to help – like removing old piles of wood where the mice can hide.

Poulin said while there isn’t much that can be done in the spring, putting poison out early can help.

"There’s no big magic solution — just do it early enough," he said.