First Nations in Manitoba are calling for a boycott of all imports of Maritime lobster not harvested by Mi'kmaw fishers, saying "one attack on First Nation treaty-inherent rights is an attack on all of us."

'Our brothers and sisters, on the East Coast, I want you to know that you are in our thoughts'

First Nations in Manitoba are calling for a boycott of all imports of Maritime lobster not harvested by Mi'kmaw fishers, saying "one attack on First Nation treaty-inherent rights is an attack on all of us."

Kevin Hart, the Manitoba regional chief of the Assembly of First Nations, shouted those words from the steps of the Manitoba Legislative Building on Wednesday as other Indigenous leaders and supporters applauded.

"We are here today because our livelihood is being attacked out east. The First Nations people stand in solidarity with our relatives out east, the Mi'kmaw."

Hart said he has also reached out to the European Union, urging them to support the Mi'kmaw moderate livelihood fishery.

"Canadian exports of lobster to Europe are worth about $175 million per year. A European trade boycott of non-Indigenous lobster in support of the treaty rights of Mi'kmaw fishers would be consistent with the European Parliament's resolution to respect and support the rights and personal safety of Indigenous people," Hart said.

"A European boycott of non-Indigenous Canadian lobster imports will show Canada, Nova Scotia and the non-Indigenous fishers that there is zero tolerance in Europe for violence against Indigenous peoples."

The dispute between commercial lobster fishermen and Mi'kmaw fishermen has led to violence and unrest in southwest Nova Scotia, with commercial fishermen there objecting to Mi'kmaw boats fishing out of season, saying it could harm lobster stocks.

A landmark 1999 Supreme Court decision affirmed the right of First Nations people on Canada's East Coast to earn a "moderate livelihood" from fishing, though that term has never been defined.

Commercial fishers who say the fishery is illegal have pushed back on the move, with facilities that store lobster caught by Mi'kmaw fishers targeted and vandalized.

Hart's comments were made in a news release Wednesday afternoon as Indigenous leaders in Manitoba condemned the RCMP for not doing enough to keep the peace between the two groups.

A drum song and prayer at the RCMP D Division on Portage Avenue in Winnipeg preceded a ceremonial horse spirit ride to the legislative building, where First Nations and Métis leaders gathered.

"I want to send out a message to our friends and relatives, our brothers and sisters, on the East Coast, I want you to know that you are in our thoughts," Assembly of Manitoba Chiefs Grand Chief Arlen Dumas said during a Facebook Live event before the ceremony at the RCMP building.

"We will amplify this issue, we will bring it forward. There needs to be some meaningful discussion and conversation."

He said videos showed violent, racist behaviour by the commercial fishers against Mi'kmaw people while RCMP stood by.

"If we are a nation of laws, then the highest law in this country is the Constitution, and our Constitution recognizes and affirms the treaty rights of the Mi'kmaw people to conduct themselves in accordance to their fishing rights under those treaties," said Sinclair, a former judge who was chair of the Truth and Reconciliation Commission.

Sinclair said he has also expressed his disappointment in messages to Prime Minister Justin Trudeau and the RCMP.

"We need people to understand that a treaty right that's protected by the Constitution is a legal right. It's a law of the land that needs to be upheld and protected," he said.

"The failure of people to uphold the treaty right just because they disagree with it is unacceptable and can't be tolerated."

On Wednesday, RCMP Commissioner Brenda Lucki defended the conduct of RCMP in Nova Scotia, prompting Dumas to call for her resignation.

"I am utterly appalled that Commissioner Lucki has gone on record to state that the RCMP has not let down the Mi'kmaw fishers in Nova Scotia," he said in a news release.

The RCMP must improve the way they work with the Mi'kmaq and the Department of Fisheries and Oceans in order to de-escalate this situation, and Lucki must resign, Dumas said.

"The RCMP is mandated to serve and protect our citizens within our nations, and it must be held accountable for the quality of service and policing provided," he said.

"To go on record to state that a number of these incidents occurred were not witnessed by the RCMP, when there are videos circulating on social media that show the contrary, is obscene." 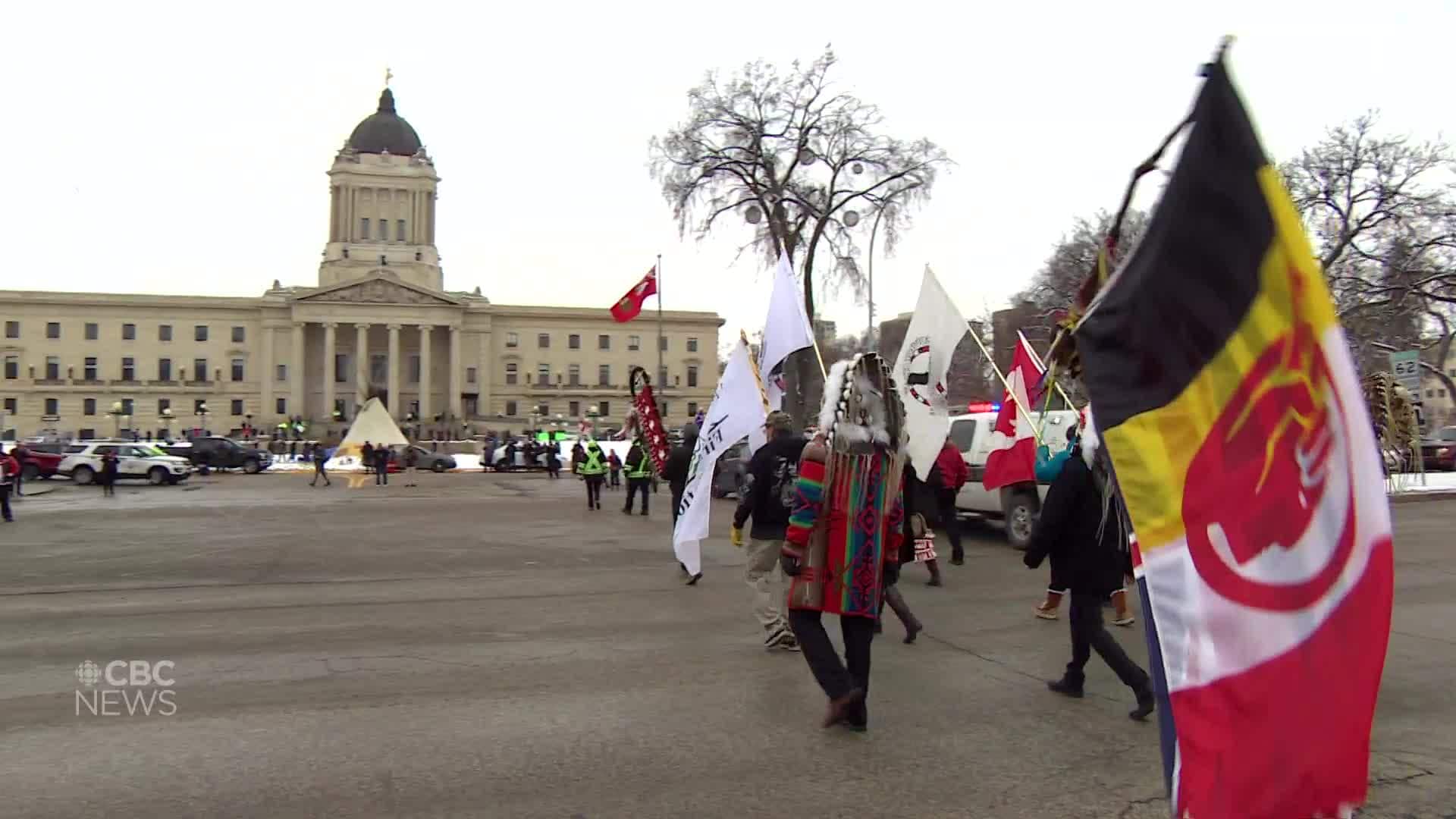 4 months ago
2:30
Manitoba's Indigenous leaders spoke out today against violence on the east coast. Tensions have been high in southwestern Nova Scotia between Mi'kmaq and non-Indigenous lobster fishermen over treaty rights. 2:30
CBC's Journalistic Standards and Practices|About CBC News
now