Winnipeg football player sidelined by rule that keeps him from playing at new school, after team folds

A Winnipeg father says a rule that won't allow his son to play high school football for 12 months after transferring to a new school needs to be scratched.

A Winnipeg father says a rule that won't allow his son to play high school football for 12 months after transferring to a new school needs to be sacked.

Tyler Dykstra, 16, transferred to Vincent Massey Collegiate at the start of the school year because the team at his previous school, Murdoch MacKay Collegiate, folded due to a lack of players.

A rule in the Manitoba High Schools Athletic Association's policy states a student who transfers to a new school can't play for the new school's team for 12 months.

"This is an organization that is supposed to be promoting student athletes and all they are doing is stomping on him here, and I don't think that's right," said Tyler's dad, Darryl Dykstra.

Tyler, who is in Grade 11, is allowed to be a member of the new team and practices with them five days a week, but he's not allowed to wear the uniform on game day.

"It hurts a bit to just sit on the sideline, but I'm willing to do it," he said.

The rule was brought in three years ago, to keep athletes from chasing a championship by switching teams, and not displace students already at the school wanting to play.

"The policy ensures student athletes who attend their home catchment area school are not competitively displaced on team rosters by athletes transferring in from other catchment areas," said Chad Falk, executive director of the MHSAA, in an email.

"In addition, the MHSAA discovered that more student athletes were being encouraged by friends, families, or coaches to transfer schools to have the potential of winning a provincial championship. There was an increase of students being displaced and the potential of 'stacked' teams was on the rise," he said.

'It's just not fair'

Dykstra thinks the rule is being misused, and should allow for a case-by-case assessment, instead of a blanket policy.

"The rule is a great rule, but it's being used the wrong way right now. It's hindering him from going after his goals that he wants to achieve," said Dykstra.

The policy lists a number of extenuating circumstances in which this rule may be appealed on, such as a family moving to a new area, but also explicitly states:

"The Appeals Committee will not consider as a reason for transfer; that a sport or team is no longer offered at the previous school."

When the outside linebacker found out his team was folding just days before the start of the school year, he quickly applied at four different schools before deciding on Vincent Massey.

The Dykstras say at the time, they didn't know the policy had a specific rule on transfers after a team folds.

The father and son have appealed the rule twice, and were rejected both times. They no longer have any other recourse but want the rule changed so this doesn't happen to other players in the future.

"These are supposed to be my two best years of my life playing football, and one of them is being taken away," said Tyler.

"It's going to leave me without a whole year of in-game experience, that's gonna make me not as experienced for Grade 12," he said.

Tyler has played football since the age of six, and switched from club football to the high school league last year, because it's more competitive.

"He wants to play football at the calibre of football he likes to play," said Dykstra, adding that going back to club football would hinder his son's development as a player and his chance to earn a scholarship.

"You don't get scholarships from club football," he said.

Tyler says he will continue to go to Vincent Massey, which takes him over an hour to get to by bus, so that he will have the opportunity to play next year.

"Hopefully, one day I want to achieve, like get a scholarship, maybe go somewhere with it," said Tyler.

"I didn't have a choice as to whether the team folding or not folding, I just feel like going to another school instead of playing club ball was the right choice to further my career," he said.

Tyler's former coach at Murdoch MacKay, Thomas Lange, says it's unfortunate that the rule is being applied this way.

"I think the MHSAA is totally right in the idea of a transfer rule, but in this case, I think the exception is going in the wrong way," said Lange.

"I think the exception should be, if a team folds, 'what can we do to get these kids playing?''' he said.

"It's the Manitoba High School Athletics Association, should we not be trying to keep kids playing high school sports?" he said.

Lange says Tyler having to sit on the sidelines for the year will set him back in game experience. He says he's a strong player who has the potential, and the grades, to get a scholarship and play at the next level.

"He's a straight-A student, he's an honour-roll student ... he's an overall amazing kid ... that is being held out because of a rule, that is absolutely necessary, but needs to have exceptions built in for something like this," he said.

The MHSAA said their policies are reviewed on a regular basis and this rule will be looked at in the future. They say they will be examining the transfer policies of other jurisdictions to look at their practices, and be consulting with their members for feedback. 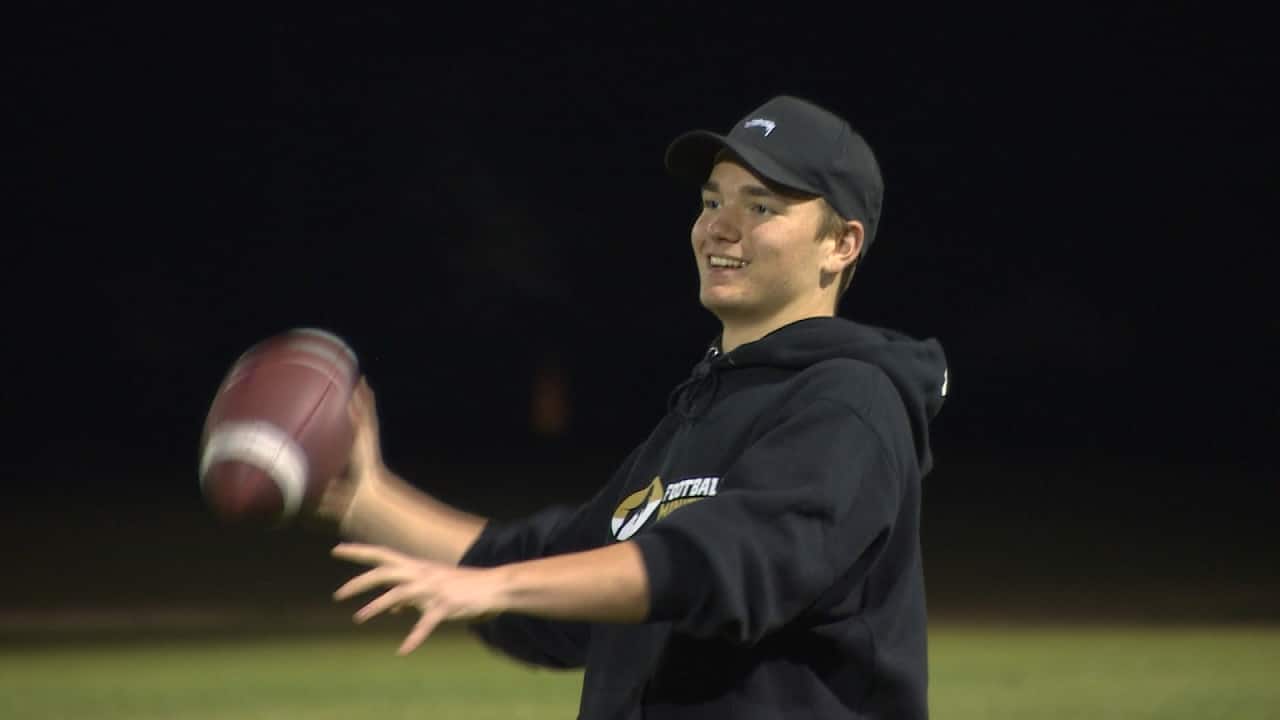