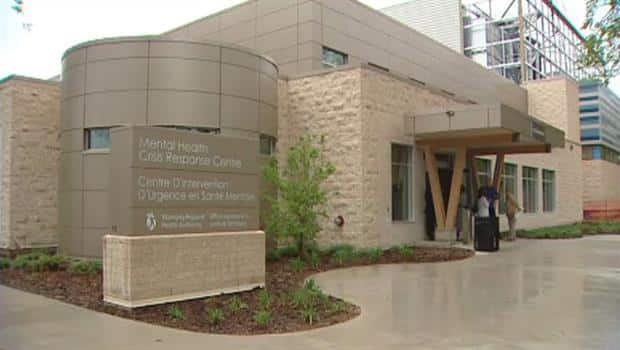 The $12.3 million facility opens June 3 and will divert about 10,000 mental health cases from other Winnipeg emergency rooms.

"Our experience has been if you build it, they use it, and there is a gigantic need here, so we’re anticipating that and more," said Arlene Wilgosh, the president of the Winnipeg Regional Health Authority.

WRHA officials said more than 10,000 people per year visit Winnipeg emergency rooms because of mental health crises. Of those, only about 15 per cent must be hospitalized.

Heisinger said he knew firsthand about the need for a mental health crisis centre. In August 2011, former Manitoba Moose forward Rick Rypien took his own life. He had a contract with the Winnipeg Jets at the time of his death.

"Over time Rick and I became very close friends. It just never gets easier," said Heisinger, who was general manager of the Moose when Rypien played.

"Rick was dealing with something he couldn’t share. He was always on the edge."

Heisinger said he hopes the new centre will help prevent similar tragedies in the future — a sentiment shared by the province and WRHA officials.

Officials said those who need the service will have access to it 24 hours a day, and it will be staffed by mental health professionals at all times.

Staff will be ready to deal with a variety of mental health crises, including suicidal behavior, emotional trauma assessment, crisis intervention and assessing immediate risk.

The centre is located adjacent to the Health Sciences Centre and will work closely with their ER, according to provincial officials.