After two years and $8 million, the doors are open once again to a Brandon apartment block that was heavily damaged in a fire.

After two years and $8 million, the doors are open once again to a Brandon apartment block that was heavily damaged in a fire.

Massey Manor, at the corner of Pacific Avenue and Seventh Street in Brandon's downtown core, was one of four buildings in the city's downtown to catch fire in May 2018. The fire forced more than 150 people from their homes.

"It's a rebirth," said Glen Kruck, regional manager of the Community Health and Housing Association in Brandon. "It's a rebirth of the building in so many ways."

Most of the damage at Massey Manor, which was built in 1913 and operated as a warehouse for decades before being converted to apartments in a $10 million renovation in 2012, wasn't caused by fire but by millions of litres of water that were poured onto the roof in an effort to contain the blaze.

The fire started on the hot, windy Saturday of the May long weekend in an office supply store across the street. Embers and ash from the fire drifted south, igniting the apartment block, a beer vendor and nightclub about a block away and a small strip mall down the street.

All said, investigators estimated the fire caused $25 million in physical damage to Brandon's historic downtown. But the unseen toll was that of taking dozens of affordable housing units off the market in a city that has struggled with low vacancy rates and affordable rental rates for years.

"It helps stabilize downtown with good long term rental units," Kruck said. "It helps people be able to be secure in rental housing so when their kids go to school, or employment, they're stabilized."

Kruck said the water used to douse the roof fire on Massey Manor flowed down though the floors of the building, heavily damaging each suite in its wake.

With no ventilation in the building following the fire, he said mould quickly set in, crawling up the walls and everything in its path.

"I came into the building a few days afterwards, you had rubbers on because you were walking in water on all levels," he said. "It was disaster. Within 24 hours of the fire, it was a disaster."

Kruck said the the entire interior of the building was gutted in the weeks and months that followed. After that, the painstaking process of rebuilding each of the building's 59 suites got underway.

He said the rebuild also allowed CHHA and its partners, which include the Brandon Friendship Centre and Manitoba Housing, to make a few improvements from the 2012 renovation — including ridding the building of any carpet flooring for the sake of easier maintenance.

The rebuild also features wide, well-lit hallways and visible security cameras in almost every public space in the building.

He expects between 150 and 200 people — mainly comprised of families — will live in the building once it's been filled.

"There's been people wanting to get in here for years," he said.

He said the building's six emergency homeless suites — which are each separately accessed from the street — are also going to be opened up again.

Those units can house one person, or whole families who find themselves in an immediate need of emergency housing. Brandon doesn't currently have a year-round homeless shelter.

"When people think of homelessness, they think of someone who has serious mental health issues or is addicted or an alcoholic," Kruck said. "A good percentage of our individuals are family breakup, relationship breakup."

WATCH | Massey Manor was gutted and rebuilt after May long weekend fire in 2018: 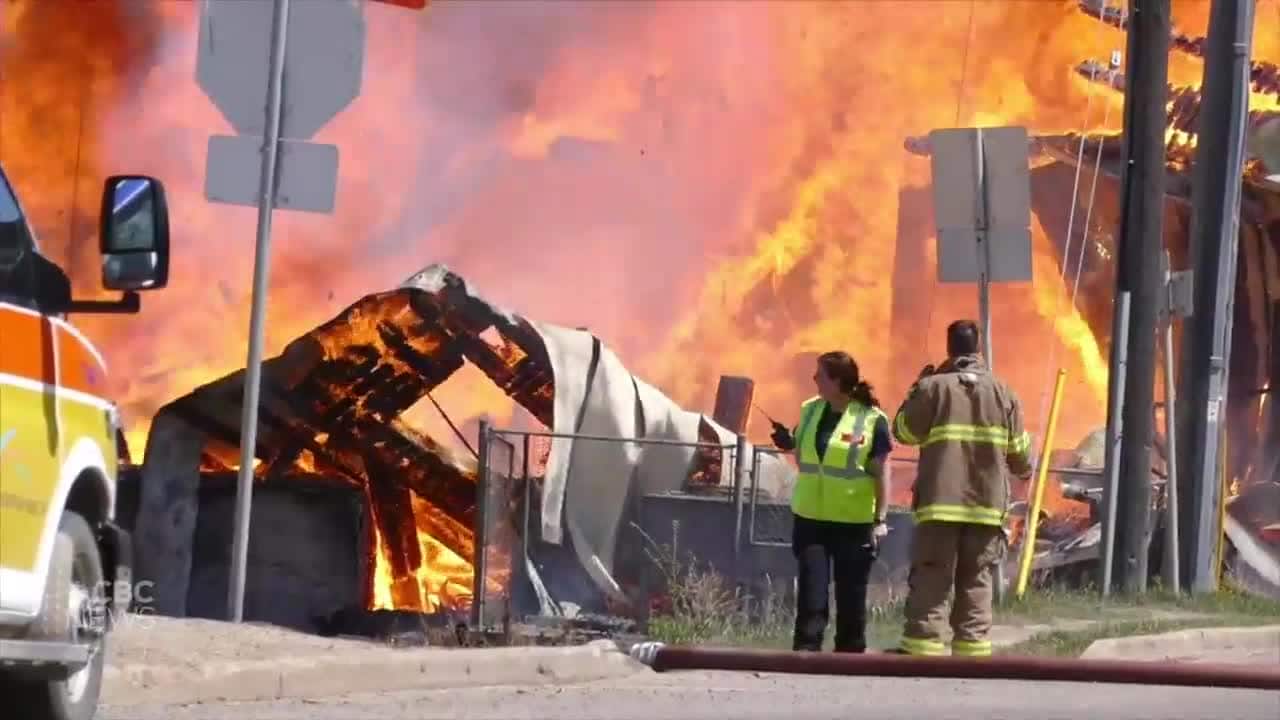 5 months ago
2:06
Massey Manor, at the corner of Pacific Avenue and Seventh Street in Brandon's downtown core, was one of four buildings in the city's downtown to catch fire in May 2018. The fire forced more than 150 people from their homes. 2:06

Each unit has a thick steel door and a sink, washroom and place to sleep out of the elements.

"It's such a wide spectrum — a lot of people are a paycheque or two paycheques away from being homeless," Kruck said. "Homelessness doesn't just affect the lowest, it affects a lot of individuals."

Kruck said a few finishing touches are still taking place in and around the building, but the first tenant has already moved in. He expects many more will begin moving in soon.

"I'm just looking forward to having families, to having the life come back into majestic Massey Manor," Kruck said. "Its a beautiful place. We have a playground. We have all the services, so yes we're open for business."