Masks on, but 'distancing is not great': Room for improvement on following protocols, Winnipeg students say

Two weeks into school amidst the COVID-19 pandemic, Winnipeg high school students say there is room for improvement when it comes to following public health protocols.

Mixing cohorts and crowded hallways are part of the reality Manitoba students are facing as they begin a new school year amidst the COVID-19 pandemic.

Despite a laundry list of new protocols and public health measures to keep staff and students safe, some Winnipeg high school students told CBC News the transition back to the classroom has been inconsistent.

"Most people are following the rules, but there are … a lot of people that are not," said Jasmine Dhalla, a Grade 11 student at a northwest Winnipeg high school.

That includes some students mixing cohorts and not following protocols, like arrows in hallways to indicate the direction of traffic.

Like all Grade 4 to 12 students in the province, she is required to wear a mask in all common areas when she's at school, and has to sanitize her hands when she enters the building or switches rooms.

WATCH | How are students adjusting to new public health protocols? 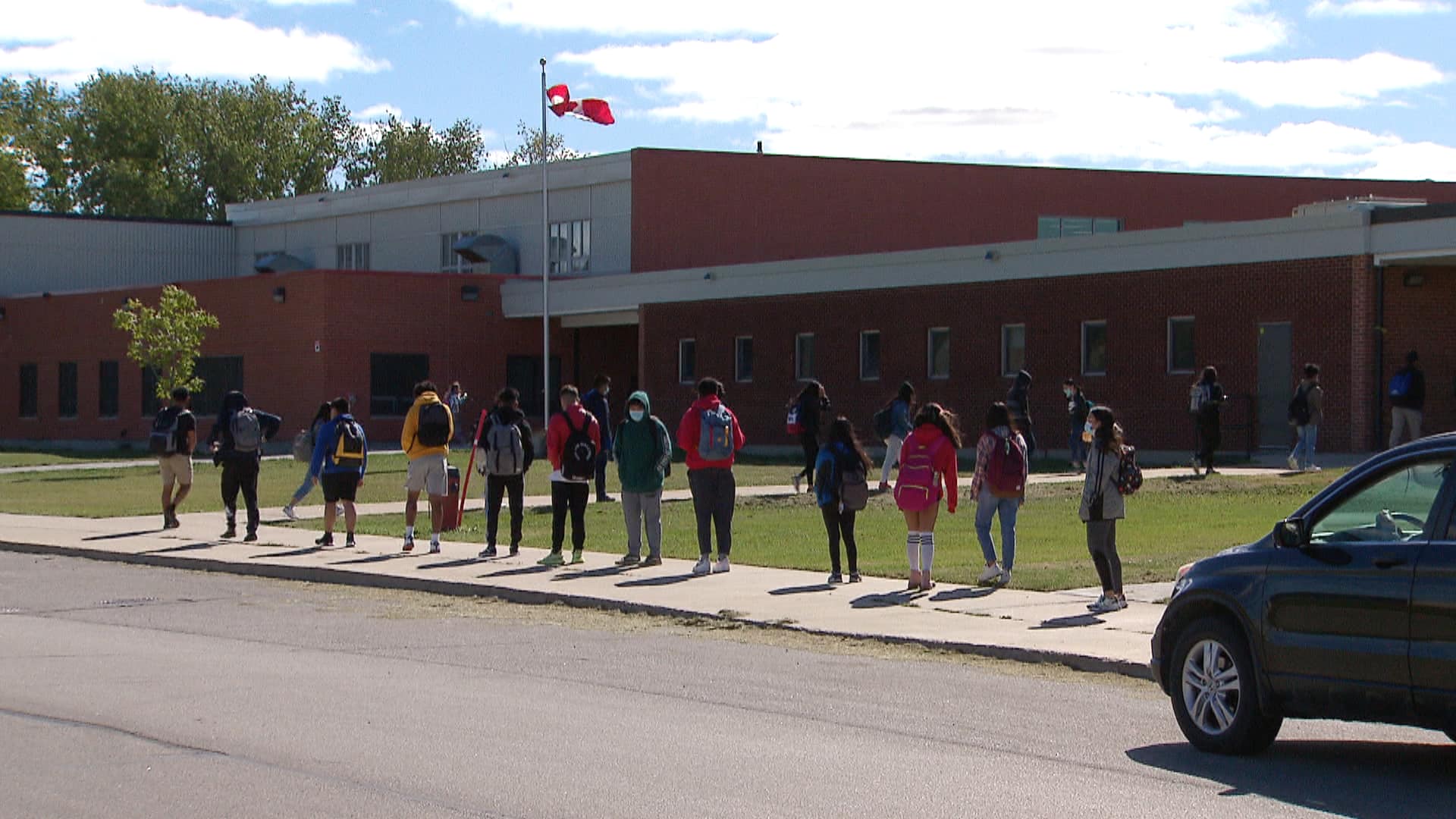 How are students adjusting to new public health protocols?

1 month ago
2:18
CBC Manitoba checked in with high school students on how they feel about the new rules and protocols that go along with the pandemic. 2:18

Most students CBC News talked to at Dhalla's school said their classmates are abiding by the mandatory mask policy.

In an effort to reduce class sizes, students at her school — like many others — have been split into two groups alphabetically. The groups alternate between days where they work remotely at home, and days where they attend class in the school.

At least, that how it's supposed to work.

"Some people will come here when it's not their cohort for lunch or something," she said.

Grade 12 student Shawn Pal Sahota said he sees that too, because teens are missing their friends.

"Not a lot of people are sticking to their cohorts," he said. "Today is L to Z [students in class], and yesterday was A to K. All of our friends are A to K — that's why a lot of people switch."

The province recommended schools create cohorts, or groups of students up to 75, to limit exposure and streamline contact tracing in the event of positive COVID-19 cases in schools.

Sahota said he sticks to the days he is supposed to attend class, but admits he sees friends outside of his cohort during off-school hours.

'We'll do better as time goes on'

Quiannah Rivera, 17, said students are released from class at staggered times, but admitted physical distancing is not always possible.

"In the halls, it's really crowded, so not everyone social-distances," she said. "It's harder to — especially after, when classes end."

"I feel like everyone is doing pretty good, except … the distancing is not great always," she said. "I think we're just getting used to it, and we'll do better as time goes on."

The first COVID-19 case in a Manitoba school was detected last week, a day after students went back to class.

Since then, 11 cases of COVID-19 have cropped in schools across Manitoba.

On Wednesday, an outbreak was declared at Winnipeg's John Pritchard School. The number of COVID-19 cases linked to that outbreak has climbed to seven.

In response, roughly 250 students at the school in grades 6, 7, and 8, as well as those in a grade 4/5 split class, have started remote learning. They're expected to be at home for up to two weeks.

Napoletano, like some other students, said news of cases in schools makes her uneasy, but she is still feeling good about being back in class.

"It makes me a little uncomfortable, to be honest," she said. "But I feel like if we all just do our part we'll stay safe and everyone will be fine."