Students at École Marie-Anne Gaboury in Winnipeg have designed and constructed a massive snow fort they now use as an outdoor classroom.

It's got a tunnel, windows, decorations, and seating inside for an entire class — and it's been designed and made by 400 children.

Students at École Marie-Anne Gaboury in Winnipeg worked together this week to build an epic snow fort in front of their school.

At 11 metres long and two metres high, it's so big they've turned the inside into a classroom, complete with chairs and tables made out of ice.

"It's higher than me and most of the kids at school," said 11-year-old Cayden Gonzalez.

Each class had a chance to design what they wanted it to look like, and came up with some creative — albeit difficult to execute — ideas, their physical education teacher Jöel Bohémier says.

"Most of them had slides coming out of the top," he laughed. "Some were 15, 20 feet high. We had staircases, big castles," he said.

In the end, the prototype that was chosen is still impressive, complete with decorations and furniture made out of ice and dyed with food colouring.

It only took the students four days to build the whole thing, Bohémier said.

"It's still standing, so hopefully it doesn't melt too fast. We'll see."

WATCH | Take a peek inside this epic Winnipeg snow fort: 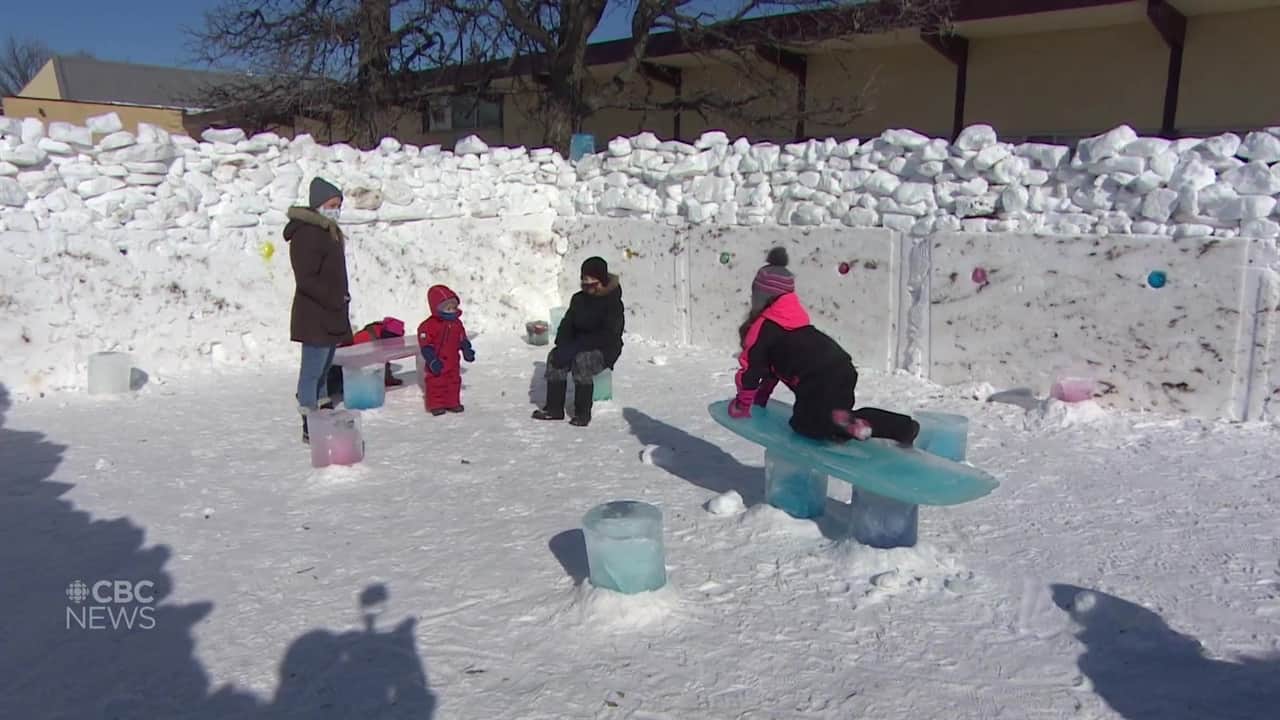 8 days ago
1:49
Students at École Marie-Anne Gaboury in Winnipeg worked together this week to build an epic snow fort in front of their school. 1:49

Bohémier said this time of year the school would be celebrating Festival du Voyageur, so building the fort was a great alternative to get the students outside and help them feel like a community working together.

They always build sculptures in the winter, but the class wanted to step it up this year.

"It was way bigger than we thought it was going to be," Bohémier said. "And so much better."

Students took turns during gym class filling and hauling toboggans with snow around the school property, while older students piled them higher and higher — all in cold conditions.

"Once you work, you warm up. Kids learn the hard way. Some of them that don't move will realize that once they are active and they move — which obviously we promote in phys ed — then they warm up pretty quickly," he said.

It's all about dressing for the conditions, according to nine-year-old Sophia Gonzalez.

"Because I like crawling, I'm always wearing my ski pants and staying warm so I don't really care."

Mom Jennifer Gonzalez says it's been a great distraction for her kids.

"They have had a lot of things taken from them this year," Jennifer said. "So to have something to look forward to every day at school, something different from being in the classroom, it's been really good."

Her son Cayden thinks other schools should try to build their own forts, too.

"It would be very fun and also an outdoor classroom like this would be very good for education, because you're getting outside while learning."