A mother whose son died of a suspected fentanyl overdose this summer says she knows too many parents who have lost their adult children to drug overdoses during the pandemic.

'There is no question the drug epidemic is being overshadowed by COVID,' says Winnipeg fire chief

Matt Murray-Raske says it's an image that will haunt him for the rest of his life: administering CPR to his friend lying on the floor, who was turning blue, waiting for paramedics to arrive.

"I watched them pull him out of my house in a body bag and put him on a stretcher. I stood in my front yard crying. I never wanted that," said Murray-Raske, 26.

"He is a good friend. He didn't deserve that," said Murray-Raske. "I really take a lot of blame on myself."

Now he and McCartan's mother are warning that the young man's death is a sign people may be losing sight of Winnipeg's deadly problem with opioids during the COVID-19 pandemic.

McCartan and Murray-Raske got together at the latter's Furby Street house on Aug. 15. The alcohol whet their appetite for something harder. When they couldn't find cocaine, they took "down" — a mixture of fentanyl, heroin and other fillers.

That night, police contacted Margaret Swan to tell her her son was dead.

"I didn't know what to think. I knew he had an alcohol addiction since my other son, John, died of a drug overdose five years ago," she said.

"But at the same time, with everything going on, I wasn't surprised, because I know so many people who have lost family members to drug overdoses, especially during COVID in the last few months."

She believes the pandemic has made addiction worse because of the isolation. Michael, she said, had a hard time with lockdown restrictions, including being isolated and not being able to work.

Manitoba has now seen more then 30 COVID-19-related deaths, but "I bet there are more people dying from overdoses," said Swan. "What are we doing to protect and help those people? Not enough, if anything at all."

Murray-Raske says while the pandemic is a huge issue, and COVID-19 is claiming lives, people may be forgetting the opioid crisis is surging with a vengeance. Four of his friends have died from overdoses during the pandemic, he said.

"The mental health aspect comes in too, when you are locked inside. You are secluded alone with your thoughts, and people can turn to bad things when that happens."

CBC News has asked the Medical Examiner's Office how many fatal overdoses there have been during the pandemic, but has not yet received that information.

But data from the Winnipeg Fire Paramedic Service mirrors what Swan and Murray-Raske are seeing and saying.

Fire-paramedic Chief John Lane says at a time when drugs on the street have become increasingly potent and deadly, COVID-19 "has pushed overdoses, from opioids or anything else, out of the news cycle.

"There is no question the drug epidemic is being overshadowed by COVID."

Lane says when people feel more isolated, the whole spectrum of addiction is affected. They may become more desperate.

He says statistics gathered by the fire-paramedic service on how many patients have received naloxone, the life-saving opioid overdose-reversal drug, bear that out.

In addition, Lane says some of those patients have to be given multiple doses of the antidote because of the increasing potency and strength of the opioids. A total of 2,018 naloxone doses have been administered so far this year, compared to 1,409 doses for all of last year.

"It is clearly dire. We still have three more months to go before the end of the year."

While the numbers suggest she's far from alone, Swan says she struggles at a gut level with her grief.

"I cry a lot. I stay up late at night. Sometimes I pull out my Michael's jacket and hold it for comfort," she said, bursting into tears.

She is tormented by questions — how did Michael, who didn't drink, smoke or do drugs as a teenager, end up dying of an overdose?

Swan admitted that at first, she wanted someone to blame, to hold responsible. But she knew in her heart that was the wrong thing to do.  It wouldn't bring Michael back.

So Swan connected with Matt Murray-Raske online, wanting him to know she holds no anger toward him, and offering caring and understanding.

"I told him, 'I will be there for you. You were my son's friend. Whatever you need, I will try and help. Get the help you need, so another young life will be saved, not lost,'" said Swan.

As for Murray-Raske, he is trying to bring some good out of what he calls a horrible and heart-breaking situation for Michael, his mom and for himself.

He is speaking out about what happened, working on his recovery, and working as a community support worker at Morberg House — where he's previously gone for help himself, and is now helping others battling addiction.

He's convinced that this time, his recovery will stick.

"It really hurts that Michael is not here anymore — that I couldn't save him," Murray-Raske said.

"His passing away has changed my life. I almost feel like I owe it to him to pull something good out of this and not let him die for nothing, so he is not another statistic in overdoses.

"People need to hear this." 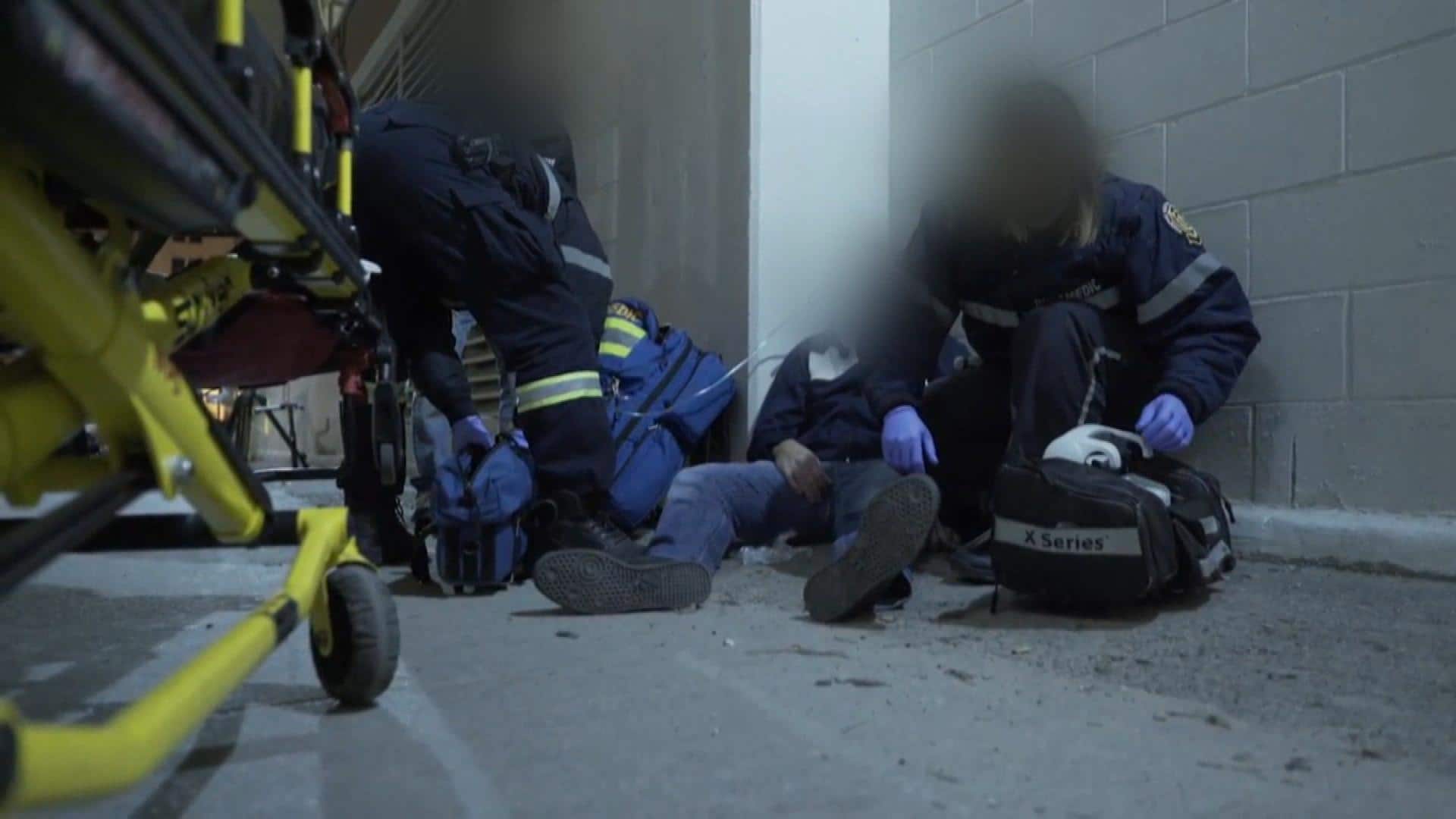 Mother and friend say COVID-19 is overshadowing the opioid crisis

2 months agoVideo
3:38
A mother whose son died of a suspected fentanyl overdose and a friend who was with him the night he died believe the pandemic has made addiction worse because of the isolation and the difficulty in getting help during the lockdown. 3:38

With files from Jill Coubrough and Bryce Hoye