A Winnipeg teen with a form of muscular dystrophy has waited since last summer for an assessment so he can get a driver's licence while his friends are already driving.

A Winnipeg teen with a form of muscular dystrophy has waited since last summer for an assessment so he can get a driver's licence while his friends are already driving.

"Yeah, all my friends have their licences and they always ask me, when are you getting yours? And I just have to tell them I have to wait longer," Luke Armbruster said.

It hasn't been so easy for Luke, who has a form of muscular dystrophy that affects the strength in his arms and legs.

Luke has been waiting since last July to see an occupational therapist at Health Sciences Centre for an assessment. He already passed the knowledge portion of the process and filled out all the necessary paperwork. He was tantalizingly close.

"It's just kind of like an accomplishment you get when you're like 16 and it feels good. But I guess for me, I'm 17 now and I still don't have it. So it's a little bit frustrating," Luke said.

In late September, the family was told Luke had been put on a waiting list, and there were delays because of the pandemic.

The family phoned several times, but said no one returned their calls.

In mid-February, the Armbrusters were told Occupational Therapy at HSC has been closed since early 2020 and there was no word when it would reopen — effectively slamming the door shut on completing the process.

The family was told by someone at Occupational Therapy at HSC to call Manitoba Public Insurance and Premier Brian Pallister about the backlog on their waiting list.

The roadblocks have Luke's father Sherwood more than a little frustrated.

"Luke has a part-time job. He has a summer job lined up. He's going to be enrolled in post-secondary education," Armbruster said.

He says for Luke, being able to drive a car is "more than just a significant milestone in our rite of passage in a young person's life — it's something required for independence in the community."

As they watch Luke's friends get road tests with MPI examiners — despite the pandemic — both father and son conclude the delays discriminate against people with a physical disability.

"If this was all young drivers of a certain race, of a certain sexual orientation, of a certain certain gender, that are not able to get their driver's licence for any period of time, whether it's one month, three months, nine months, I don't believe that's acceptable. And it absolutely would meet the threshold of discrimination under Human Rights Act," Sherwood said.

"Everybody else can go do this and I feel like everybody should have an opportunity to get their licence," Luke Armbruster said.

Services need to be available on equal basis

The head of Manitoba Possible agrees with the Armbrusters.

Manitoba Possible (once known as Society for Manitobans with Disabilities) provides services, programs and support for people in the province with physical disabilities.

"We think about community services, health services and amenities for the general population, [but] they must be available on an equal basis to people with disabilities ... in Luke's case, a young man can't get his driver's licence when all his buddies are — that's crushing," Erickson said.

Sherwood thinks the blockades have little to do with funding and more to do with managing through difficult times.

"I received an $80 (insurance rebate from MPI) check last month. It tells me that this is not a resource problem. This is a vision problem. It's not a lack of funds in the system, there's a lack of ideas or creativity," Sherwood said.

A spokesperson for Manitoba Health told CBC News in an email "the public health orders note that there are no restrictions on Manitoba government services and healthcare," and forwarded CBC's request for information to Manitoba's Shared Health department.

"We anticipate a gradual resumption of our services and will be working to reschedule postponed assessments, as well as following up with those on our waiting list as resources become available," wrote the Shared Health spokesperson.

Last week, the Armbrusters received a phone call from MPI to say assessments would hopefully resume in March.

In the meantime, not having a drivers permit doesn't mean Luke Armbruster isn't busy.

Armbruster rips up the ice playing sledge hockey, is hammering through grade 12 and hosts online workout classes twice a week for kids with physical disabilities. 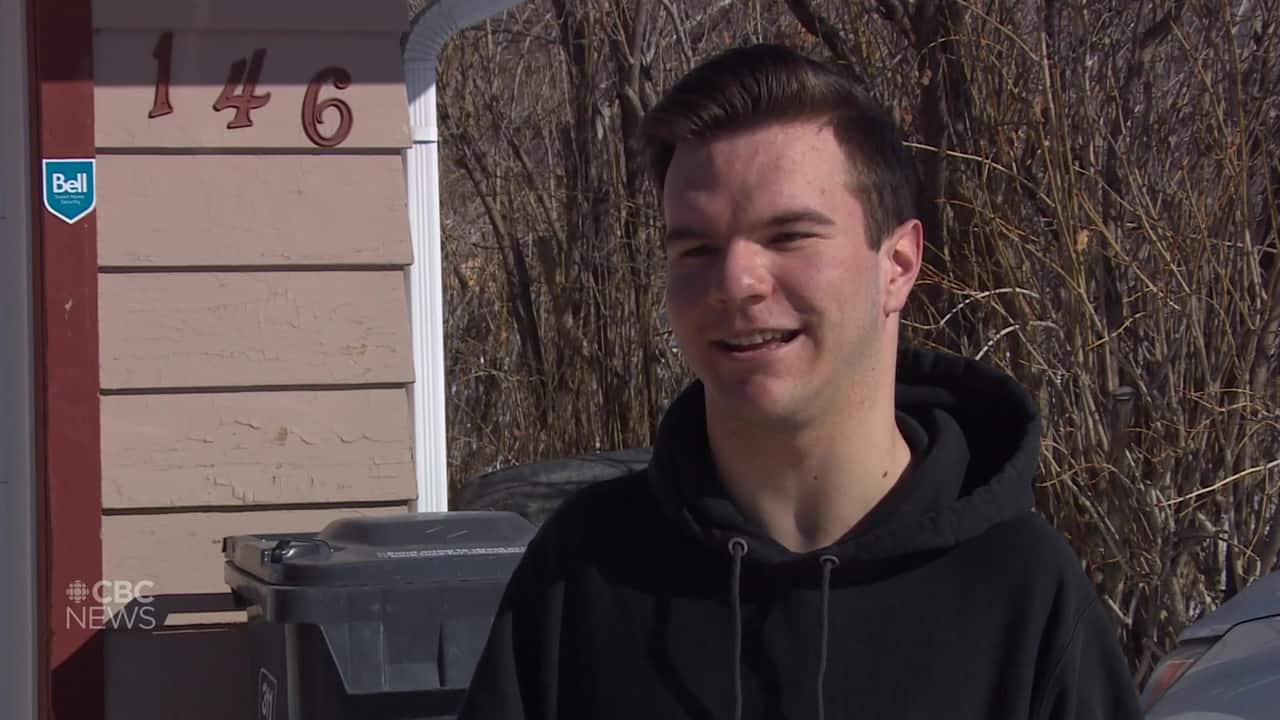 5 days ago
2:43
A Winnipeg family says months of delays for their son to get a driver's license amounts to discriminating against people with physical disabilities. 2:43
CBC's Journalistic Standards and Practices|About CBC News
now