Manitobans have many bubbly choices for New Year's cheer

Manitobans shopping for their New Year's Eve bubbly will face long lines today, but the biggest challenge might not be in weaving through the heavy, last-minute liquor store traffic — it could be in simply deciding what to get. 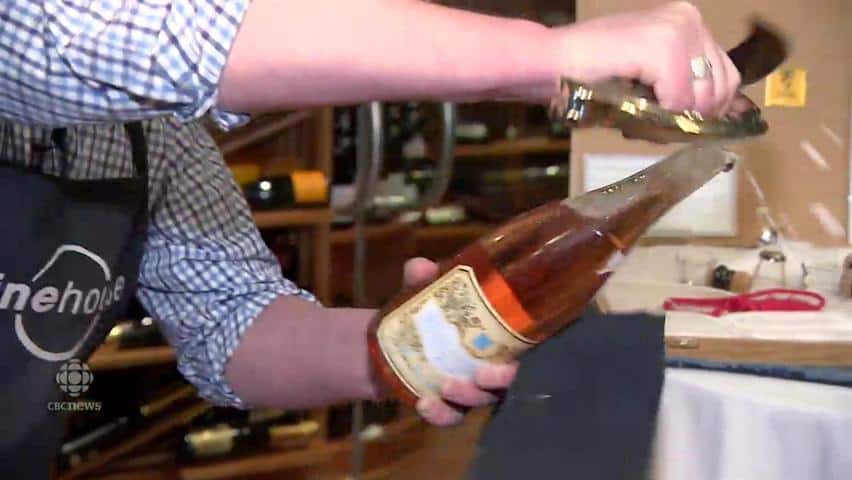 Picking the right bubbly to ring in 2016

Manitobans shopping for their New Year's Eve bubbly will face long lines today, but the biggest challenge might not be in weaving through the heavy, last-minute liquor store traffic — it could be in simply deciding what to get.

There are literally dozens of sparkling wines to choose from to celebrate the arrival of 2016: Italian proseccos, Spanish cava and, of course, French champagne.

James Engstrom, who manages The Winehouse, a private store on Kenaston Boulevard, says part of a good bottle is in the bubbles.

"What they do a lot of time is they judge champagnes, sparklings [and] proseccos by the quality of the bubbles. A lot of times they will say the smaller bubbles the better but some people prefer a meatier kind of a champagne," he said.

Traditional champagnes are generally more expensive — anywhere from $40 or $50 to several hundred dollars per bottle. Sparkling wines, made in several countries through a variety of methods, are typically not as labour intensive to produce. Champagne is a carefully protected brand which, by law, can only be produced in a certain region of France.

Engstrom says the special chalky soil in the area produces a grape that makes champagne distinct. It makes the bubbly product more costly to produce than sparkling wines.

"The land isn't as expensive as it is in Champagne. They [producers of sparkling wines] are using different grape varietals — easier to grow as well," Engstrom said.

There are plenty of tasty sparkling wines — some less than $20 — and the decision over which one to pick doesn't always come down to just taste, sometimes tradition plays a role, Engstrom said.

In a blind taste-test Wednesday at The Winehouse, customer Rose Ediger selected the light bubbles of a prosecco wine as her favourite but admitted traditional champagne is invariably the choice because of the season —  despite the additional cost.

Engstrom's store carries options for most palates, from sparkling cavas around $13 or $14 to a Nebuchadnezzar (15 litre bottle) of Luc Belaire Rose' for $3,500. And of course, several brands of champagne.