'What about us?' People with disabilities and their advocates wonder when services will restart

As servers, barbers, massage therapists and physiotherapists head back to work, advocates for people with disabilities want to ensure crucial services scaled back in the past two months aren't forgotten.

Day programming for people with intellectual, physical disabilities not among services restarting now

As servers, barbers, massage therapists and physiotherapists head back to work, advocates for people with disabilities want to ensure crucial services scaled back in the past two months aren't forgotten.

While some people who provide services for people with disabilities think it's wise to go slow, others wonder what the plan is for what they call essential services for vulnerable people.

Disability advocate and support worker Carlos Sosa wonders what's on the way for his clients with intellectual disabilities, who have suffered significant disruptions to their daily routines.

"There doesn't seem to be a plan for reopening supports for our most vulnerable people," said Sosa, who also lives with a disability.

Campgrounds can reopen, as can day camps for kids as long as they cap attendance at 16 and avoid prolonged exposure among participants.

But Phase 1 one of the reopening plans doesn't include day programming, in part due to the heightened risk vulnerable people may face if they do contract COVID-19.

Day programs take many forms, from recreational activities to volunteer and employment placements.

Sosa said the loss of day programming has left some of his clients with intellectual disabilities confused and with few options to keep busy. Some are on employment and income assistance and can't afford internet so they haven't been able to pivot to socializing strictly online, he said.

Combined with the closure of libraries and pools, that has left a hole.

Sosa is particularly concerned about a client who lives in the inner city and has no close family, but used to enjoy day programming, the library and the pool.

"That was his life," Sosa said. "This transition has been very difficult for him, and there's been really nothing to fill that void."

The conditions of the provincial reopening plans announced by Premier Brian Pallister show signs the government wants to ensure people take pains to minimize the spread to those with underlying conditions, said Rosalie Best, accessibility services co-ordinator with the Manitoba League of Persons with Disabilities.

"It kind of lets people breathe a sigh of relief for people who might be vulnerable," Best said.

But she, too, said she isn't sure where that leaves people who rely on day programming.

"I think it will be one of those that's kind of a little bit forgotten," she said.

"I don't know that a day program is on the top of Pallister's to-do list, just because it's not stimulating the economy."

Many people with disabilities were already socially isolated before the pandemic and that's just been amplified with the scaling down of day programming, said David Kron, executive director of the Cerebral Palsy Association of Manitoba.

"How do you ramp this all back up safely, but also with everybody in mind so you don't forget a segment of the population that has been invisible?" Kron said.

"I wish that document that the government released [Wednesday] had the answers."

Trouble accessing resources also places added strain on loved ones, who haven't had the same ability to take breaks and in some cases are filling in with round-the-clock care, Kron said.

"Day to day, things like grocery shopping or to get respite or home care resources in the community, it's been near impossible and they've had to rely on family and friends," he said.

"They've lost another degree of their independence that we fight hard for to have in the best times." 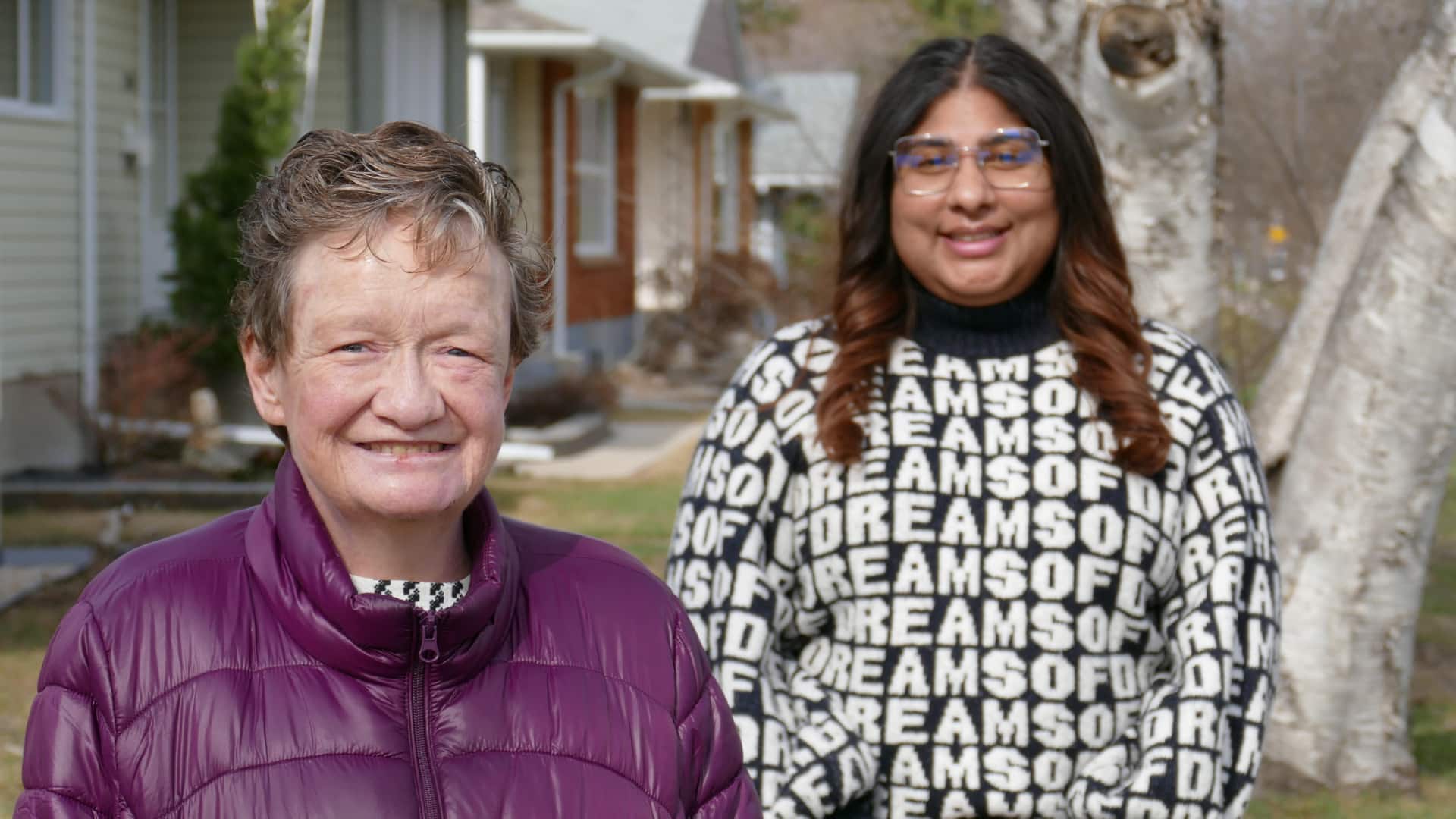 'I want the virus to be over': People with intellectual disabilities wonder when day programming will resume

7 months agoVideo
2:24
Manitobans with intellectual disabilities saw many of the group day programming resources they rely on close down due to the COVID-19 pandemic in the past two months. With patios, salons and more now reopening, they wonder when the province will offer more firm details for when day programs can safely resume. 2:24

The Department of Families' Community Living disABILITY Services is still providing help to participants with critical needs in three areas: those living with family members who risk losing their jobs if programming isn't provided; people supported by home-share providers who can't care for them during the day; and individuals who can't be supported in their homes during the day.

"We will work with the community and the disability services sector on a longer-term plan to resume regular day services and increased social and recreation opportunities, based on the advice and direction of public health officials," said a department spokesperson.

But that isn't a sign the province isn't listening, Powell said.

"Recognizing we work with a population that is more vulnerable to COVID-19, we asked the province to proceed very cautiously," she said.

I think through all this we've felt forgotten​​​- Tiffany Ross

Abilities Manitoba is advocating for day program workers to be classified as essential service providers.

They perform some tasks similar to health-care aids but get paid one-third less on average, Powell said.

Many day program agencies have switched to having workers provide in-home services during the isolation period, Audra Penner said.

"We've really worked with families and within the sector to provide the best services for people during this," said Penner, president and CEO of ImagineAbility, a day program service provider.

'A positive through all this storm'

The one-on-one services ImagineAbility workers are now delivering in people's homes have had a positive impact on Jennifer Thiessen.

She and her support worker, Tiffany Ross, aren't used to spending eight hours a day together; Ross normally works in a day program setting.

Before the lockdown, Thiessen was going to ImagineAbility day programming in a group setting and was preparing a resume to apply in the restaurant industry.

Restaurant patios will be allowed to operate as of Monday, which seems peculiar to Thiessen and Ross.

"If there's restaurants being opened, what about us?" said Ross, with Thiessen sounding an agreement.

"I think through all this we've felt forgotten."

Thiessen really misses date night every other week with her "honey" and boyfriend, who now delivers her bread once a week and can only say hello through the window.

Despite the challenges, both Thiessen and Ross see a silver lining.

"It's been a positive through all this storm."