Manitoba wants to back out of $34M sewage-treatment promise, city says

Manitoba's Progressive Conservative government wants to back out of a $34-million commitment to help Winnipeg pay for billions worth of sewage-treatment upgrades, and instead spend the money on other infrastructure projects, a city report says.

Manitoba's Progressive Conservative government wants to back out of a $34-million commitment to help Winnipeg pay for billions worth of sewage-treatment upgrades, and instead spend the money on other infrastructure projects, the city's chief financial officer says.

The province denies Mike Ruta's report and claims the city is attempting to move around money intended for upgrades at the North End Water Pollution Control Centre.

A report to city council's finance committee, published Friday, says the province wants Winnipeg to redeploy $34.4 million it already gave to the city and use that cash to help pay for other projects it's agreed to fund, including the Waverley underpass and transit projects.

"To move any money off of wastewater treatment when we have these significant projects in the queue is very problematic," Gillingham said Friday at city hall.

The potential redeployment of wastewater-treatment cash could further delay plans to conduct $1.4-billion worth of upgrades to the North End Water Pollution Control Centre, the largest of Winnipeg's three wastewater treatment plants.

This is the largest component of a multibillion-dollar sewage-treatment upgrade ordered by the province in 2003 to reduce the quantity of nutrients that flow into the Red River and into Lake Winnipeg, where they help spawn algae blooms.

The city spent $47 million upgrading the West End Water Pollution Control Centre a decade ago and is in the process of completing $336-million worth of South End plant upgrades.

It also expects to spend billions more in the coming decades to reduce sewage outflows into rivers by replacing combined sewers with dedicated pipes for storm water and for sewage.

The city has paid for most of these upgrades on its own.

In a statement issued Friday, Municipal Relations Minister Jeff Wharton said the city is advancing "inaccurate and misleading assertions in the public arena."

Wharton said $34.4 million devoted to the North End Water Pollution Control Centre "is sitting unused in a city bank account and could be put to other uses before construction on the project begins.

Wharton also said the province has learned the city plans to use the money for unspecified other purposes.

"We have not approved this unilateral redirection of funds advanced for a specific purpose, and we will be formally conveying that position to the city," Wharton said.

The Lake Winnipeg Foundation, which lobbies for the protection of Manitoba's largest waterway, declined to comment. Spokesperson Marlo Campbell said the non-profit organization needs time to consider the situation.

Mike Ruta's report to council also says the province also has yet to follow through on most of its infrastructure funding commitments for the city for 2018. To date, the province has forwarded $1.4 million of the $83.6 million it promised for capital projects in 2018.

The report says the city and provincial governments are still speaking to each other about infrastructure funding.

Wharton said no infrastructure money is being withheld and stated city invoices are merely being reviewed. 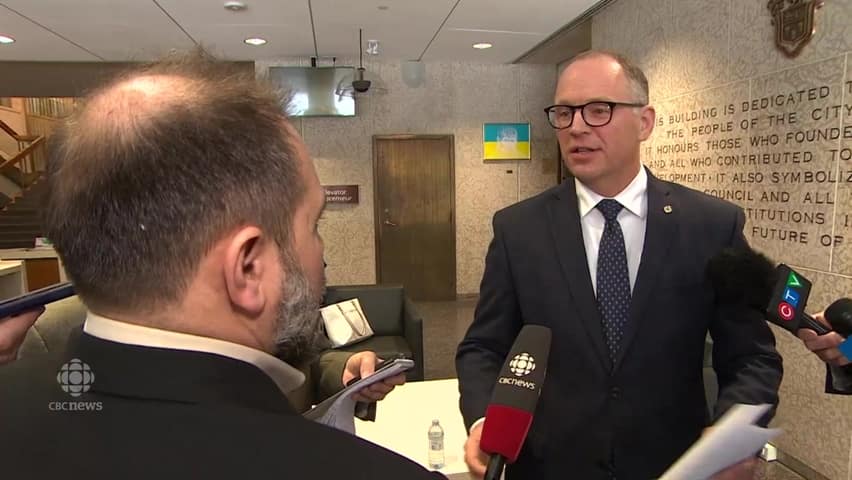