'What we are doing is not yet working': Manitoba health minister teases new rules to slow COVID-19

Cameron Friesen said officials are evaluating how to flatten a troubling rise in the number of positive cases, deaths and hospitalizations.

'Discussion about what is open and what might be curtailed or adjusted will all be on the menu,' Friesen says

Manitoba's health minister strongly hinted Thursday that further restrictions to curb a troubling spike in COVID-19 cases are coming, saying "what we are doing is not yet working."

Cameron Friesen said officials are evaluating how to flatten the rise in the number of positive cases, deaths and hospitalizations, and how that might affect businesses and services in the province.

Dr. Brent Roussin, the province's chief public health officer, is likely to address that at a scheduled news conference on Friday, Friesen said.

"I'm sure that the discussion about what is open and what might be curtailed or adjusted will all be on the menu for Dr. Roussin as he updates Manitobans tomorrow."

"That discussion of what to do next is underway right now."

The province has, in recent weeks, introduced new measures for residents and businesses aimed at curbing the spread of COVID-19, particularly in Winnipeg, which has seen the bulk of Manitoba's cases this fall.

The Winnipeg metropolitan area was moved to the orange, or restricted, level on the province's pandemic response system late last month. That gives the province options to impose a range of restrictions on the region — some of which it has not yet exercised.

Stand-alone nightclubs with live music in the city have been ordered closed, bars cannot serve alcohol after 10 p.m. and gathering sizes are limited to only five people. Those measures have also now been extended to the Northern Health region.

Schools in those regions faced additional restrictions that came into effect this past Monday, including a stronger push to ensure two metres of physical distancing in classrooms. 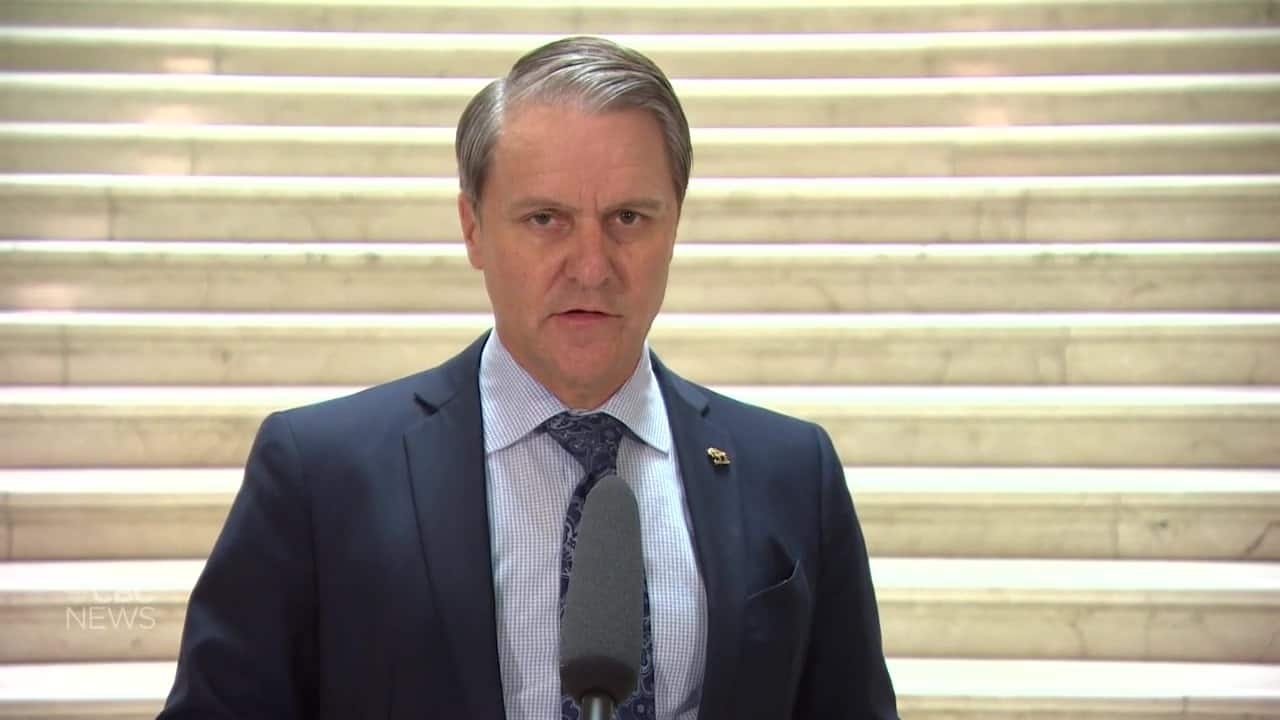 3 months agoVideo
0:30
Manitoba Health Minister Cameron Friesen said Thursday that the current measures in place don't seem to be slowing the spread of COVID-19, hinting that new restrictions are coming. 0:30

The minister said there are enough concerning trends in the case numbers, mortality rates and hospital capacity to prompt action.

"As we see more people coming into hospital, that is cause for concern, and that is why we then move to put into effect changes."

Friesen also said the province would strive to be fair with any new orders. There have been complaints, for example, that bars can remain open under current rules, yet socializing in homes is frowned upon.

Roussin said Wednesday that nobody should hold a Halloween party, although current restrictions permit a household to invite as many as five guests.

"I don't think there should be a difference between the advice and the order," Kinew said.

"Why don't we just have a very clear regime, where Dr. Roussin is going to say, 'Stop socializing outside of your household,' then that's actually the rule that people are being asked to abide by?"

Liberal Leader Dougald Lamont said the province should be honest with Manitobans if it is considering any shifts on the pandemic response system to the red, or critical, level.

Such a change could include further restrictions on gathering sizes and stopping in-class learning for most kindergarten to Grade 12 students.

"A couple of days ago, we were already talking about how we're going to run the legislature if it's under code red," Lamont said.

"Frankly, everyone should know that that's something we need to prepare for."