Winnipeg breweries are teaming up to offer a summertime 12-pack of local brews, named for a Manitoba tradition.

12-pack includes 10 craft beers from local breweries, plus 2 cans of a collaborative brew

​Winnipeg breweries are teaming up to offer a summertime 12-pack of local craft brews, named for a Manitoba tradition.

The Manitoba Social Pack includes a beer from each of 10 local breweries, plus two cans of a "collaboration brew" called Door Prize, said John Heim, president of the Manitoba Brewers Association and Torque brewery.

"The craft beer community is quite collaborative," Heim said Friday.

"What better way to present us than to be part of a Manitoba social pack — which is certainly a word that folks outside of Manitoba aren't sure of, but it's up to us to introduce them to it."

"This is a brand new sector for Manitoba," he said. "What that does is allows folks that own and have taken a risk to own a brewery and open a brewery the ability to make their mortgage payments, to offer craft beer to the masses while the money stays in the community."

The money raised by the pack sales will go to the Manitoba Brewers Association to support the industry, he said. The association is also discussing adding a charity element, but that hasn't been set in stone.

Heim said staff are in "worker bee" mode to get the packs together and ready to be shipped out to liquor stores and beer marts next week.

In addition to the familiar local beers, the packs' Door Prize brew is a hefeweizen — a wheat beer good for easy drinking in the summer, Heim said.

"I like a lot of beer and I have no favourites," he said.

"There will not be a beer left untouched in that collaboration pack in my house." 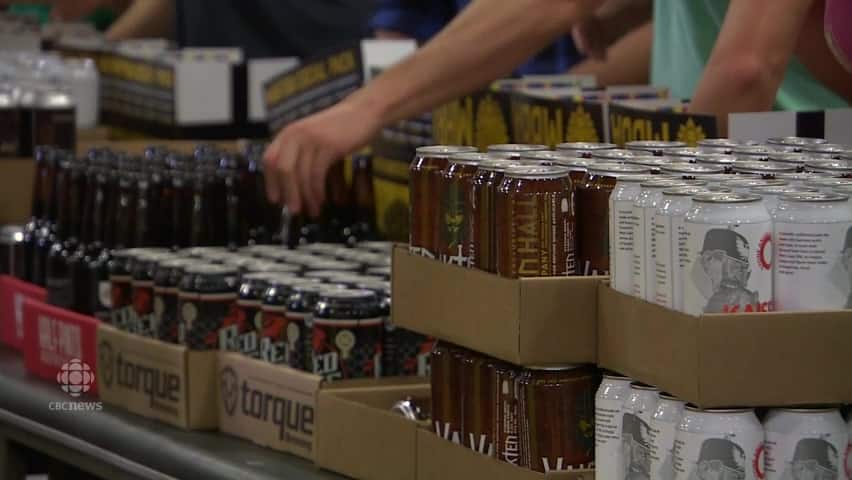 Crack open a cold one: the Manitoba Social Pack