Manitoba's first social impact bond is looking for $3 million in private investment to pay for a program to reduce the number of days children in the province spend in care.

Manitoba's first social impact bond is looking for $3 million in private investment to pay for a program to reduce the number of days children in the province spend in care.

The two-year pilot project, Restoring the Sacred Bond, would match doulas with up to 200 at-risk expectant mothers to support them through pregnancy and following childbirth.

It's the province's first foray into social impact bonds, a funding model that asks private investors to fund social services projects. If the project meets certain targets, investors get their money back from the province, plus a return.

In this case, the province says it's budgeted up to $3 million to repay investors if the project reduces the average number of days in care for children in the program by 25, compared to similar children outside the program.

If everything goes according to plan, investors will get a return of 4.1 per cent. If the project exceeds its goals, they could get back up to 5.5 per cent. If it fails, they'll lose their money.

"Our agency and our province works with many mothers who don't get the services they need, or not readily, prior to giving birth," said Tara Petti, CEO of the Southern First Nations Network of Care.

The network is a Child and Family Services Authority that will work with Wiijii'idiwag Ikwewag, an Indigenous doula group, to match moms-to-be with doulas who will provide emotional support, Indigenous ceremonial knowledge and more.

Doulas provide emotional and physical support for mothers before, during and after childbirth.

"This is an opportunity for our women to bring those teachings and bring those ceremonies back to those who have yet to reclaim them and who have lost that," Petti said.

Role for investors on project board

Investors who participate in the program will have representation on a project board, Jagelewski said. That board will have feedback with the service providers throughout the project.

"So if there's a way in which some of these investors can actually help out in the project, whether it be through connections to other sector leaders that have new ideas on how to solve the problem or different things, they can contribute in that way as well."

Investors can be individuals, groups or foundations. The total period of investment will be three years, Jagelewski said, including assessments following the two-year run of the program.

Past approaches not working: minister

The announcement comes more than a year after the province posted a request for proposals seeking a consultant to set up a social impact bond program.

MaRS was the firm that later secured the contract.

Social impact bonds have already been used in Saskatchewan as well as jurisdictions in the U.S., U.K. and Australia.

The model has been criticized in the past by some social service agencies, which have expressed concern about putting a dollar value on issues like children in care or the possibility for private investors to exercise too much authority over decision making.

In an emailed statement, Manitoba Government and General Employees' Union president Michelle Gawronsky said public services should be about helping people, not the bottom line.

"Public services have one purpose, to help people.  But now the government is giving private investors a say in how public services will be delivered. Do we really want corporations interfering in our public services to protect their return on investment?" Gawronsky said in an emailed statement. "There's something fundamentally wrong about turning services for mums and their kids into a business opportunity."

Manitoba Families Minister Heather Stefanson said the province's only concern is tackling the issue of kids in care.

"What has happened in the past hasn't necessarily worked," Stefanson said.

"I think we need to find new and innovative ways, and I think through the social impact bonds we can do that to provide better outcomes for Manitoba families." 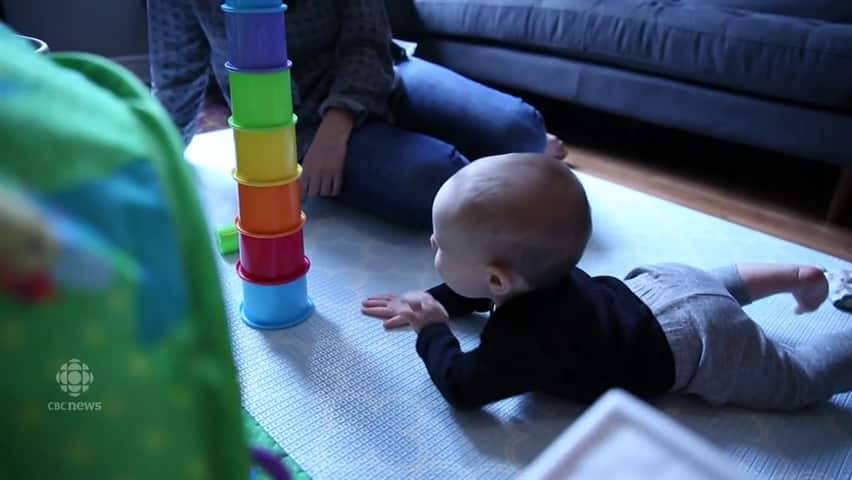 2 years ago
2:28
The two-year pilot project, Restoring the Sacred Bond, would match doulas with up to 200 at-risk expectant Manitoba mothers to support them through pregnancy and following childbirth. 2:28
CBC's Journalistic Standards and Practices|About CBC News