The province is closing schools a week early for spring break and keeping them closed for an extra week to get ahead of COVID-19, Education Minister Kelvin Goertzen says.

School will be out for Manitoba students for an extra two weeks this spring, in what Education Minister Kelvin Goertzen says is a proactive response against the spread of the novel coronavirus.

"We need to stay ahead of the virus, instead of running behind it," Goertzen said at a Friday afternoon news conference.

The province said classes will be cancelled for one week before spring break and one week after, leaving students out from March 23 until April 13.

The province identified its first cases of COVID-19, the illness caused by the coronavirus, earlier this week.

"We believe that our schools are safe," Goertzen said. "However, the experience in other provinces and other parts of the world tells us that proactive measures lessen the impact of the spread of COVID-19 and lessens the negative impact on individuals."

The government is providing notice a week early so parents can make child-care arrangements and the education system can prepare.

WATCH | Education minister on why it's important to suspend classes: 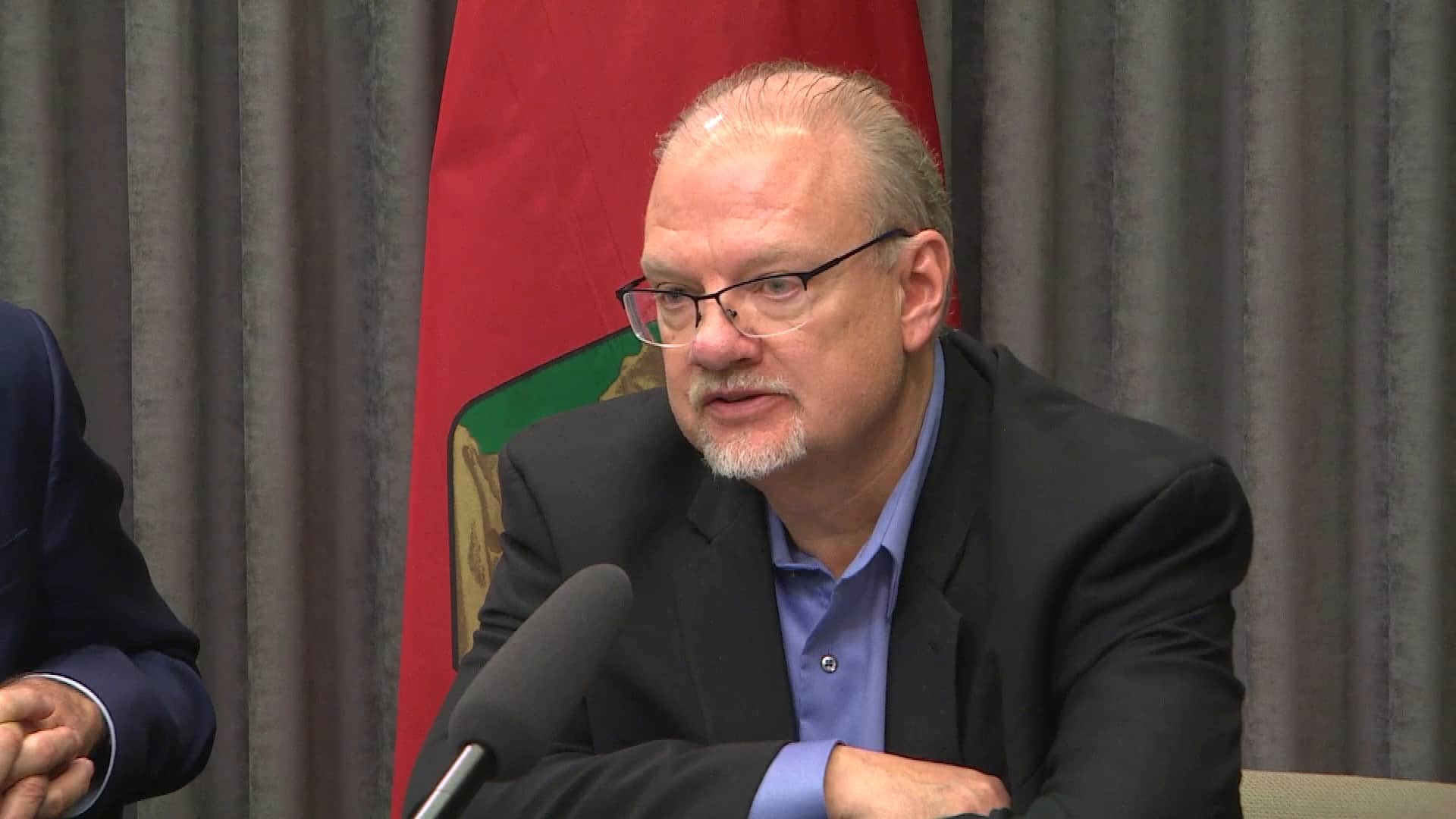 10 months agoVideo
0:53
Education Minister Kelvin Goertzen says Manitoba needs to get ahead of the COVID-19 virus. 0:53

Teachers are being asked to continue to work for the weeks on either side of spring break where possible, to prepare lessons for students to complete at home, Goertzen said. Other school staff are asked to use those two weeks to prepare schools for the return of students, which could include cleaning and maintenance.

Officials are looking at contingency plans that may compress lessons that students will miss during the closure, the education minister said.

"We hope that Manitobans understand and appreciate that this step is being taken with the community interest in mind, and that it will lessen the impact of the virus on all community members," he said.

There's no decision on whether the closure will extend beyond three weeks, but the province will update the public before April 13, Premier Brian Pallister said.

The province's order will not affect child-care centres at this point.

"We have numerous issues in front of us and that is one of them," Pallister said, "especially in light of the greater need that will occur as a consequence of school closures."

The class cancellations were recommended by Dr. Brent Roussin, the province's chief health officer, who said earlier on Friday that it may be counterproductive to close schools, since it means kids may gather in large groups on their own.

Roussin said he changed his mind Friday after further consultation and studying other jurisdictions.

"Getting out ahead of it is going to be a good step to reduce the impact here," he said.

Many education leaders supported the move, while acknowledging the challenges ahead.

"I think it demonstrated significant leadership to try and get out ahead of this pandemic," said Chris Broughton, chair of the Winnipeg School Division.

Manitoba Teachers' Society president James Bedford said the province is calming the anxiety of some teachers.

"To be honest with you, I'm a bit relieved the province is taking a lead on this," Bedford said.

Liz Harvey, a parent of two children at Grosvenor School, says the closure will be tough on families with two working parents.

"When people have to take sick time or take unpaid leave, that's going to be an enormous financial impact to them as well," she said.

Also on Friday, the University of Manitoba and University of Winnipeg both announced they have suspended all in-person classes and labs for the rest of the winter term.

"All in-person undergraduate and research-stream master's and doctoral instruction will end March 13," U of M president David Barnard said in a statement.

"Instruction will be provided by other means that may include existing online platforms. This will continue through the end of the term on April 7."

Barnard also said all classes of any kind will be cancelled on Monday and Tuesday next week, a "two-day pause" to allow the university to prepare for the move to alternate modes of instruction. U of M campuses will remain open on those days.

The move follows a similar announcement at the University of Winnipeg, where president Annette Trimbee released a statement on the school's website Friday morning.

"The time to act is now so that we may help preserve the health and safety of the UWinnipeg community," she said.

The term was set to end April 3, and the school says it will communicate its completion plans to students by March 20 through webmail.

The University of Winnipeg Collegiate is also suspending classes and moving to alternative education methods.

Deans and department chairs are working with faculty on alternative ways to deliver courses, the statement says.

Also on Friday, Red River College said it would implement a study week for its students, effective at the end of the day and continuing until the end of next week.

"This will help us follow public health advice to reduce numbers on campus and give faculty and staff time to develop alternative delivery models for college programs and services," interim president and CEO Christine Watson said in a notice to RRC staff.

The campus will be closed to students and the public during the study week, while staff perform a "deep clean of campus facilities," the college said in an emailed statement Friday.

Brandon University will also be suspending classes for all of next week, although the campus will remain open.

In a statement, BU said the facility will operate in a fashion similar to reading week, with full staffing and all offices, services and the library remaining open. Classes and labs will be suspended but practicums will continue.

The university also encouraged students living in residence to relocate to an alternate place to live, if they have that option. 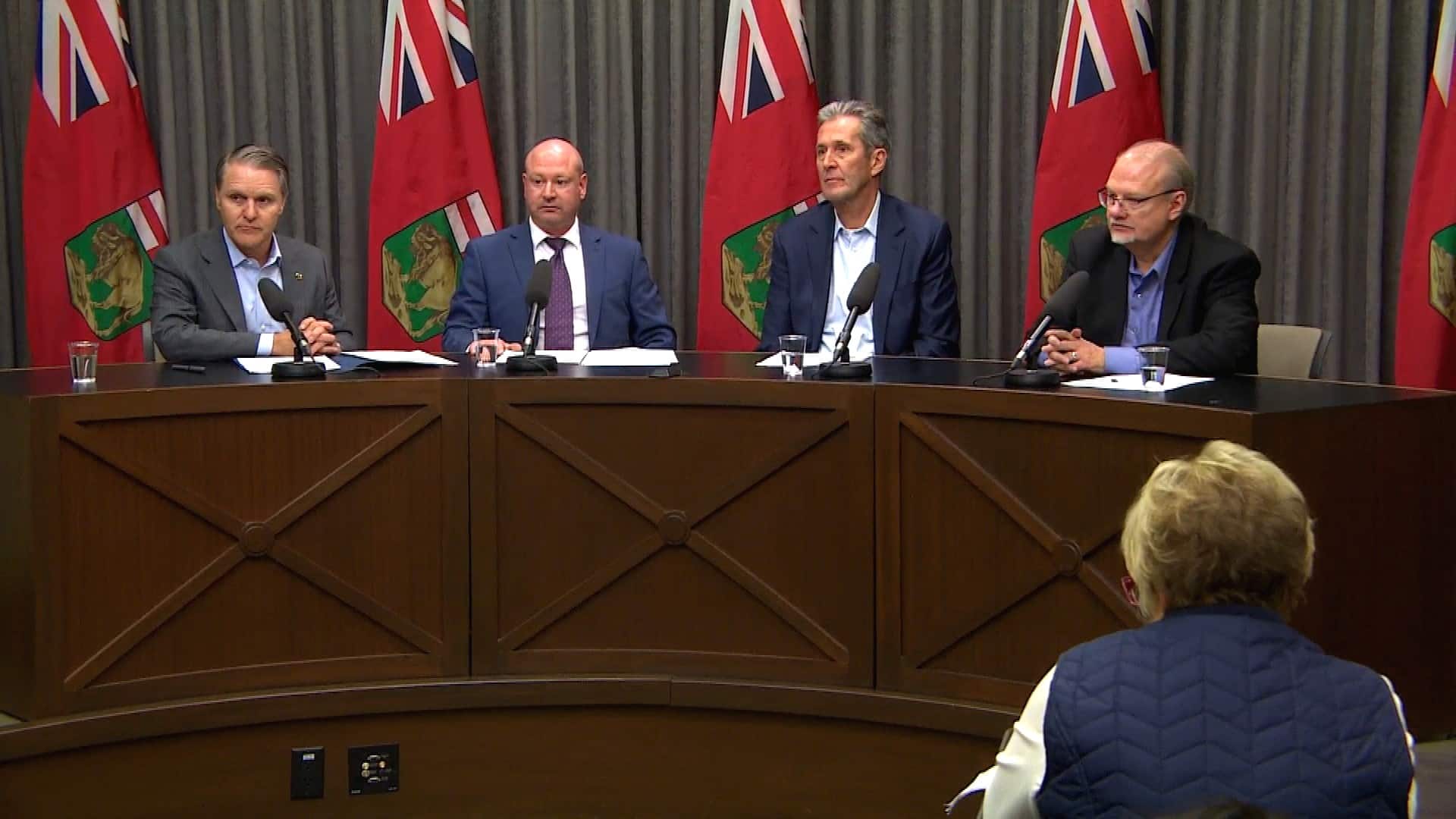 Closure of schools in Manitoba

10 months agoVideo
35:42
The province is ending classes a week early for spring break and keeping kids out until April 13 to get ahead of COVID-19. 35:42