A ghost village in southwestern Manitoba could be brought back to life, as officials are looking at selling a dozen lots there for $10 a piece. 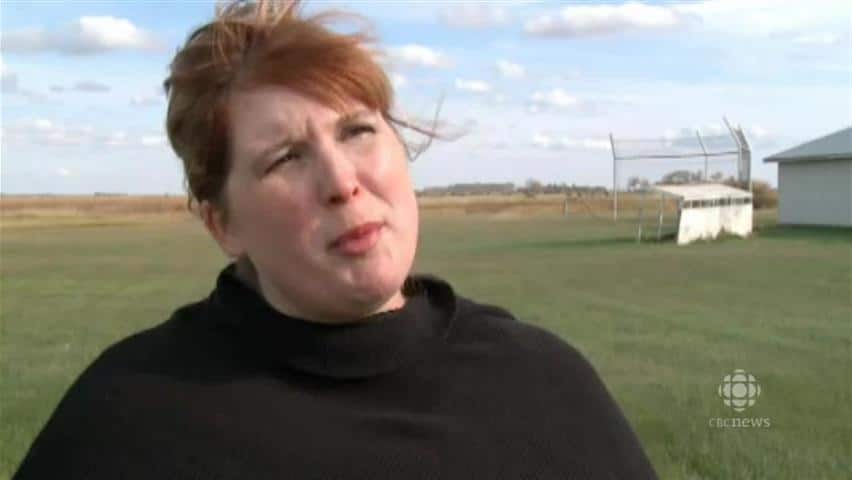 7 years ago
1:43
Scarth being promoted as an affordable place to live in province's oil patch. Jill Coubrough reports. 1:43

A ghost village in southwestern Manitoba could be brought back to life, as officials are looking at selling a dozen lots there for $10 apiece.

Scarth is a 15-minute drive south of Virden, Man., and currently has a population of zero.

Settlers began arriving in the area, located in the Rural Municipality of Pipestone, around 1882 and when the railway passed through in 1907, a townsite was developed on land owned by William Scarth.

By 1908, the community had a general store and post office and in 1910 the Scarth School District was established and a one-room schoolhouse constructed. The school was shut down in 1964 and the post office shuttered in 1978.

Today, there's not much to identify where the village once stood — a baseball diamond, play structure, some gravel roads dotted with light standards, and a commemorative stone cairn that was unveiled in 2008.

As well, the building that housed the Scarth Curling Club is now a community centre used for occasional suppers and other events by residents in neighbouring communities. No one actually lives along those gravel roads in Scarth.

However, the RM of Pipestone is hoping to change that by subdividing a section of the land into a dozen lots, bringing people back and boosting economic activity in the area.

"A lot of people are looking for that rural lifestyle," said Tanis Chalmers, the RM's economic development officer.

"The motivation [for the RM], I guess, would be to strive to meet one of our goals, which is to increase our population in the municipality as well. That creates a larger tax basis and then hopefully, commercial development."

Chalmers said living in Scarth would be an affordable option in southwestern Manitoba's oil patch for potential residents like Kelly Sparks.

"We would really enjoy it out here. More room to run around," said Sparks. "You're on your own out here, and I enjoy that."

Officials with the RM of Pipestone are gauging interest in the plan. A public meeting was held last week and there are about six people who have said they want to be a part of it.

If there is enough interest for the 12 lots, the RM will proceed with the subdivision. But there will be some work to do because there is no water or sewer infrastructure.

"It will take some time because we have to wait for the rural water pipeline to reach here and we will have to do some engineering studies to make sure the land is suitable," said Chalmers.