Texting and walking is a growing hazard for Canadians, a population increasingly focused on their phones, and one Manitoba researcher is hoping to make it a little safer. 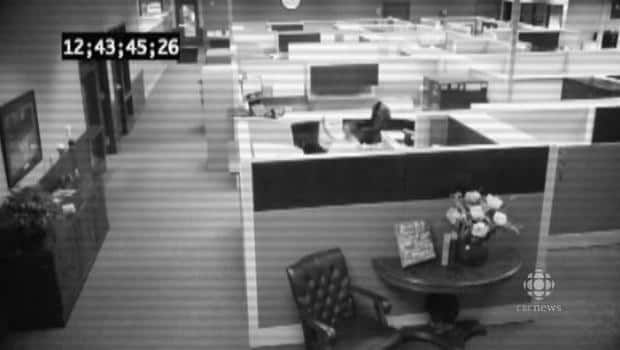 7 years ago
2:02
Texting and walking is a growing hazard for Canadians, a population increasingly focused on their phones, and one Manitoba researcher is hoping to make it a little safer. CBC’s Meagan Fiddler reports. 2:02

Texting and walking is a growing hazard for Canadians, a population increasingly focused on their phones, and one Manitoba researcher is hoping to make it a little safer.

"The truth is, people are doing it, and they’re likely to continue doing it, and I think things are going to get even worse," said Juan-David Hincapie-Ramos, a post-doctoral researcher at the University of Manitoba.

Hincapie-Ramos is currently working on an app that would help people who walk and text identify obstacles and avoid crashes.

It may seem like a joke, but in 2010, 1,500 pedestrians in the United States were sent to emergency rooms from accidents that happened while they were walking and texting.

And, in 2011, a pedestrian who was distracted by their phone was struck and killed in New York.

Hincapie-Ramos wants to prevents accidents like that from happening again. He’s working on an app called Crash Alert that not only shows texters what’s in their path via a video screen, but adds red pop ups when people get too close to obstacles like street signs or other people.

"You’re going to be doing whatever it is you’re doing -- texting, music, Internet browsing, video watching -- the app is going to be there to tell you, ‘Hey! Watch out!’" he said.

The app is in development stages now but isn’t quite ready. Hincapie-Ramos said a big roadblock has been the cameras embedded in smartphones.

"The biggest road block we have right now is the hardware," he said. "The cameras that we use do not come in small form factor, but they are coming in the coming months."

Winnipegger Jenna Shawara said if the app were available now, she would use it.

Shawara regularly texts and walks and said that practice has resulted in some close calls.

"I was totally not looking where I was going, and I was on my phone," she said. "I almost got smoked by a car. So, I could have been killed texting!"

Shawara said as soon as the app comes out, she plans on downloading it.