'I want to die,' 2-year-old refugee said during hours-long walk to Manitoba from U.S.

A two-year-old member of a large group of refugees who walked into Manitoba from Minnesota on Saturday told his mother he wanted to die instead of finish the walk, a refugee from the group says. 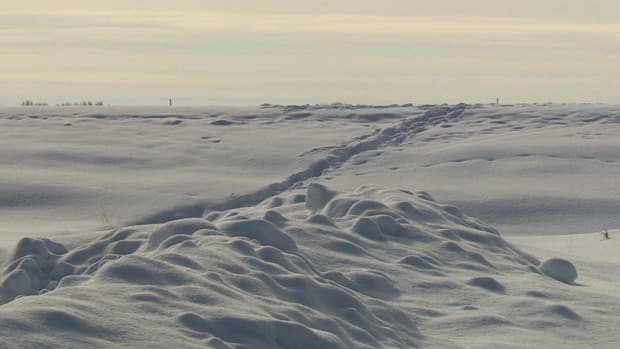 4 years ago
2:22
U.S. officials say 'informal' network helps refuge seekers get to Canada, but the last border snow trek is often the hardest part of a long journey 2:22

A two-year-old member of a large group of refugees who walked into Manitoba from Minnesota on Saturday told his mom he wanted to die instead of finish the walk, a refugee from the group says.

Abdoul-Aziz Abdi Hoche, 21, was part of the group that made the two-hour journey on foot along a frozen river from 2 a.m. to 4 a.m., as temperatures dropped below –20C.

The walk through the snow was difficult for everybody, Hoche said, but it was especially hard for a toddler making the trip with his mother.

Hoche, along with the boy and his mother, were among 22 people who crossed from the United States into Canada near Emerson, Man., over the weekend, seeking asylum.

Hoche himself came from Djibouti. He said he fled in September 2016, fearing for his life because of his political beliefs. His father was imprisoned and died in jail, he said, and his family never found out how he died.

Like the other members of his group, Hoche made his way to Minneapolis after arriving in the U.S. There, they were told Manitoba is welcoming to refugees, and they decided to make their way into the province on foot.

Another member of the group, Farhan Ahmed, told CBC News earlier this week that the temperature dipped below –20 C and at one point he couldn't feel his fingers or toes as he walked about 12 kilometres along a road. 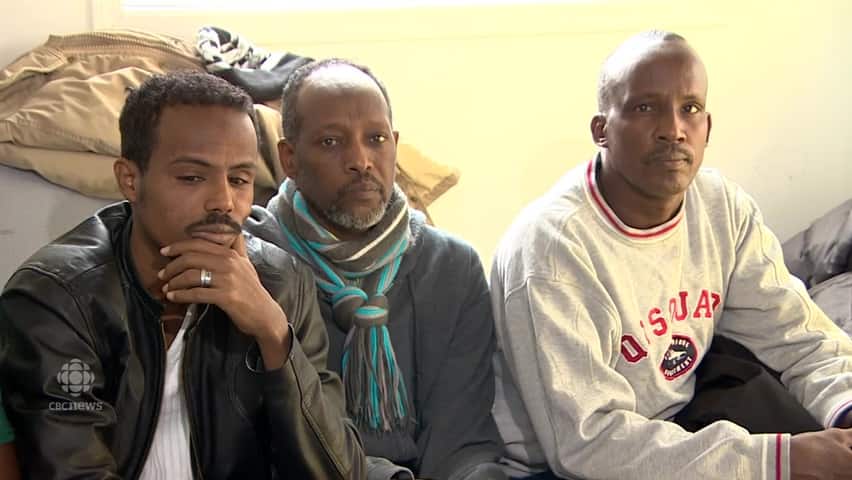 4 years ago
2:28
Men who fled Djibouti and came to the U.S., only to walk through snow-covered fields to seek asylum in Canada, talk about their experience. 2:28

Khan said many African refugees make their way to Minneapolis after arriving in the U.S. to seek support, as the city has a large Somalian community.

"Minneapolis has got 200,000 Somali Americans," he said. "It is a mecca, a hub for the African Muslim community."

He said many of them are told Manitoba is a good option when they're there.

"Out of desperation, they end up here because here they know, you won't be detained in Canada, you will get a legal aid lawyer — such as myself and others in Canada, in this country — and you will get a chance to have your case put forward, and you will be able to make calls to get evidence you may need to support your claim," he said.

Canada Border Services Agency's most recent numbers show 403 asylum seekers illegally crossed into Manitoba between April 2016 and the end of January 2017, many of them entering near the small border town of Emerson.

However, there's an ongoing debate over whether what these people are doing is actually "illegal" at all.

Canada has a pact with the U.S. called the Safe Third Country Agreement that means prospective claimants must file for refugee status in the first "safe" country they land in. Canada Border Services Agency (CBSA) is supposed to turn away anyone with undocumented status who tries to enter the country from the U.S.

One exception allows individuals who landed in America first but have blood relatives north of the Canada-U.S. border to make their claim in Canada.

But the rule breaks down in the current context and has critics calling on Canada to suspend or get rid of the deal altogether out of safety concerns for refugees. 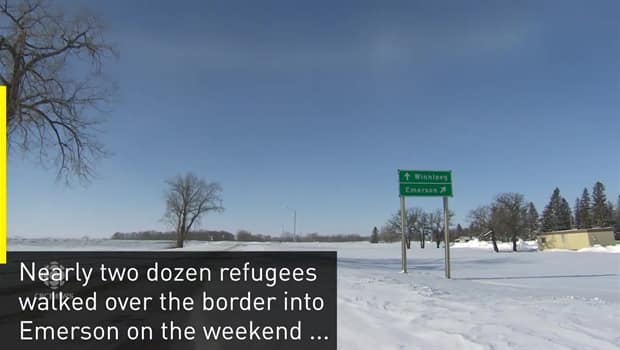 4 years ago
0:44
The small town of Emerson, Man., along the Canada-U.S. border is asking for help after 22 refugees crossed into the province over the weekend. Volunteers in the town were tasked with feeding and temporarily housing the asylum seekers in a community hall. 0:44

The Safe Third Country only applies to people crossing at customs offices at official U.S.-Canada land ports in Manitoba. Cross through a snow-covered farmer's field on foot in harsh winter conditions — like two Ghanaian refugees did in December, losing most of their fingers to frostbite — and the United Nations' 1951 Convention Relating to the Status of Refugees kicks in.

"Anybody who tries to cross a land border, in Canada, on foot, in the winter is clearly quite desperate to get to Canada," Leuprechet said.

"In that sense I think everybody deserves the benefit of the doubt and we have to make sure we honour our international obligations in regards to them."

Some arrive with the right paperwork, others have none, while still others have insufficient documentation that isn't enough to file a claim. Anyone who has violated international laws, been convicted criminally or engaged in war crimes is also less likely to have their refugee claim accepted.

"It is not just about a security threat to Canada per se, but it's about if there is anything in your history that might possibly make you inadmissible," Leuprechet said.

For the most part, Leuprechet believes the majority of these people likely entered the U.S. intending to file a refugee claim, or they abandoned the process once after feeling they were running into problems in getting a hearing. 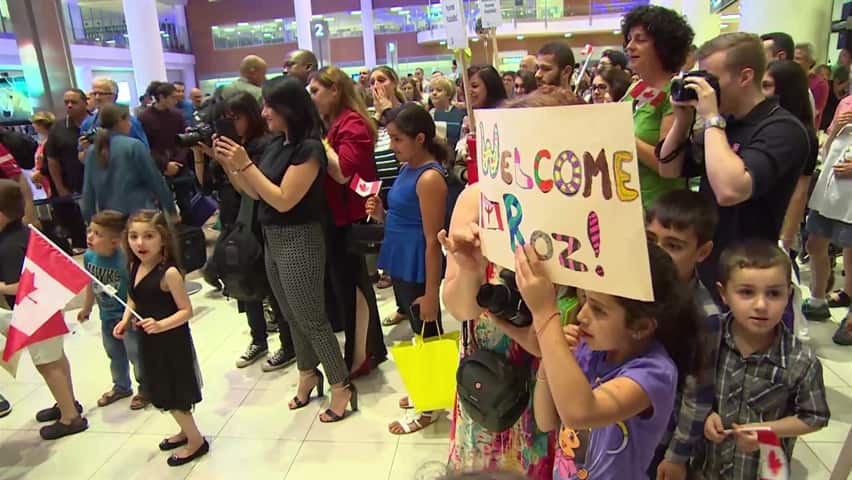 4 years ago
2:26
Teghan Beaudette breaks down how to get refugee status in Canada. 2:26