The Manitoba government is proposing a shortened work week for public sector workers who are not on the front lines of the COVID-19 pandemic, Premier Brian Pallister announced Tuesday morning.

The Manitoba government is proposing a shortened work week for public sector workers who are not on the front lines of the COVID-19 pandemic, Premier Brian Pallister announced Tuesday morning.

The province will meet with union leaders to discuss an "all-hands-on-deck approach" to the coronavirus pandemic, Pallister said, and it will also look to lessen government spending on non-essential resources so critical services, such as front-line health care, have more resources available.

"It doesn't solve all our problems — it's not designed to — but it does give a chance for all of us who are not on the front line to support those who are," the premier said.

It will be a temporary measure used to try to avoid layoffs, similar to what is being done in the private sector, Pallister said.

The savings from the reduced work week "might generate about a dime toward the dollar" that Manitoba must borrow this year, Pallister said, reiterating that the province will have to borrow billions to respond to the pandemic.

Over the next four months, non-front-line government workers could work two days a week, collect employment insurance for three days, and thus receive three-quarters of their salary, Pallister said, using a hypothetical situation.

The province is looking at various plans for what a reduced work week might look like, but discussions still need to happen, the premier said.

WATCH | Pallister explains the purpose of a reduced work week: 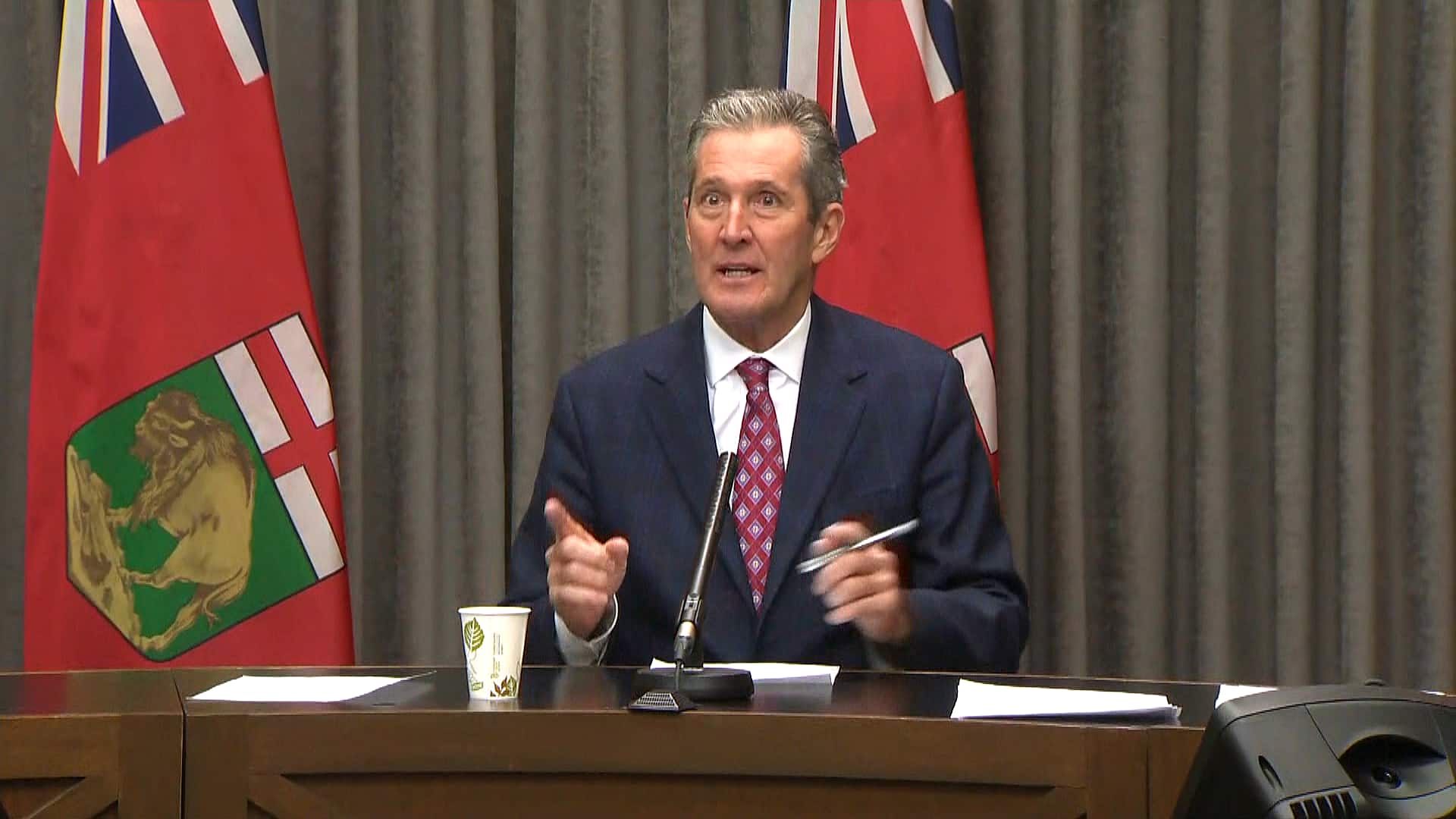 10 months agoVideo
0:56
Manitoba Premier Brian Pallister was upfront about what the proposed reduced work week for civil servants is for. 0:56

The province plans to seek unions' support for the proposal, so the federal government will allow the province to bring it into effect, Pallister said.

The Manitoba Federation of Labour and the Manitoba Government and General Employees Union said they will respond to the premier's plan after a conference call with the province later Tuesday afternoon.

But Opposition NDP leader Wab Kinew is against the move.

"This will only make things worse for people already struggling to pay their bills," Kinew said in a statement.

"It will take money out of the pockets of families at a time when they need it most and it will put more pressure on an already strained economy."

'Putting ourselves at risk'

Pallister also announced the province will provide administrative leave to front-line workers who must self-isolate for two weeks due to exposure to the novel coronavirus that causes COVID-19.

This includes health-care workers, cleaners in hospitals, nurses and other such employees.

If a worker becomes symptomatic during self-isolation, that person will be compensated by sick leave benefits, pursuant to their collective agreement, he said.

It's not known how much the paid leave could cost the province, as that will depend on how many people are exposed to the novel coronavirus, Pallister said, but the program is designed to make sure front-line workers do not lose pay for following health protocols.

"It is a positive step," said Bob Moroz, president of the Manitoba Association of Health Care Professionals, an organization that has been advocating for paid leave for weeks.

"But the announcement this morning was a bit of a surprise — we were not given any indication that this was coming today."

The union is now trying to get more details from the province to ensure all of its members can receive benefits, Moroz said.

Moroz said 40 members of the Manitoba Association of Health Care Professionals have had to stay home because of possible exposure to the novel coronavirus that causes COVID-19. Given that, he doesn't expect the paid leave to have "a huge financial impact" on the province.

"It boils down to that basic fairness issue for front-line health-care workers. We've been putting ourselves at risk," Moroz said.

"We've been looking to government to step up and support these folks with more than thank yous."

The province is also proposing that all provincial employees be able to take unlimited unpaid time off work for reasons related to COVID-19.

This includes self-isolation, being examined for the virus, following travel restrictions, and having to take care of a family member as a result of COVID-19, including if workers have to stay home because of school or daycare closures, the province said.

The new initiatives would apply to anyone who has been off between March 1 and a date that will be decided upon once the pandemic is over.

The province's active caseload — the number currently with COVID-19 — is 142; nine people are in hospital (four of them in intensive care), four people have died from the illness, and 99 people have recovered.

There have been more than a dozen cases of health-care workers contracting the novel coronavirus.

An internal memo obtained by CBC News says the province is taking stock of the money being sent to non-profit organizations, in order to see which may be considered essential services, and which might have funding reduced.

The order that keeps services deemed non-essential closed to the public was extended until April 28 by public health officials. 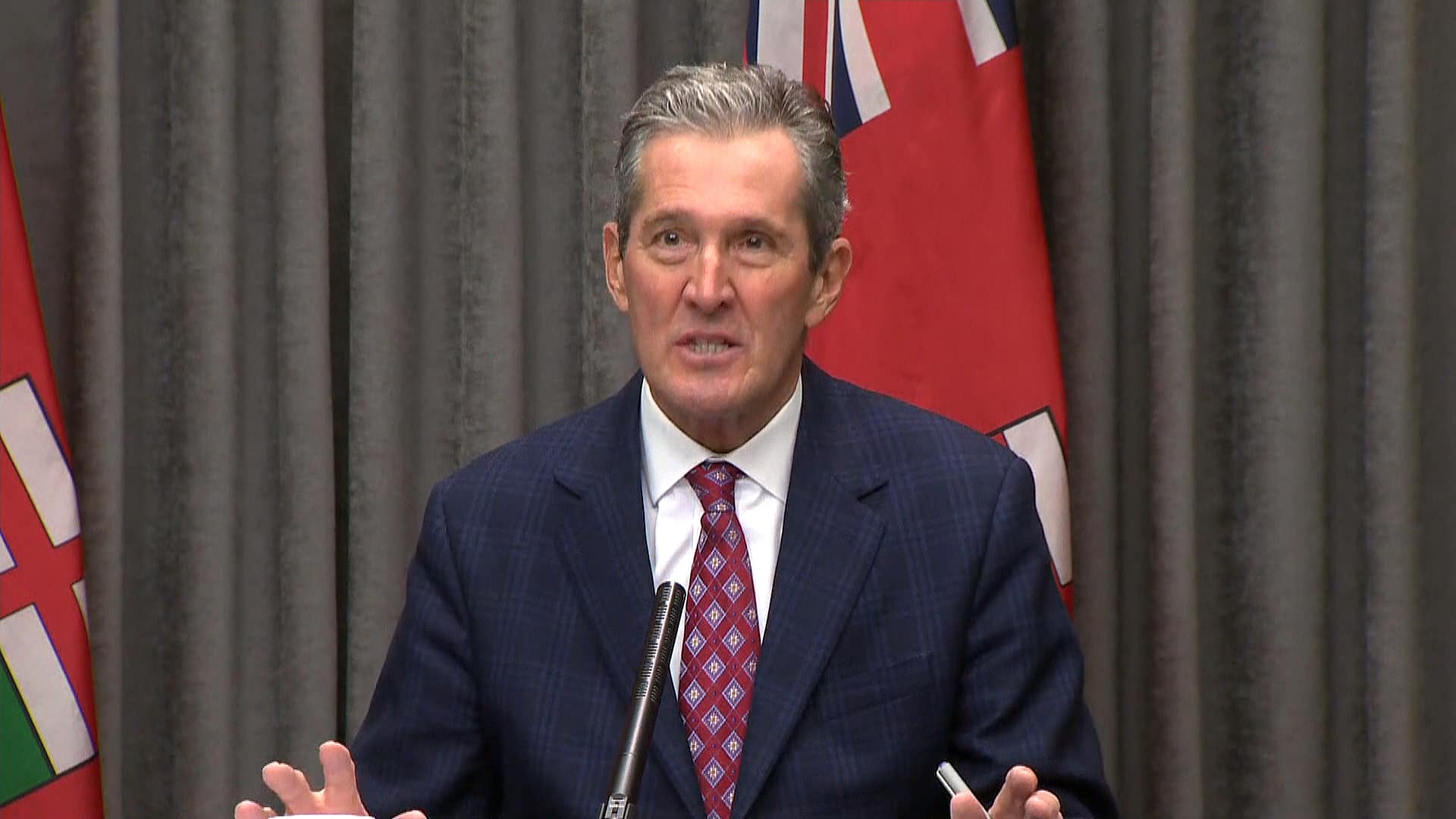 10 months agoVideo
34:52
The Manitoba government is proposing a shortened work week for public sector workers who are not on the front lines of the COVID-19 pandemic, Premier Brian Pallister announced Tuesday morning. 34:52

With files from Bartley Kives and Ian Froese