A blunt message from Brian Pallister is being called "disingenuous" and "disappointing" after Manitoba's premier admonished those ignoring public health orders amid a worsening COVID-19 outlook in the province.

A blunt message from Brian Pallister to those breaking public health orders is "disingenuous" and "disappointing," some experts say, after the premier issued the rebuke amid a worsening COVID-19 outlook in Manitoba.

"Instead of showing us the leadership that we need to see, he's instead turning to shaming Manitobans," said Kelly Saunders, associate professor of political science at Brandon University, calling it "highly disappointing and I think very irresponsible."

"Thoughtful Manitobans are making sacrifices, tough sacrifices … while other people are doing dumb things, and those dumb things are endangering all of us," Pallister said Monday.

People with high numbers of close contacts and those who aren't following health guidelines are contributing to the COVID-19 records that are being broken nearly every day lately, they said.

A person who tested positive then hosted an in-home gathering, exposing many people, he said, and another went to work every day for a week while symptomatic. 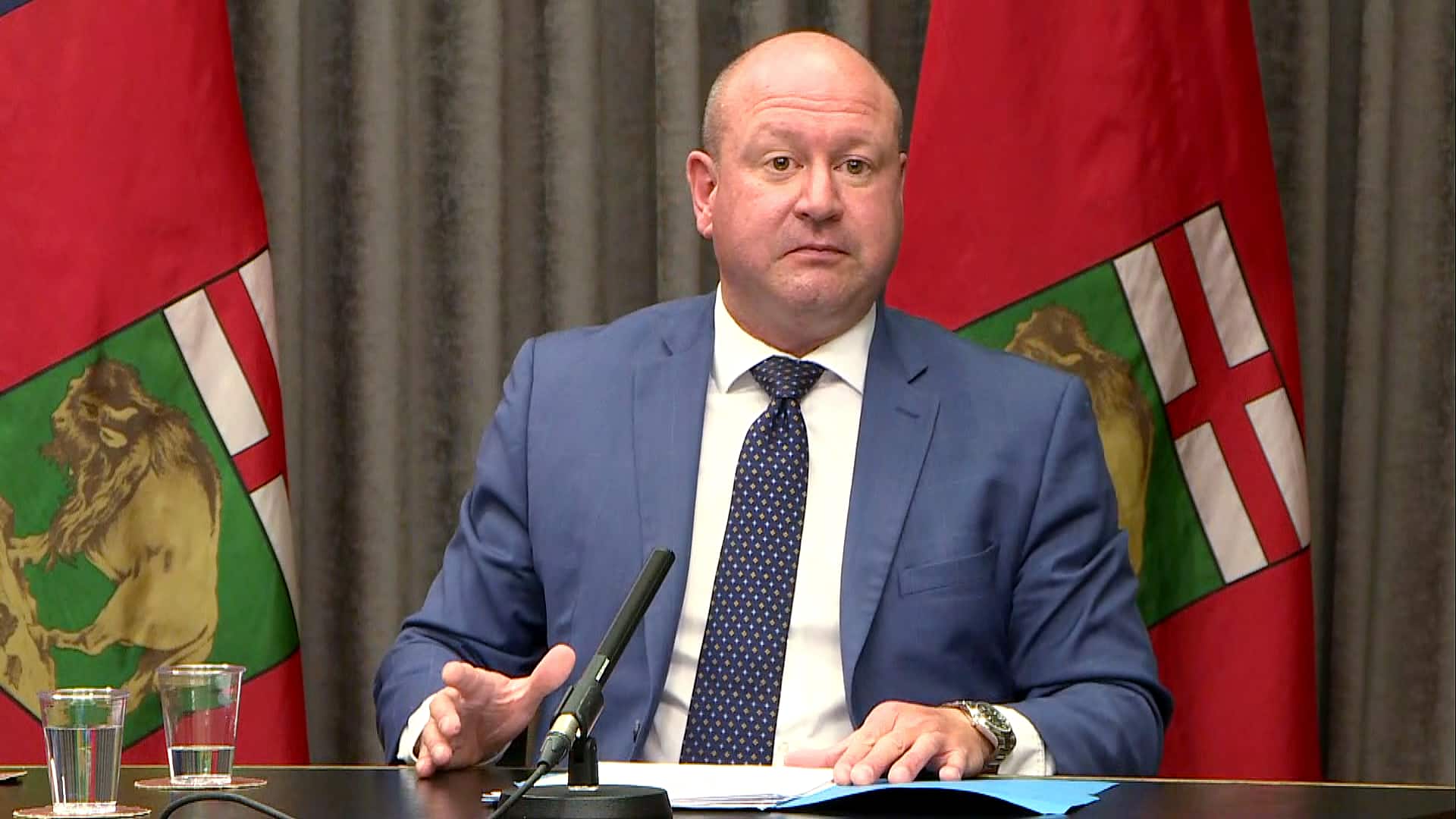 'We let this virus off the hook': Manitoba's top doctor issues stern warning

In another of several examples, Roussin said a surgical patient who was a close contact of a positive case went in for a medical procedure anyway, resulting in dozens of health-care workers being forced to self-isolate.

Pallister said he takes responsibility "for any negatives that happen here." He also reprimanded people not taking care to limit the spread while suggesting Public Health and the province aren't solely responsible.

"Grow up. Stop going out there and giving people COVID," he said.

"A government can't protect you from this virus, you have to protect each other, and that's our obligation as friends, as family members, as citizens of this beautiful province. This is an obligation we share."

She cited past comments from Manitoba's health and education ministers, about things like mask use and vaccination, as examples of where Pallister could be doing more behind the scenes to ensure consistent public safety messaging is coming from his administration.

"It's very disingenuous to say the government can't protect you from this," said Driedger, a professor in community health sciences at the University of Manitoba.

Driedger, whose research includes public health risk communication, said governments have an obligation to ensure people have credible, accessible information and recommendations that they can work with.

Some of the cases characterized as dumb by Pallister might not just be a product of poor judgment, she said.

The province hasn't adequately supported all Manitobans who aren't financially able to stay home or isolate while waiting for test results, and that could be why some people with symptoms are taking risks and going to work, Driedger said.

The person who failed to disclose a close contact before heading in for a medical procedure could've done so fearing they might go back on a wait list for months or years, she said.

At least part of the recent spike is tied to Thanksgiving, Roussin said. A rule banning gatherings of more than 10 people was in effect that weekend, but the occupants of a hosting household didn't count toward that total, making larger gatherings possible.

Driedger pointed out that the provincial government pushed an economic agenda, launching its Restart Manitoba Campaign on the heels of a weeks-long stretch of few to no active cases this summer. Business, bars and restaurants saw restrictions relaxed.

"When you're told on the one hand, go support your local businesses, go do these things … we have to get the economy going, you've got very competing messages that are happening about whether it really is advisable," Driedger said.

"It sends the message that now you can gather with other people and we are naturally social beings."

Meanwhile, Dr. Anand Kumar approves of the admonishments from Pallister and stern warnings from Roussin, but he doesn't think they're going to make much difference.

"I am in complete agreement with both of them that people are doing some really dumb stuff," said Kumar, an infectious disease expert and professor of medicine and microbiology at the U of M.

"Having said that, the idea that we're going to be able to talk people into behaving substantially better, I think, is extremely misguided."

Kumar described the current approach of Public Health and the province as a targeted escalating strategy: monitor for hot spots, heighten local restrictions where needed, expand to other regions if necessary, remove restrictions as things improve.

The utility of a similar strategy employed around the world is waning due to how "catastrophic" the illness is, he said.

It's time for a de-escalation approach, said Kumar, using all available preventative measures to "hammer [COVID-19] until you get down to a minuscule level, and then you start to back off on the  interventions."

Manitoba already did this once. It looks a lot like the mass closures of the spring.

"There are political considerations in this kind of thing, there's a big economic hit, etc., but I really think that at this point, using an escalation strategy, you're always going to be behind," he said.

"If we lock things down now, maybe we get things under control."