The Manitoba NDP is holding up the government's delivery of its fiscal plans for the upcoming year.

The release of the Manitoba government's 2020 budget is on hold, as the Opposition NDP ground the proceedings of the provincial legislature to a halt on Wednesday afternoon.

The Opposition party used delay tactics — with several MLAs raising points of privilege in the legislature — to prevent the tabling of nearly 20 new government bills that the Progressive Conservatives could have introduced as early as Wednesday.

That also prevented Finance Minister Scott Fielding from reading the government's budget speech in the legislature — which usually precedes the tabling and public release of the budget.

NDP Leader Wab Kinew accused the government of trying to force through the introduction of the other bills, when the focus Wednesday was supposed to be on the budget.

Kinew said his party offered the Tories the chance to forgo the speech and table their budget, but they refused.

He accused the NDP of disrespecting the people who came to the legislature expecting the budget to be released.

Members of the media and various guests who spent much of the day reading the budget at the legislature have signed agreements to prevent details about the budget from being made public before it is officially tabled.

Pallister said he is cancelling his appearance at a first ministers' meeting with Prime Minister Justin Trudeau later this week so he can see his budget through, as long as the NDP stops what he described as their "showmanship."

He added his government deserves the chance to read its budget speech in the legislature, as is tradition.

"They have an opportunity to demonstrate respect tomorrow for the people of Manitoba, or they can double down on disrespect," the premier said.

Bills introduced 'under the cover of darkness'

Kinew insisted his party wasn't preventing the government from releasing the budget, but only delaying pieces of legislation that it deems harmful to working families.

"Under the cover of darkness, this government is trying to ram through a very aggressive legislative agenda that would see dozens of bills passed by this June before Manitobans even get a chance to consider them — new laws that are going to affect jobs, pensions and schools," Kinew said Wednesday.

"That's what we're standing up against. We say that's wrong."

The bills include legislation concerning public schools, the civil service pension plan and a weakening of the Public Utility Board's oversight on Crown corporations, according to an NDP news release.

No details of the bills were made public on the order paper, aside from the title of each proposed piece of legislation.

Kinew said he made the decision to delay the bills Tuesday, after he saw the long list of bills on the legislative notice paper, which outlines legislation MLAs intend to introduce. The appearance of the bills on the paper means they could have been introduced Wednesday, or at any point after that. 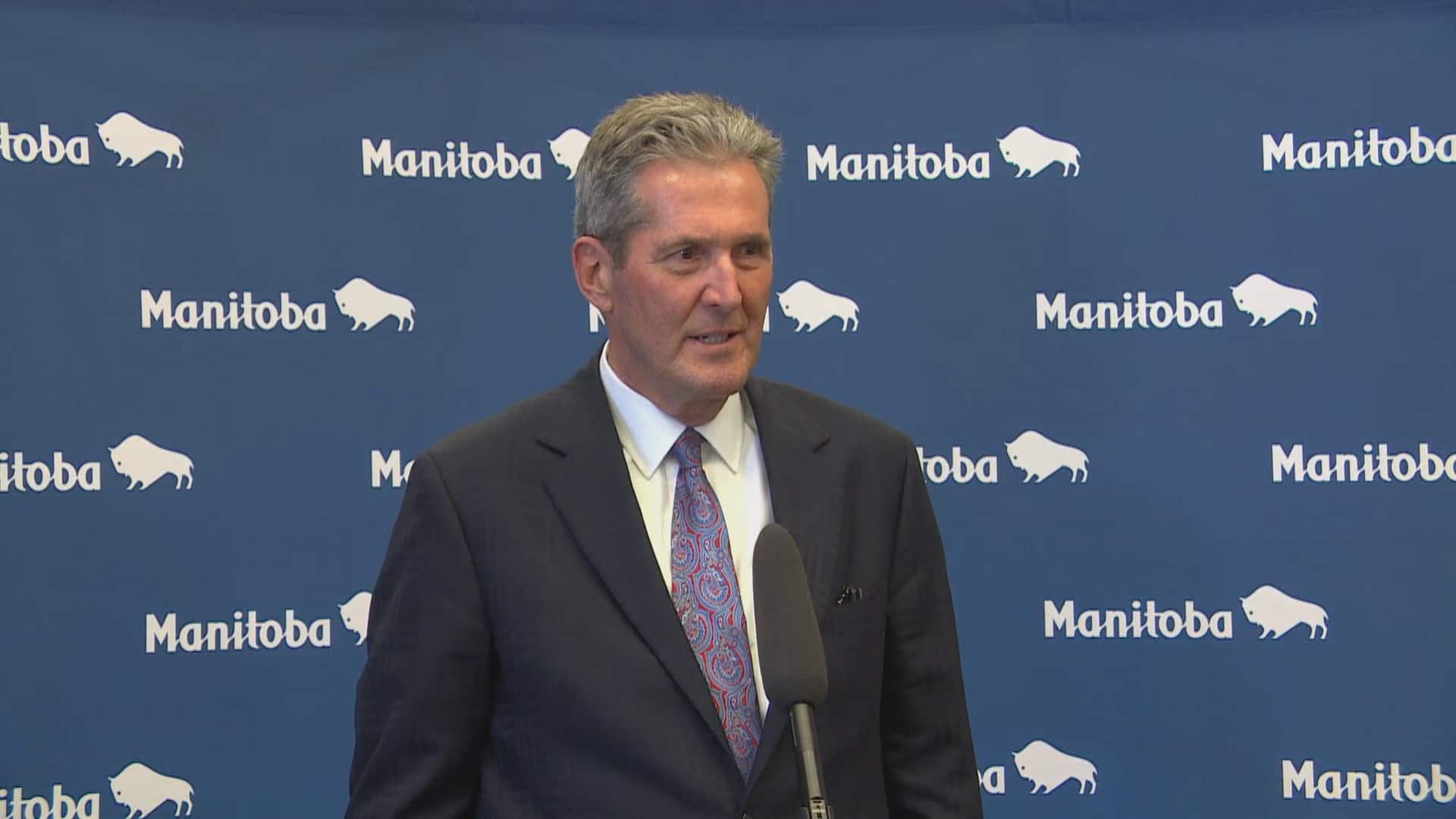 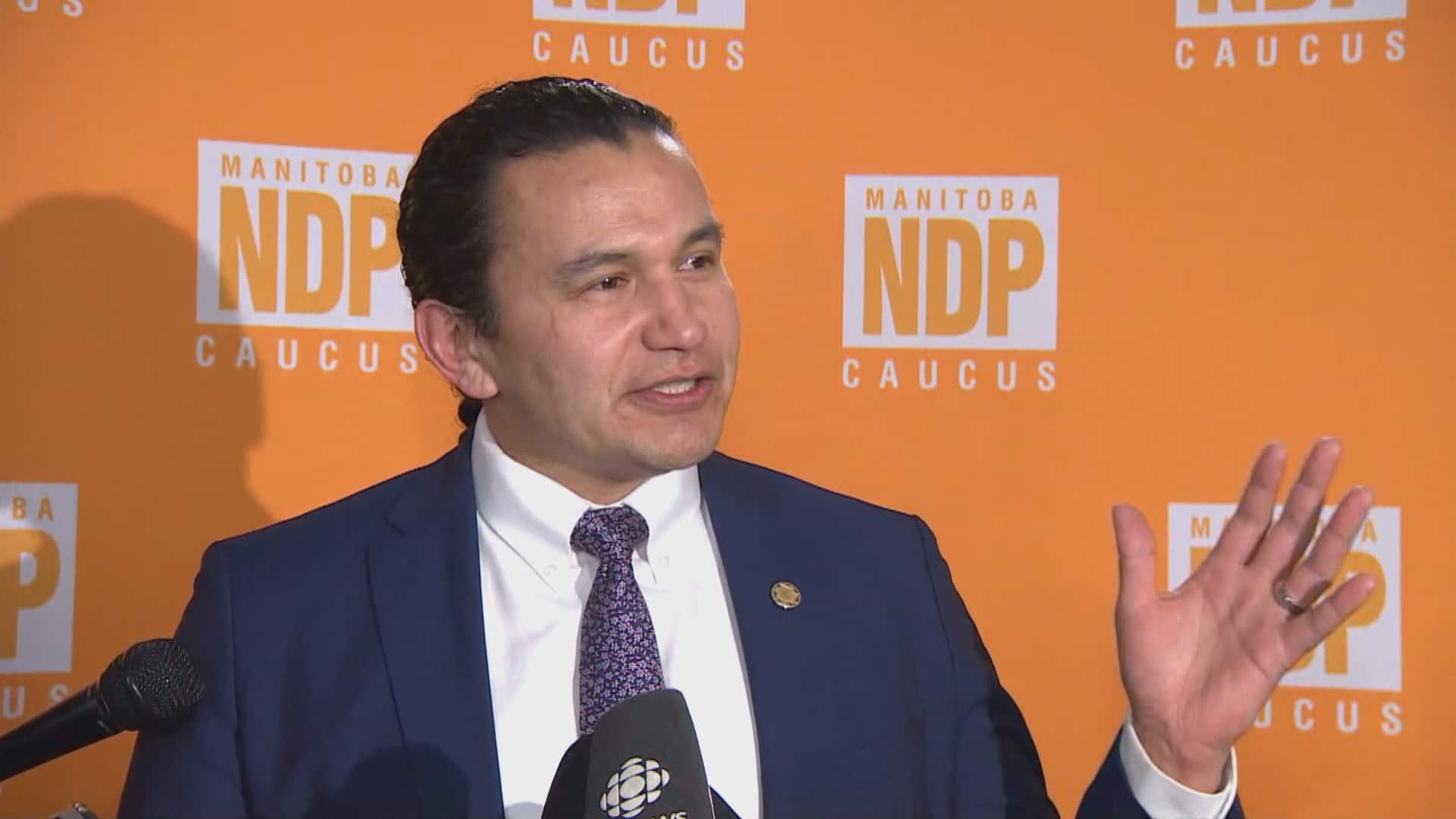 Pallister wouldn't say how many of the bills listed his government was planning to introduce on Wednesday.

The NDP objects to more than a dozen of those bills, Kinew said, adding his party is not deliberately trying to delay the budget, but trying to put a "time out" on the passing of the legislation before the deadline.

The government says it now intends to bring the spending plan forward on Thursday.

Manitoba Liberal Leader Dougald Lamont criticized the NDP's delay tactics at a time when the world is preoccupied with COVID-19 and economic uncertainty. But he also called on the Tories to withdraw the bills on the notice paper, which he called contentious.

"I don't doubt for a moment this is gonna be a crap budget from the PCs, but the fact is both of these parties have shown complete contempt for each other and for the democratic process," he said.

It doesn't make sense, he said, that the province would amend the Public Schools Act just before releasing its kindergarten to Grade 12 review, expected to made public later this month, which is supposed to guide educational reform.

"It underlines to me the fact that the K-12 commission may be a complete sham and that ultimately these [bills] are all just window dressing before the PCs just do whatever they want," Lamont said.

A Winnipeg political scientist said he has never seen this type of obstruction before on any government's budget, but the delay itself is not unprecedented.

Paul Thomas, a professor emeritus of political studies at the University of Manitoba, said the Opposition is playing "political gamesmanship" to create awareness and rile up its base.

Last spring the NDP used the same tactic, in which members of the legislative assembly raise points of privilege to hold up the passing of about half a dozen bills. At the time, some bills had to be held over until the fall session.

Thomas does not believe it will be much of a setback for the government this time around. The NDP has already signalled there is a limit on how long they will hold things up, he said.

"If they carry on too long the public will get angry — angrier than they already are about politicians in general," he said.

"They'll get angry about the silly games being played in the legislature and the fact that it's coming at the expense of the conduct of public business that needs to get done."