Greg Selinger: The politics of getting personal

Greg Selinger remained calm and collected when talking about his single mother, his absentee father and his childhood in St James.

What the NDP leader has to say about his mom, his dad and the pain of hallway medicine

Greg Selinger remained calm and collected when talking about his single mother, his absentee father and his childhood in St James.

But when talk turned to hallway medicine back in the late nineties, the NDP leader suddenly broke down.

"I'd actually broken my shoulder in a bicycle accident," Selinger recalled. And then he stopped. Heaved a jagged sigh, and choked out his next words. "When I went to the hospital I saw....my neighbours. In the hallways."

When asked what happened, he gave a broken answer: "I just thought people were not being treated properly." 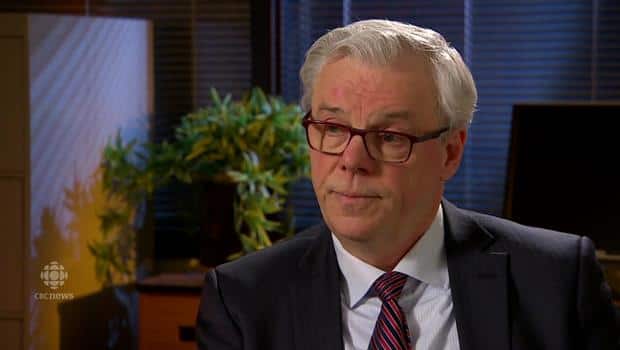 PROFILE | Greg Selinger: The politics of getting personal

5 years ago
2:13
Greg Selinger remained calm and collected when talking about his single mother, his absentee father and his childhood in St James. 2:13

When asked why he broke down, he responded "It was just what hit me at the time as I was thinking about it."

It was a unexpected though brief loss of composure in a one-on-one interview with Selinger; part of a series of profiles the CBC is producing on all the leadership candidates.

From the get-go, Selinger was clear the subject matter -- his personal life before he became Premier -- was not in his comfort zone.

I'm old school. I don't like talking about it.- Greg Selinger on getting personal

"I'm old school," he said at the start of the interview. "I don't like talking about it."

But he did talk. Albeit reluctantly.

About his mother, who moved to Winnipeg with her two sons after her marriage ended:

About his father and the last time he saw him:

"Not after I was five years old. It was a complete separation."

As for whether that impacted the young Greg?

"Well, it did but that's just the way it was. Your job was just to get on with doing what you do."

That meant living in St James, just off Portage Avenue and a few steps away from Billmar's, his mother's family clothing store. It was how his mother wanted it. That way the single parent could keep tabs on her sons and vice versa, he said. And when this new mall called Polo Park entered the picture, his mother "astutely" knew it was time to fold.

"I remember when we shut  it down," Selinger recalls. "It was a big auction and everybody came out to buy the stuff, right? That was how you'd wrap it up. You'd have a big sale and wrap it up."

Selinger then took on whatever small jobs he could get his hands on. Everything from delivering papers to building homes to working in a bakery. Making enough money to eventually move out, go to university and buy his first car.

At this point, talk turned to politics; a subject Selinger more readily discussed, despite the turmoil of his past year as Premier.

When he recalled the 'old boys club' that ruled city hall in the late 1980s, he referred to their tactics as bullying.

When asked if bullying still exists in provincial politics today, he said "absolutely."

When asked if he'd been a bully himself, he responded: "I don't believe so."

Even, he was asked, during the fall of 2014? When five MLAs staged an attempted coup to oust him as leader?

This is the second in our profiles of the political leaders who want to become our next premier. The CBC earlier profiled Liberal leader Rana Bokhari. The CBC has requests in to interview Conservative leader Brian Pallister and Green Party leader James Beddome.