Province wants to add teeth to municipal codes of conduct

The province is launching a series of consultations to tackle a trend of bullying and harassment on rural municipal councils, putting their codes of conduct under the microscope.

Consultations rolling out across province in June to hear from victims, municipal politicians

The province is launching a series of consultations to tackle a trend of bullying and harassment on rural municipal councils, putting their codes of conduct under the microscope.

Municipal Relations Minister Jeff Wharton said the goal is to bring what he calls a "culture of concealment" to a close.

"The code of conduct essentially doesn't have any teeth in it," Wharton said at the Manitoba Municipal Administrators Association's conference and annual general meeting Monday morning in Winnipeg.

The province is set to host seven roundtables across the province, beginning in June.

Wharton said he spoke briefly with Winnipeg Mayor Brian Bowman to determine that the city is on board. The city lobbied to add an integrity commissioner last year but wanted sanctions in place first, according to Wharton. The provincial initiative provides a chance to look at possible punishments and tougher rules for violations of the code.

Manitoba's Municipal Act, which is under review, requires each municipality to adopt its own code of conduct. It doesn't currently mention bullying and harassment.

Jackie Hunt is a former rural municipality of Richot mayor who stepped down from her post and publicly denounced the name-calling and belligerent behaviours she faced during both public and in-camera meetings. Hunt was joined by two other councillors, Jeannot Robert and Ron Mamchuk, who abruptly resigned last year, citing numerous problems on council.

Hunt said the reason for her resignation was to draw awareness to the fact that there are no mechanisms in place to enforce codes of conduct and sanction those in violation.

"It's one thing to have a code of conduct written into your policies within each municipality," Hunt said. "If there's no way to discipline or enforce those, other than a censure, which is essentially a slap on the wrist, then you're not doing a service."

West St. Paul Coun. Cheryl Christian, who was behind an anti-bullying resolution that went to the Association of Manitoba Municipalities, cautioned in an interview that overhauling legislation can be a long, complex process.

"In the short term, what are some things that could be done to address the harassment and bullying that elected officials and staff are experiencing?" she asked.

Rochelle Squires, the Manitoba minister responsible for the status of women, said she is pleased to see sexual harassment and bullying on the agenda for regional councils.

"We are in the middle of a social movement," Squires said, voicing her support for better protections for councillors, staffers and citizens who are victims of abuse.

"And it's unacceptable, and we want to make sure that the tools are in place so that those things can be dealt with," he said. 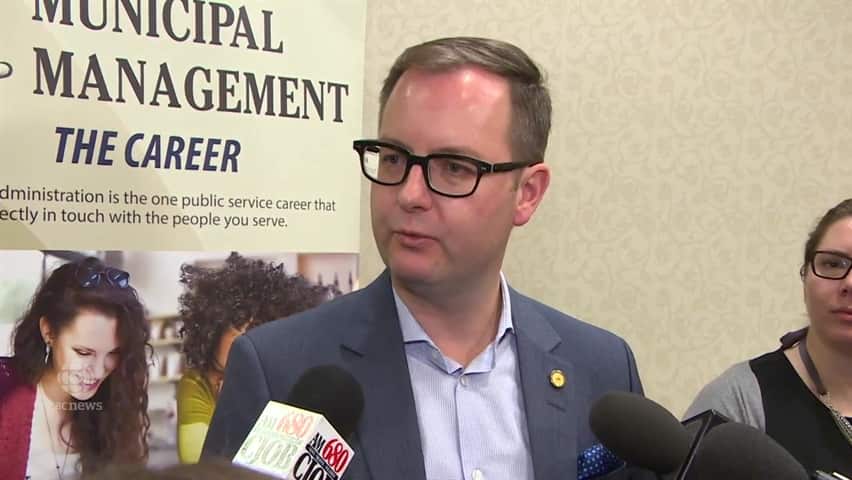 With files from Camille Gris Roy