The federal government has pushed back a deadline to approve the Manitoba-Minnesota Transmission Project, citing outstanding concerns raised by Indigenous communities.

The federal government has pushed back a deadline to approve the Manitoba-Minnesota Transmission Project, citing outstanding concerns raised by Indigenous communities.

In an email to CBC News late Thursday, a spokesperson for the minister of Natural Resources pointed specifically to the Pallister government's decision to back out of deals inked between Manitoba Hydro and Indigenous communities as the reason more time is needed.

"It has become clear through our consultations that agreements offered by Manitoba Hydro to Indigenous communities, and then discontinued by the Manitoba government were critical for Indigenous support for this project," said Alexandre Deslongchamps.

"It is also clear that this decision has affected Indigenous groups' support for the project."

A senior official with the federal government confirmed the province's move to scrap two previously planned financial agreements between Hydro and the Manitoba Métis Federation that led to the concern of Indigenous communities.

The project, which already has National Energy Board approval, will provide the final link in a chain bringing hydroelectricity from generating stations in northern Manitoba through the Bipole III transmission line and across the U.S. border.

All told, the line is expected to cost roughly $453 million and increase the province's electricity export capacity to 3,185 megawatts from 2,300 megawatts.

The Manitoba government approved an environmental licence for the project in April, and the federal government had been expected to make its decision Thursday, but that deadline has now been extended until June 14.

The province called on the federal government to approve the project "immediately," adding that delays could cost Manitoba ratepayers $200 million a year in damages, penalties and increased costs.

"The federal government has already had six months to consider and follow the comprehensive decision and recommendations of the National Energy Board to certify this project," a spokesperson for the province wrote in a statement.

"All Indigenous consultation and accommodation steps have been thoroughly reviewed and validated, and will continue to be addressed through conditions made in both the NEB process and our own environmental licensing process."

Last year, the Progressive Conservative government quashed Hydro's $67.5 million payment to the MMF, intended to garner their support for hydroelectricity projects. Premier Brian Pallister referred to the agreement as "persuasion money" at the time.

The deal had been negotiated by Hydro to get support from the MMF for construction of the Manitoba-Minnesota transmission line project.

Months later, the province scrapped the $20-million Turning the Page agreement between the MMF, Hydro and the province.

That deal laid out the terms for $20 million worth of payments to the MMF over 20 years in exchange for support for Manitoba Hydro activities, including the Bipole III transmission line and the Keeyask generation project.

The MMF filed for a judicial review in June 2018 asking Court of Queen's Bench to overturn Pallister's decision to scrap the $67.5 million payment and reinstate the deal. 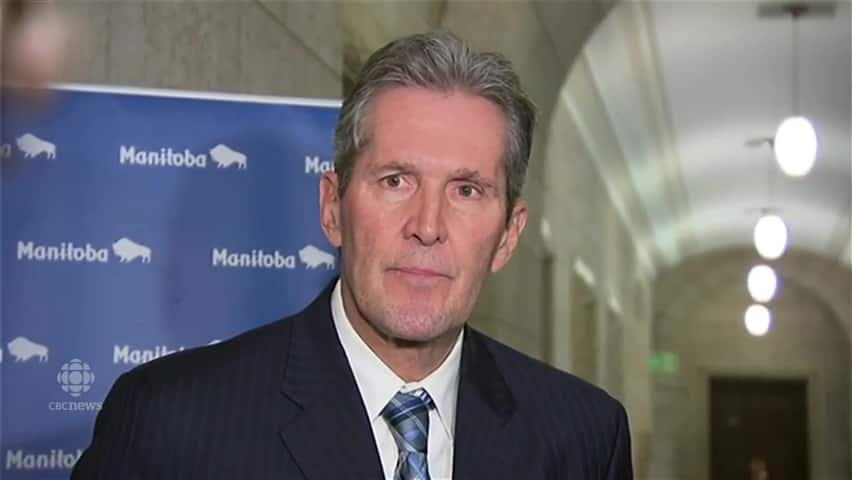 3 years agoVideo
1:04
Premier Brian Pallister told media Wednesday he believes the board resigned because the province won't agree to a $70 million payment to the Manitoba Metis Federation to smooth the process on the Minnesota-Manitoba transmission line. 1:04

The province says the project will create jobs and revenue in Manitoba while reducing greenhouse gas emissions.

"If the federal government is serious about fighting climate change while supporting necessary economic development, it needs to move this project forward now," the provincial spokesperson wrote.

The statement from the minister of Natural Resources said the minister's office is now "engaging in meaningful consultations with Indigenous communities potentially impacted" by the project.

"Following requests from Indigenous communities, and to ensure we meet our duty to consult, we have extended the timeline for a decision," reads the statement.

We know the only way for projects to move forward, create jobs and grow our economy is to address environmental, Indigenous peoples', and local concerns.

Construction of the Manitoba-Minnesota Transmission Project is already underway in Minnesota.

When asked about the deadline during a scrum Thursday, Pallister said he would be addressing the situation Friday.

With files from Ian Froese and the Canadian Press