Dramatic limestone cliffs, an aquamarine lake and some of the most productive wetlands in North America are just some of the attractions the federal Liberals hope to protect and turn into a national park. 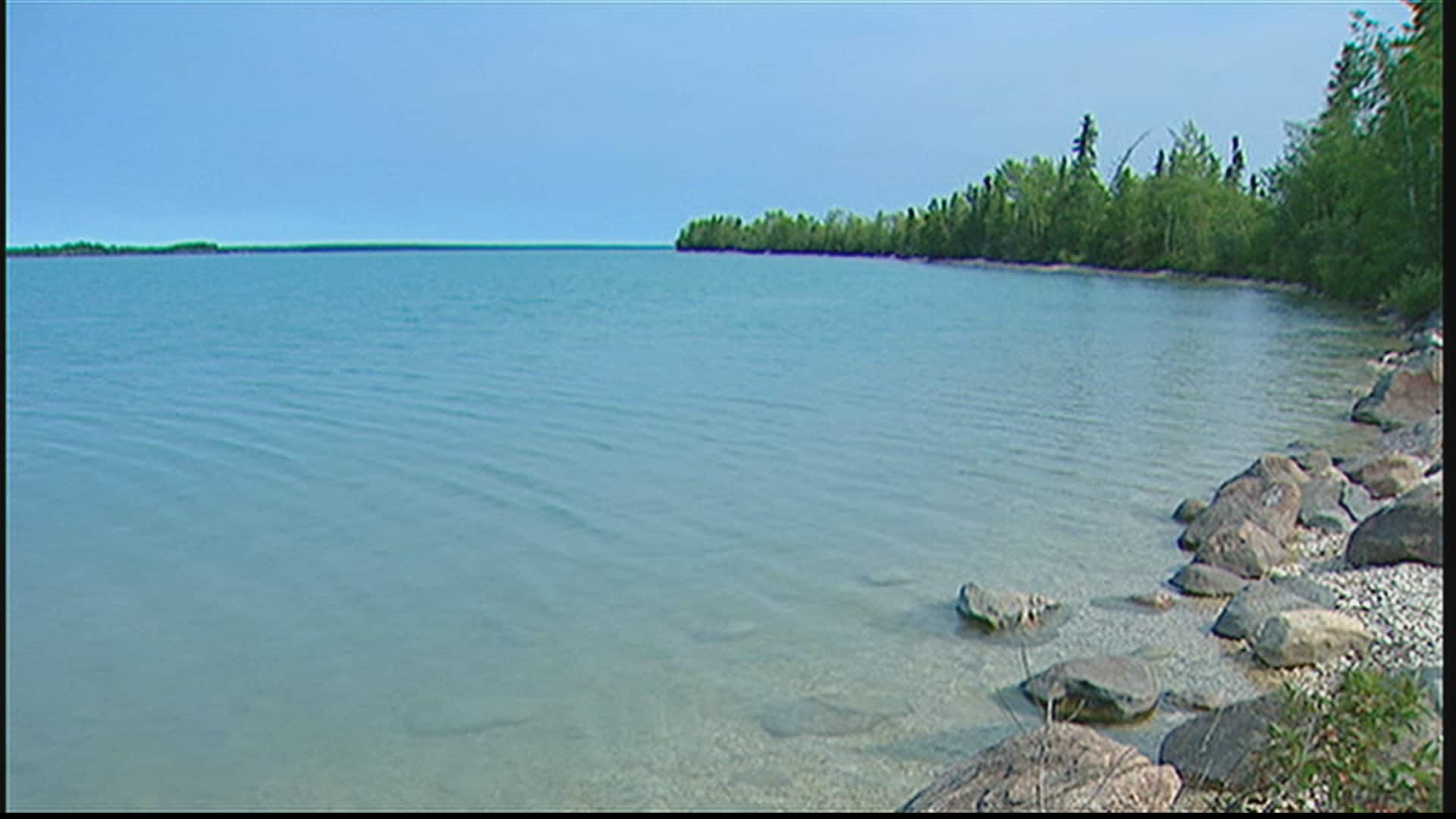 4 years ago
0:41
A proposed new national park for Manitoba will include the beautiful, colour-shifting Little Limestone Lake. 0:41

Dramatic limestone cliffs, an aquamarine lake and some of the most productive wetlands in North America are just some of the attractions the federal government hopes to protect when it creates a third national park in Manitoba.

The Manitoba Lowlands is one of only two regions in Canada designated to become a national park in the 2017 federal budget tabled by the Liberals Wednesday.

The spending plan is thin on specifics about the proposed new park, saying only that the government is "advancing work to establish" it. The budget offers no timeline for the park.

The proposed park area, according to maps drawn during previous consultations, stretches from the northern shores of Lake Winnipeg along Limestone Bay to the south of Grand Rapids along the Long Point peninsula and down toward Chitek Lake Park Reserve.

"I've had the opportunity to travel a bit and the more I see of the world the more I feel that this is an incredibly special place," said Heidi Cook, a councillor for the Misipawistik Cree Nation, located near Grand Rapids, Man., and home to territory in the heart of the proposed national park.

"There's areas where the cliffs are right up on the water, there's white sand beaches, there's lots of creeks and marshes and very rich areas for wildlife, a lot of birds."

Cook, who formerly worked in the community's lands office, took part in consultations with Parks Canada about 10 years ago on creating a national park in the Manitoba Lowlands.

Discussions about a park in the area date back to the 1970s, according to the environmental non-profit Manitoba Wildlands.

Cook said negotiations with Parks Canada were generally positive and established "common goals" about the importance of protecting natural treasures, but ended before formal lines could be drawn on a map.

Talks, she said, were halted after the previous Conservative federal government cut funding to Parks Canada.

"It's been very quiet for a number of years, which is why I was kind of surprised to hear a national park was going to be established," Cook said.

"Misipawistik Cree Nation has not given any consent to the creation of a national park at this point."

Gaile Whelan Enns, director of Manitoba Wildlands and a longtime environmental advocate, said if plans for a Manitoba Lowlands park are going to be successful this time, Parks Canada must work with all affected First Nations at every step of the process.

"In Manitoba, that's how we got to Wapusk National Park at the top of the province and along Hudson Bay. The four affected First Nations were part of all of the planning," she said.

It's clear to anyone who studies the environment that the Manitoba Lowlands is an important region in need of protection, she said, but it has to be done right.

Cook said previous consultations on creating a Manitoba Lowlands national park broke down in the mid-2000s, when then Misipawistik Cree Nation Chief Ovide Mercredi halted them over concerns the community wasn't being listened to.

'Caribbean' lake in the boreal forest

One of the many gems included in the Manitoba Lowlands region is Little Limestone Lake, a turquoise body of water that changes colour depending on the temperature.

According to Sustainable Development, the lake is considered the largest and most outstanding example of a marl lake — one featuring lime-rich mud — in the world.

The region also includes extensive bat caves and is the only location in the province where four species of hoofed animals — deer, bison, elk and moose — live together in the same habitat, said Whelan Enns.

"To support all four ungulates, the ones with big hoofs, is very unique," she said. "Any biologist, any botanist is going to tell you that."​

If turned into a national park, Cook worries that rare ecosystem could be put at risk. Unlike remote northern parks, the area is accessible by road and she worries a Manitoba Lowlands National Park would become a "target" for tourists.

"The human impact. That's the thing I'm most nervous about," she said.

Cook said she hopes she can work with the federal government to create an Indigenous protected area — where her community can have more say in how the park is managed — rather than a conventional national park.

"I think those are something that could be a really good fit for Misipawistik," she said. "We would benefit from some of the same protections as a national park with a greater recognition of our territorial sovereignty."

'It just makes sense': Manitoba First Nation could be latest to take control of reserve lands