Marie Paule Ehoussou from the Ivory Coast is out of a job and facing financial uncertainty like many international students who are riding out the pandemic in Manitoba.

Joblessness, uncertainty over scholarship extensions, ineligibility for CERB among concerns

Marie Paule Ehoussou from the Ivory Coast is out of a job and facing financial uncertainty like many international students who are riding out the pandemic in Manitoba.

"We are like asking ourselves,' Will we be able to continue going to school next year on fall semester?' That's a big question," said Ehoussou, vice-president external for St. Boniface University students' union, and the international student commissioner for Canadian Federation of Students.

"For a lot of students that I know, the answer may be no. That's very sad."

Ehoussou said herself and many others have been laid off for weeks from part-time jobs. Some are having to dip into money tucked away for tuition to pay for groceries and rent, she said, and that can't go on indefinitely.

Students from abroad account for millions of dollars in tuition fees annually to Manitoba's post-secondary institutions — they pay two- to three-times what domestics students do — but the level of that contribution to the local economy could be threatened by shuttered campuses, travel restrictions and anticipated budget cuts at colleges and universities.

The president of the Manitoba Organization of Faculty Associations said international students face the greatest uncertainty of any campus group right now.

"I would say the lives of our international students are lives of stress and uncertainty, and through no fault of their own," said Scott Forbes, who is also a biology professor at the University of Winnipeg. 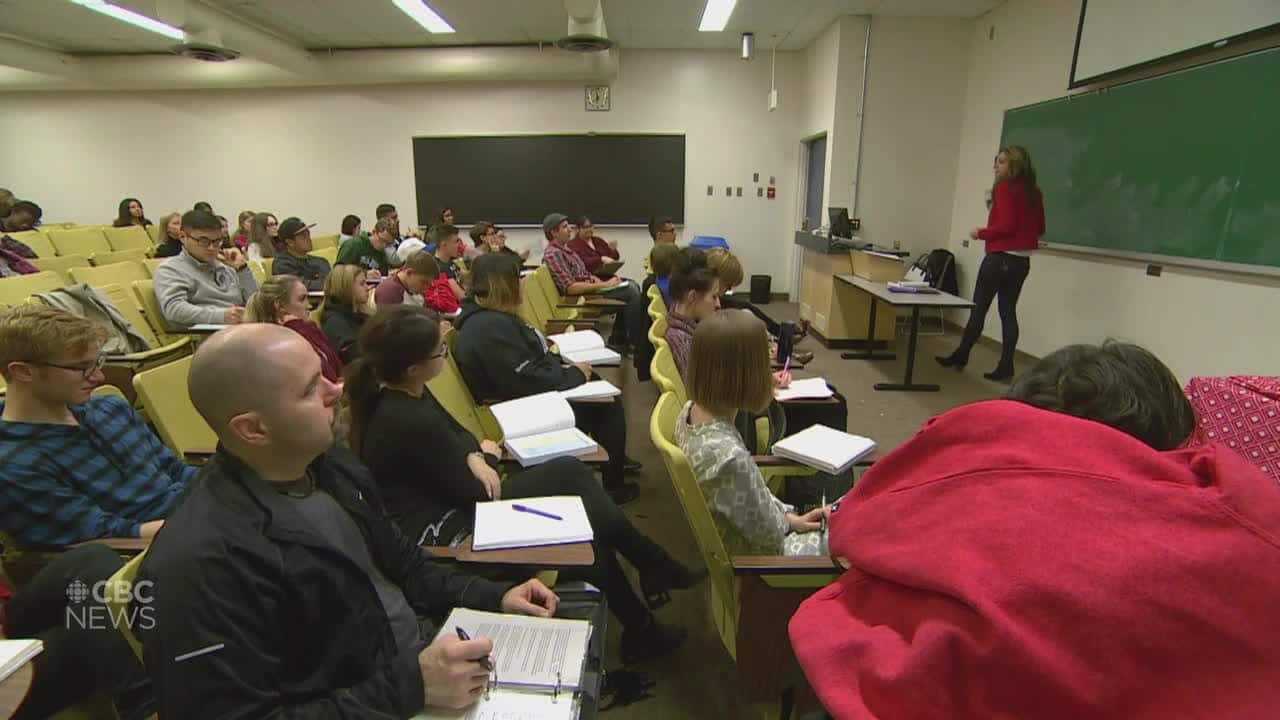 7 months agoVideo
1:49
Government supports for post-secondary students during the pandemic aren't accessible to all international students, and some worry that group could fall through the cracks if more isn't done to help them through the next few months of the pandemic. 1:49

Some don't qualify for the Canada Emergency Response Benefit because they weren't working enough before the pandemic to meet the CERB criteria, said Iranian master's student Roham Garmeh.

"This is why lots of my friends are not qualified for CERB," said Garmeh, who is a member of the University of Manitoba Iranian Students Association and is finishing his social work degree.

Garmeh was laid-off from his part-time job at a coffee shop in March. His application for employment and income assistance paid out once but was then denied due to the fact that he reported receiving funds through a scholarship, he said.

It took several days and hours on the phone with staff at the Canada Revenue Agency, but it sounds like he will qualify for the CERB and can expect his first payment soon.

Still, Garmeh's scholarship runs out in August, and with all the interruptions and other challenges he remains nervous.

"When you have lots of stress it affects everything: when you try and focus to do your proposal, to complete your courses, you find it very difficult."

'We need to do more'

The federal and Manitoba governments have both announced emergency funding supports for post-secondary institutions and students in recent weeks, some of which are available to some foreign students.

The province is adding $5 million extra for the Manitoba Scholarship and Bursary Initiative, in addition to the $10 million it announced in the 2020 budget. International students are eligible to apply to that, though aren't guaranteed to be selected.

International students are also able to apply for work through the summer jobs program the province announced a $120-million investment for this month, said a provincial spokesperson.

On the federal side, foreign students who were previously approved for a study permit have been exempted from travel restrictions into Canada. Eligibility rules have also been relaxed for the federal post-graduation work permit program, allowing foreign students to work more than 20 hours a week during the pandemic — but only if they're working in an essential service.

But Forbes said what's out there isn't enough.

"We need to do more, much more to help them," he said.

The proportion of international students continues to rise at all Manitoba post-secondary institutions, making that group increasingly important to the bottom lines of universities and colleges.

At the University of Manitoba, the average international student can expect to pay $19,500 a year compared to $7,100 for Canadians, according to the U of M. This doesn't include room and board; the U of M's residence packages range from $7,400 to $13,800.

At the University of Winnipeg, international students paid $15 million in tuition last year alone, said a spokesperson, and they made up 13 per cent of all enrolments last fall.

International enrolment has more than doubled at Manitoba Institute of Trades and Technology in the past five years. Sixty-eight per cent of students enrolled during the 2018-19 year were international, which represents about $11.5 million in tuition, according to numbers provided by MITT.

As for Ehoussou, she's been shelling out $11,000 a year to study at St. Boniface University, compared to her domestic counterparts who pay around a third of that, she said.

She's fortunate to have parents back home who are still able to send her some money for tuition.

But without a job or other supports to cover other costs in the short-term, she says the future looks blurry.

"It's going to be a really thin line," she said.