Many salaries at Hydro push well past $100,000, prompting responses such as 'alarming' from some observers. Hydro's 2015 public disclosure for compensation shows some job classifications earn nearly five times or more than Manitoba's median income for individuals. 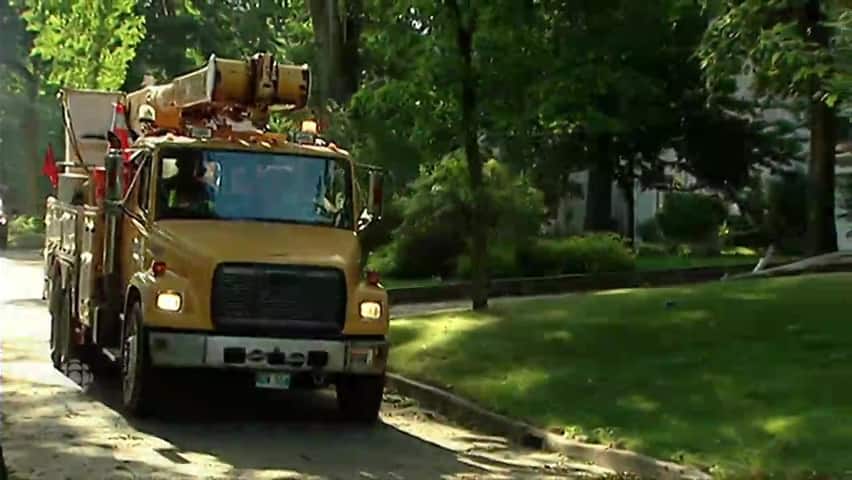 4 years ago
2:36
Hydro compensation documents show some workers such as lodge administrators and storekeepers took home more pay than the Manitoba premier did in 2015. 2:36

Hydro compensation documents show some workers such as lodge administrators and storekeepers took home more pay than the Manitoba premier did in 2015.

And dozens of workers more than doubled their salaries in overtime and 1,600 employees working out of the downtown building are getting $840 a year for a "downtown allowance" costing the crown corporation $1.3 million per year, according to a CBC News analysis.

"It's simply unacceptable. It's too much. It's completely unsustainable," said Jonathan Alward, director of provincial affairs for the Canadian Federation of Independent Business.

Some of those workers earn nearly five times or more than the average Manitoban — according to Statistics Canada, the median income in Manitoba in 2014 was $32,009. Overtime drives some hydro workers pay packages well into the highest tax brackets in Canada.

Sample of actual employee earnings for 2015

Unlike nearly all other public compensation disclosure documents in the province, Manitoba Hydro provides a complete breakdown of earnings for every employee, including base salary, overtime, northern allowance benefits and retirement payouts.

A CBC News analysis of this document revealed 90 staff whose salaries were more than doubled because of overtime payments alone. Add in other perks and northern allowance payments, and that figure jumped to 133 employees.

Number of employees by income range, 2015

More than the premier took home

Manitoba Hydro admits some people might be shocked to see storekeepers or lodging co-ordinators earning more than the premier of Manitoba, who took home $147,145 in 2015, but said there are explanations for such big pay packets.

"So on the surface while it does look, I will fully admit, like it's a large sum, it absolutely is in many cases a balancing act. Do you hire that additional body for a period of time and incur that training to get them up to speed?" said Scott Powell, Manitoba Hydro manager of public affairs.

Overtime for some employees on big projects such as the Keeyask dam or when staff respond for repairs following storms means salaries can rise quickly, Powell said, adding the company looks closely at overtime and the cost of hiring another employee when needed.

Benefits and training for extra staff can add up to more costs than paying in some cases more than $100,000 in overtime, Powell said.

"So do you hire additional people, pay the additional 30 per cent, roughly one-third benefit cost on top of the salary for a temporary period of time?" Powell said, adding everything paid out in overtime must be approved by managers.

Staff in northern regions are not the only workers getting extra benefits for tough conditions.

Since 2008, more than 1,600 workers at hydro's Portage Avenue headquarters receive $840 a year for what's called a "downtown allowance."

Powell describes the benefit as "a means to offset some of the additional costs of working downtown." That pay-out alone costs the company more than $1.3 million a year.

Business owners will have to shoulder part of the burden as Manitoba Hydro attempts to sort its financial position. The company has warned it will be seeking rate increases well in excess of the rate of inflation.

The provincial government and its Crown corporations have to start living within their means, said the CFIB's Jonathan Alward.

"Well, the results were alarming. It shows how out of touch public sector wages are compared to their private sector wages in the province. We understand that in some cases there needs to be overtime. But it really points to our larger trend of overspending on labour costs in Manitoba," Alward told CBC News after reviewing hydro's compensation data.

Alward said the wage gap has to narrow.

"In this case ... when you include salary benefit, hours, they're making 20 per cent more than their private sector counterparts."

The International Brotherhood of Electrical Workers represents nearly 3,000 workers at Manitoba Hydro. Union spokesperson and business manager Mike Velie said some of the big wage payouts need to be understood in the context of the harsh environments and long separations from family that workers endure.

"I can understand people getting critical about them but unless you've been there and you've worked those hours and you've worked under that environment, I don't think you really appreciate the conditions that they're working in." Velie said.

In some cases Hydro has difficulty retaining workers that are lured out of province by even better wages, Velie said, adding salaries and overtime often match what the market is paying.

"When you compare these to some of the camps in northern Newfoundland and Labrador or Alberta, I think these salaries are right in line or even below what some of the other provinces and utilities are paying," Velie said.

Nearly three thousand IBEW members signed a new contract with Hydro last year, guaranteeing them a 2.5 per cent increase in the first year and then two per cent in both of the following two years.

Velie knows the Progressive Conservative government is talking openly about looking at existing contracts for concessions and he's having none of it.

A spokesperson for the Canadian Union of Public Employees local 998 (which represents more than a thousand Hydro employees) declined to comment.

A message from Hydro president and CEO Kelvin Shepherd to staff last week warned the weak financial state of the utility will mean cuts.

"We will be looking at streamlining our organization structure and ultimately, in order to lower our operational costs, further staff reductions will be needed," Shepherd wrote.

In October, Shepherd and recently appointed Hydro board chair Sandy Riley briefed media on the precarious state of the utility's finances.

Rising costs for the Bipole III transmission line and the Keeyask dam have put the Crown corporation on a collision course with debt that might rise as high as $25 billion in the next several years.

CBC News asked board chair Sandy Riley if salaries would be part of the focus as the utility begins a long restructuring process.

"It really isn't appropriate for the board of hydro to comment on day to day operations of Hydro. That is the purview of Kelvin Shepherd and his team.I can say that our continuing strategic review of hydro operations and finances will include a close examination of all aspects of our expense structure," Riley wrote in response.

Retaining senior managers is proving a challenge for Hydro, despite boosts to salaries for top executives from 4.9 to 16.3 per cent from 2014 to 2015.

An internal review of executive salaries in 2013 found "Manitoba Hydro lags in total cash compensation" compared to other organizations in Manitoba. 52 staff at Hydro earn more than $200,000 a year.

Premier Brian Pallister's administration is in the midst of trimming 112 senior managers from the payroll of the provincial government and said plans to do the same at Manitoba's crown corporations are in the works.

Finance Minister Cameron Friesen gave CBC News the following statement; "Results of Hydro's board review earlier this year highlighted the direct connection between the financial health of the province of Manitoba and the corporation's growing and unprecedented levels of debt. It is obvious that the status quo has not been working for Manitoba Hydro and these numbers are therefore certainly concerning."