Manitoba Hydro could shed its energy-saving department if the Progressive Conservative government is successful in creating a new Crown corporation called Efficiency Manitoba.

Manitoba Hydro could shed its energy-saving department if the Progressive Conservative government is successful in creating a new Crown corporation called Efficiency Manitoba.

Crown Services Minister Ron Schuler introduced Bill 19, or the Efficiency Manitoba Act, Thursday at the legislature. If passed, the bill will create a stand-alone Crown corporation to promote what is called demand-side management of energy use.

Schuler said the goal of the new agency is to promote "initiatives to encourage energy conservation and efficiency."

The new entity would take over the existing Power Smart program currently operated by Manitoba Hydro. Staff at Hydro currently working with that program would be moved to the new Crown corporation.

The hope is that Efficiency Manitoba will help ease possible rate increases, make Manitoba Hydro and local businesses more efficient, and curb the need for new and expensive power-generation projects. 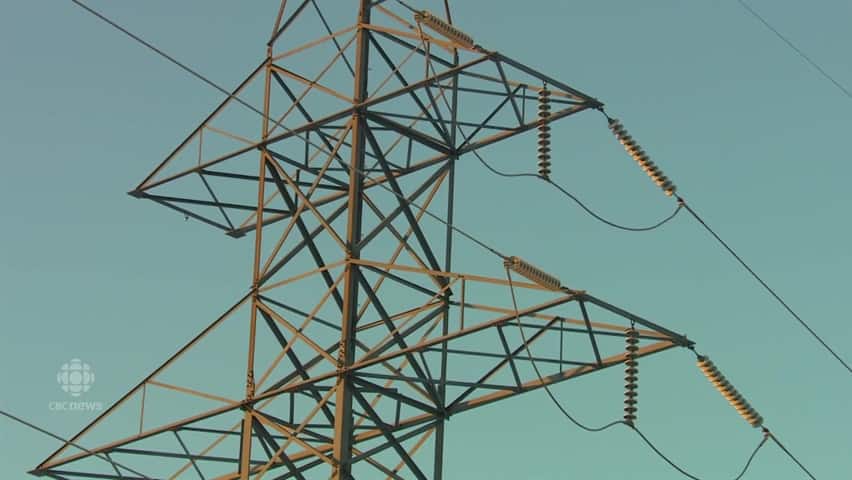 4 years ago
2:03
Manitoba Hydro could shed its energy-saving department if the Progressive Conservative government is successful in creating a new Crown corporation called Efficiency Manitoba. 2:03

A second bill now before the legislature would allow cabinet ministers to set specific performance targets for any Crown corporation for which they are responsible.

The ministers would also have the power to set policies on advertising, accounting and organizational reviews.

The proposal of the new Efficiency Manitoba organization fulfills an election promise made by the Progressive Conservatives. During his 2016 election campaign, Premier Brian Pallister pledged to "establish an arm's-length demand-side management agency with a focus on making Manitoba a leader in energy-savings programming."

"Manitoba Hydro is an energy provider — they are there to sell electricity, produce electricity and sell it," he said.

"And then on the other side we expected them to go and say, 'We'd like you to buy a lot of electricity. Oh, and by the way, we want you to conserve' ... There was an inherent conflict in Hydro."

Malcolm Bird, associate professor in political sciences at the University of Winnipeg, said placing Power Smart under the purview of Efficiency Manitoba will give the Pallister government more control over energy-saving initiatives and improve accountability on energy-saving targets.

Electricity in Manitoba is so cheap that Manitobans don't appreciate it.- Malcolm Bird

"The reason you would take the Power Smart program outside of Hydro is so that you can better structure the incentives to get the outcomes that you want, which is a reduction in electricity usage," Bird said.

The Public Utilities Board recommended a similar shuffle a few years ago, as did consulting firm Dunsky Energy.

In 2014, the PUB recommended the province create a new independent entity to manage energy-saving efforts and aim to cut electricity usage in Manitoba by 1.5 per cent per year over the long term.

The province is proposing the same annual 1.5 per cent target for Efficiency Manitoba, as well as a 0.75 per cent reduction in natural gas consumption.

The idea of the new Crown corporation is opposed by the Canadian Union of Public Employees.

The union commissioned a poll showing strong opposition — 78 per cent of those polled  — to the change. In a statement released in January, CUPE Local 998 president Chris Mravinec said the change would require setup and transition costs, and more money for a new board and administration.

"If the provincial government was committed to reducing red tape it would leave Power Smart as is," Mravinec said in the release.

Schuler said it's not yet clear how much it will cost to start up Efficiency Manitoba, who will sit on the board or how many current Manitoba Hydro staff will be affected.

Mravinec said about 100 staff would be directly impacted by the change and he hopes they have jobs waiting for them at the new agency.

"A lot of them are looking at the end of their career if they don't, so the expertise is needed," he said.

"[Power Smart employees] deserve a process that includes clear, ongoing communications with them, and that focuses on minimizing uncertainty regarding their positions, either within Hydro or with the new entity," the report reads.

"Anything less could put retention of valuable talents at risk."

At this point, Bird said it's reasonable some Manitobans would be against the change.

"We don't know exactly what this Efficiency Manitoba is going to look like, or how it's going to work. It makes sense that people would say, 'I support the current program,'" he said. "The bigger question for the provincial government is, how are they going to sell this?"

Hydro's board said in February double-digit increases to electricity rates will be needed for at least five years to steady the Crown corporation, which Schuler previously suggested was "bankrupt."

Bird said as someone who comes from out of province, he thinks Manitobans don't fully realize how little they pay for electricity and he supports a rate increase.

"Electricity in Manitoba is so cheap that Manitobans don't appreciate it," he said.

"Talk to anybody who has come to this province from other places and we recognize that power is really cheap. In some respects that's really good, but it often means people are really wasteful with it, and I notice that."