A Manitoba woman and her horse will take on some of the world's best in endurance riding, a long-distance racing sport, in France next month. 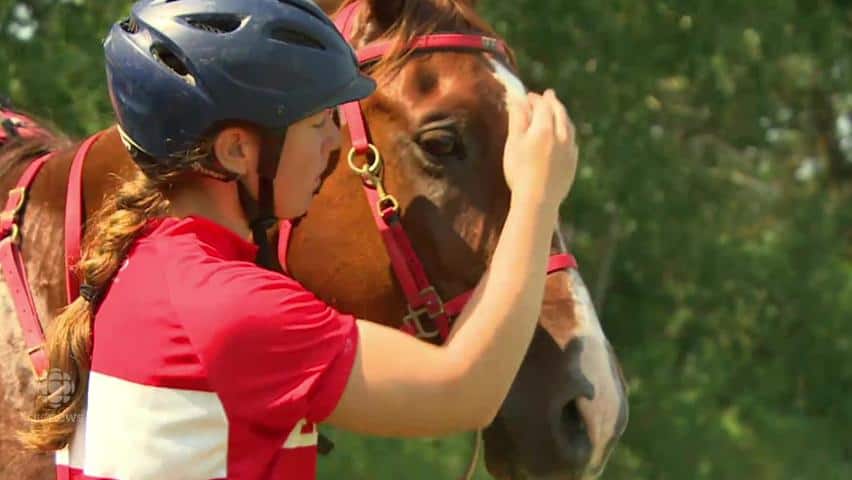 6 years agoVideo
1:47
Jessica Manness of Birds Hill, Man., and her horse will take on some of the world's best in endurance riding, a long-distance racing sport, in France next month. 1:47

A Manitoba woman and her horse will take on some of the world's best in endurance riding, a long-distance racing sport, in France next month.

Jessica Manness of Birds Hill and her horse, Glider, will compete in the endurance competition at the Alltech FEI World Equestrian Games in Normandy, France, on Aug. 28.

They will join five other horse and rider pairs in the Canadian contingent, competing against 48 other nations.

"I'm really proud to be doing it. It's been a lot of hard work. It's been years of training," said Manness, who is Canada's top-ranked endurance rider and is ranked 13th in the world.

"You can't just take a horse out of the pasture and do this. It's been at least four years of just constantly building and building up from that."

Horses in the day-long endurance competition will run a 160-kilometre course through the Normandy countryside, with rest stops and veterinary checks along the way.

"This trail is set up like the Tour de France, where you go right through the middle of town, you go across bridges, and people have horns and streamers and stuff and they're all screaming on the sidelines," Manness said.

"He's not really used to that, so that will be probably the biggest challenge."

'He always wants to go faster'

Endurance riding will be featured at the 2015 FEI Pan American Endurance Championships in Ontario, and Manness says it will be a demonstration sport at the 2020 Summer Olympics.

The sport requires concentration and fitness on the part of both rider and horse, and Manness said it's demanding on both Glider and her.

"It is tough. You have to be moving with the horse, and when you have a horse that wants to go as fast as him, you have to have a lot of upper-body strength because the whole time you're holding him back," she said. "He always wants to go faster."

Manness said they've been constantly training for at least four years and travelling as far as Florida to compete in four or five events a year.

But she added that the experience has been inspiring younger generations to take up the sport — including her eight-year-old daughter, Abby, who has already started competing.