Manitoba's health minister is facing calls to resign after he refused to apologize for questioning the motivation of a group of doctors who warned of "grave peril" if the province doesn't contain the COVID-19 pandemic soon.

'He should resign because an apology is the bare minimum,' NDP health critic says

Manitoba's health minister is facing calls to resign after he refused to apologize for questioning the motivation of a group of doctors who warned of "grave peril" if the province doesn't contain the COVID-19 pandemic soon.

At a committee hearing Tuesday, Cameron Friesen accused the group of more than 200 doctors and infectious disease experts of "causing chaos."

"If he doesn't apologize, he should resign because an apology is the bare minimum," NDP health critic Uzoma Asagwara said.

"It's the bare minimum of being accountable to Manitobans and accountable to the health-care providers who are literally putting their health at risk."

The health minister challenged the purpose of the letter, which called for stronger action from the province, including emergency funding.

"I get it, they're scared and they want the best for their patients and I absolutely agree," Friesen said on Tuesday. 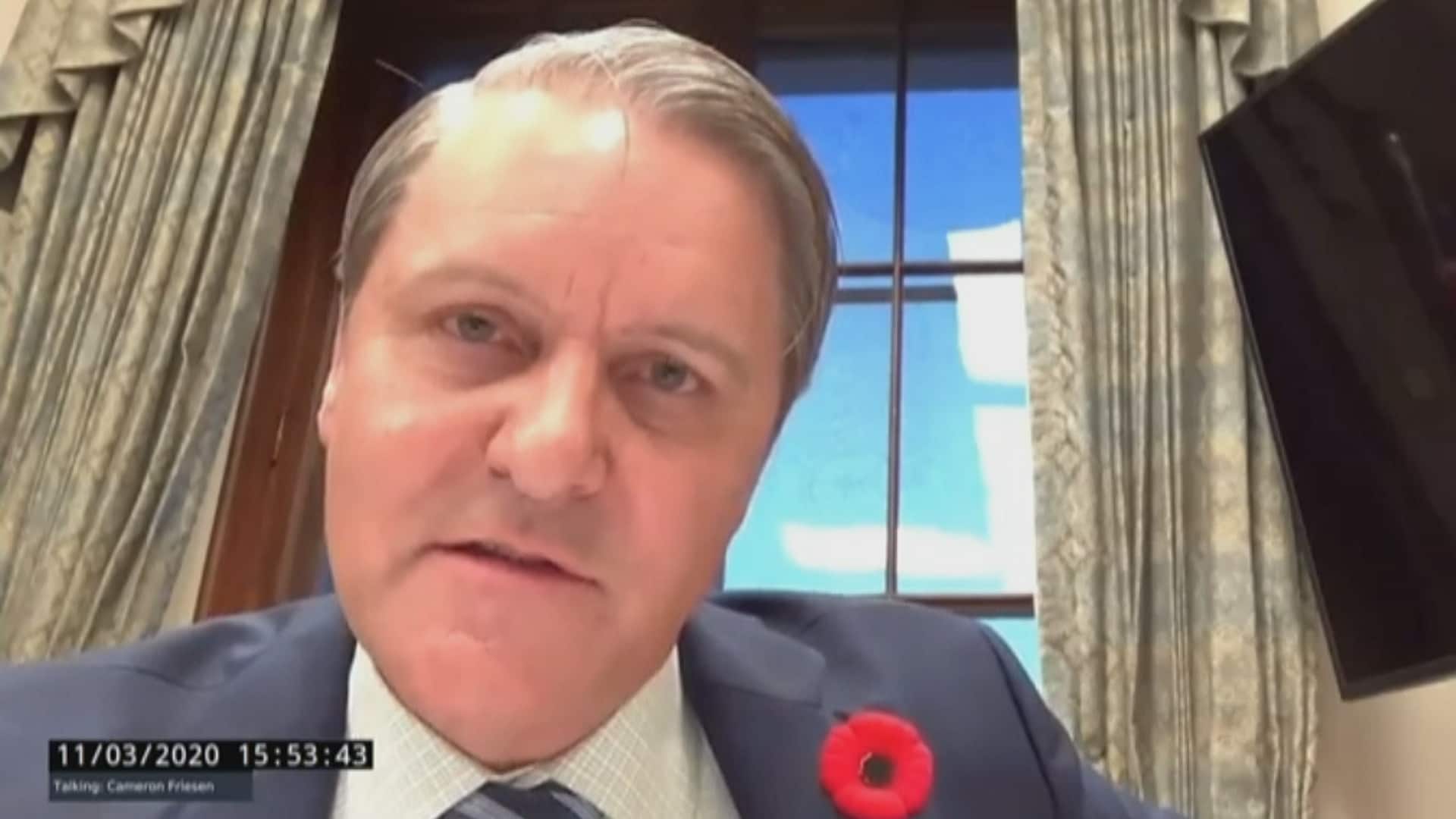 4 months ago
0:45
In a committee meeting Tuesday, Manitoba Health Minister Cameron Friesen responds to a group of doctors who publicly raised red flags about the province's pandemic response. 0:45

"But I wonder at the motivation to produce that letter, to generate it at a time when they knew it would have maximum effect in causing chaos in the system when Manitobans need most to understand that the people in charge have got this."

The condemnation of Friesen's comments was swift on social media after the NDP posted a video of his remarks.

On Wednesday, however, Friesen resisted Asagwara's repeated calls to apologize.

Instead, he expressed gratitude for the work health-care workers accomplish every day.

"While I stand by the words I said yesterday … the timing is a challenge right now, because right now we really believe that Manitobans need reassurances," he told Wednesday's committee hearing. "The numbers for COVID-19 are continuing to travel upwards — that makes a lot of Manitobans very nervous."

The Morden-Winkler MLA also said the letter demonstrates some doctors are afraid, and it is the government's responsibility to take action to create a safe working environment.

Manitoba Liberal Leader Dougald Lamont argued that asking Friesen to tender his resignation as health minister is justified. He had already asked Friesen to step down a few weeks ago, insisting the government was unprepared for the pandemic's second wave. Information Radio - MB8:25A doctor reacts to health minister's controversial comments
Doctors are reacting to comments made by health minister Cameron Friesen yesterday, where he questioned their motives for calling on the province to take urgent action over rapidly rising COVID-19 cases. And the doctors want an apology. Dr. Eric Jacobsohn is one of those doctors. 8:25

"Everybody else out there has to face consequences when they screw up, and that doesn't happen in this building and it should," he said.

Many in the medical community took offence to Friesen's controversial comments.

"I'm a bit astounded at his reaction," said Dr. Dan Roberts, a physician and former director of the medical intensive-care unit at Winnipeg's Health Science Centre.

"To question the motivation of concerned physicians is a bit extreme and saying that 'he's got this,' I think is hubris.

Another physician, Dr. Eric Jacobsohn, said many of his colleagues found Friesen's remarks ill-conceived, but they're fearful to speak out.

"It's a bit of a sad indictment of a system where well-meaning people, hard-working clinicians …  in an excellent public health-care system feel vulnerable giving their opinions," he said.

"I think that's the antithesis of what our health-care system is meant to be."

"That's what this minister has done and that's what he's going to darn well keep doing."

Friesen's spokesperson said the minister couldn't speak to media on Wednesday because he had to go straight to a committee hearing after question period. CBC News approached him as he walked out of question period, but he walked back inside. 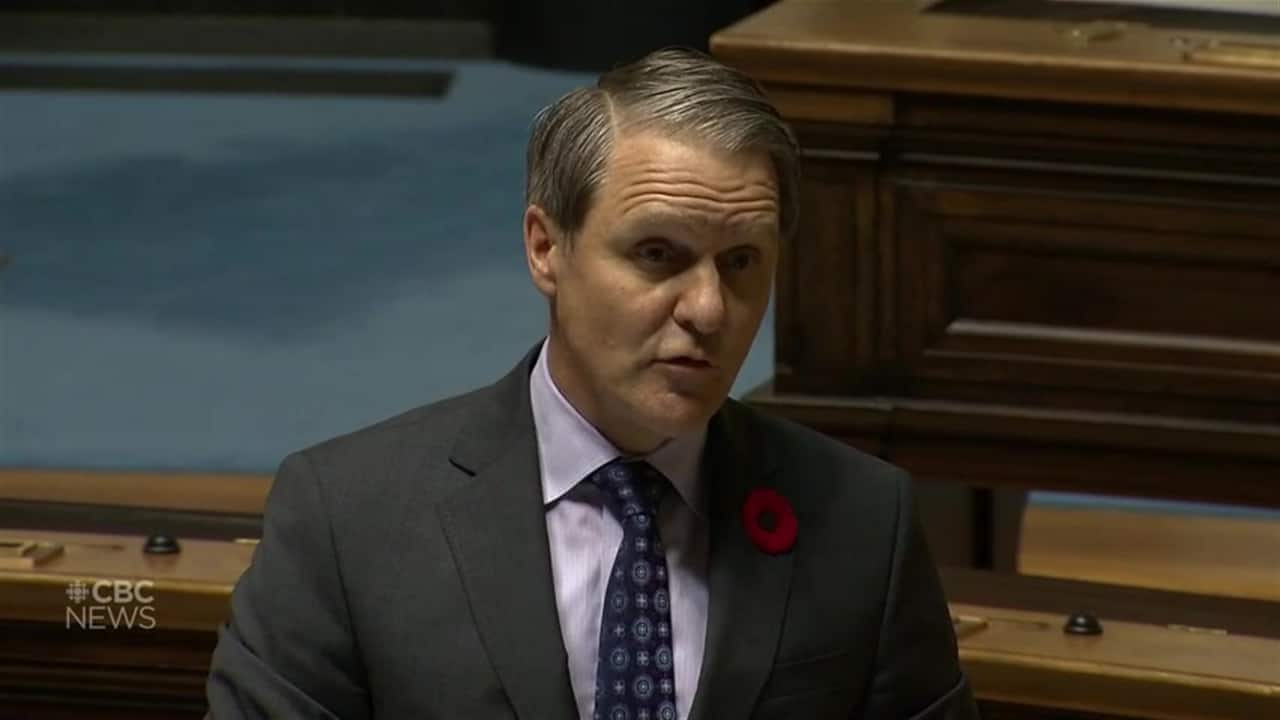 Health Minister on the hot seat with Manitoba doctors

4 months ago
2:32
Manitoba's health minister is facing calls to resign after he refused to apologize for questioning the motivation of a group of doctors who warned of "grave peril" if the province doesn't contain the COVID-19 pandemic soon. 2:32