Manitoba is facing the prospect of a major spring flood along the Red River and very dry summer conditions along the Assiniboine River and other western regions of the province.

Red River flood now expected to be similar to 2011 event, which closed Highway 75 for almost a month

Manitoba is facing the prospect of a major spring flood along the Red River and very dry summer conditions along the Assiniboine River and other western regions of the province.

In the first hydrological outlook of the season, the province is predicting a Red River flood on the scale of the 2011 deluge if weather conditions are average over the next few months.

At the same time, the province is taking the unusual step of topping up the Shellmouth Reservoir on the Assiniboine River at a time of year when the artificial lake is often drawn down, Manitoba Infrastructure announced. The city of Brandon relies on stable summer flows along the Assiniboine to ensure the quality of its drinking water.

In the short term, the province is focused on the Red River Valley, where the snowpack ranges from below normal in Manitoba to above normal closer to Fargo, N.D., in the United States.

The U.S. National Weather Service is expecting a major flood along the Red from Fargo to the Canadian border.

Manitoba flood forecasters also are predicting a major flood along the Red if the weather is average or unfavourable in the coming weeks.

In 2011, Highway 75 was closed at Morris for 29 days, Manitoba Infrastructure Minister Ron Schuler said. A flood of this severity is expected if the spring weather conditions are close to the averages for March and April.

This is a slightly more optimistic prediction than forecasters are making in the U.S., where the Red is narrower and has a smaller capacity.

While a lot of water is expected from the U.S., much of the southern Manitoba snowpack has turned directly into water vapour in recent weeks, Schuler said.

"We've seen a lot of sublimation take place, not just here in Manitoba, but we noticed it substantially in the Dakotas,"she said.

If there's a quick melt, a lot of snow or heavy rain over the next two months, the Red River flood could come closer to the flood of 2009, when Highway 75 was closed for 37 days.

Conversely, good weather in March and April could reduce the scale of the flood to what the Red River experienced last year in Manitoba, when the river largely stayed within its banks.

All Manitoba communities along the Red River have flood-protection measures in place to handle all these scenarios, Schuler said.

"We are standing on what we believe is very solid ground. We've been correct for many, many years on our forecasting. So we're staying steady as she goes," Schuler said. "At this rate we don't see a substantive issue."

The province is expecting no significant flooding along the Assiniboine River, Schuler said.

Dry conditions are more of a worry out west, he said. 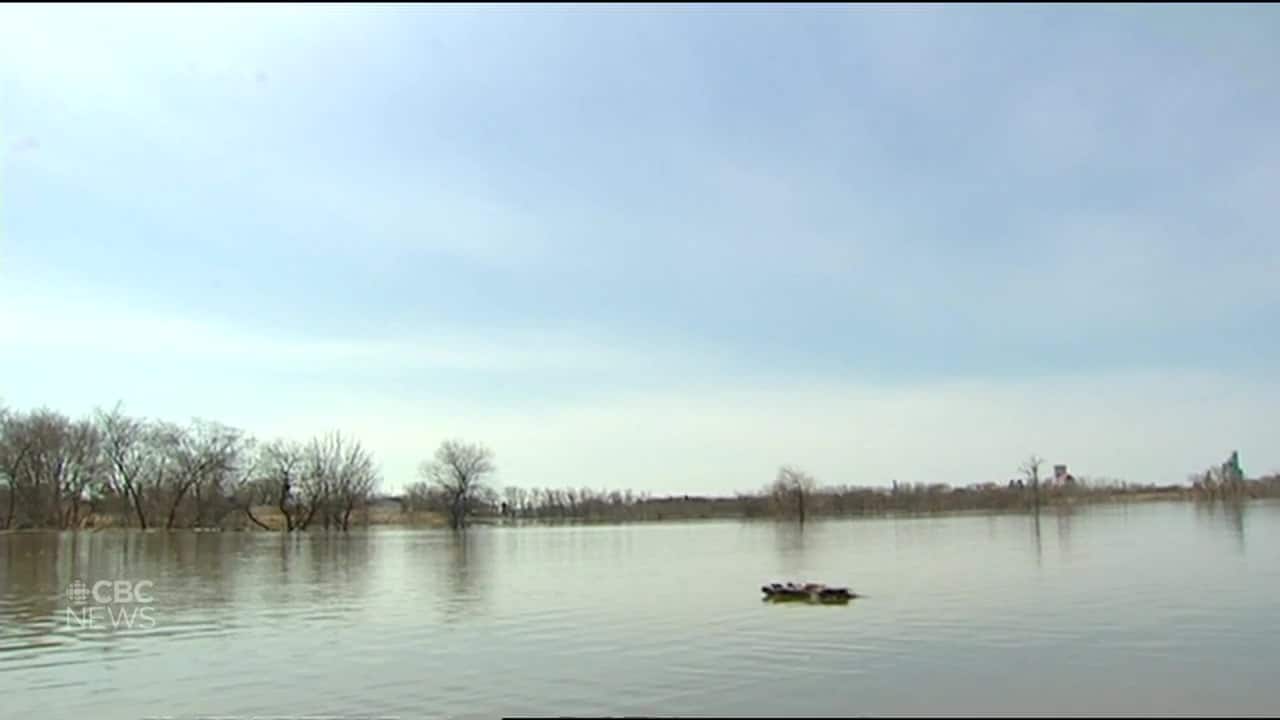 9 months agoVideo
1:46
Manitoba is facing the prospect of a major spring flood along the Red River and very dry summer conditions along the Assiniboine River and other western regions of the province. 1:46
CBC's Journalistic Standards and Practices|About CBC News